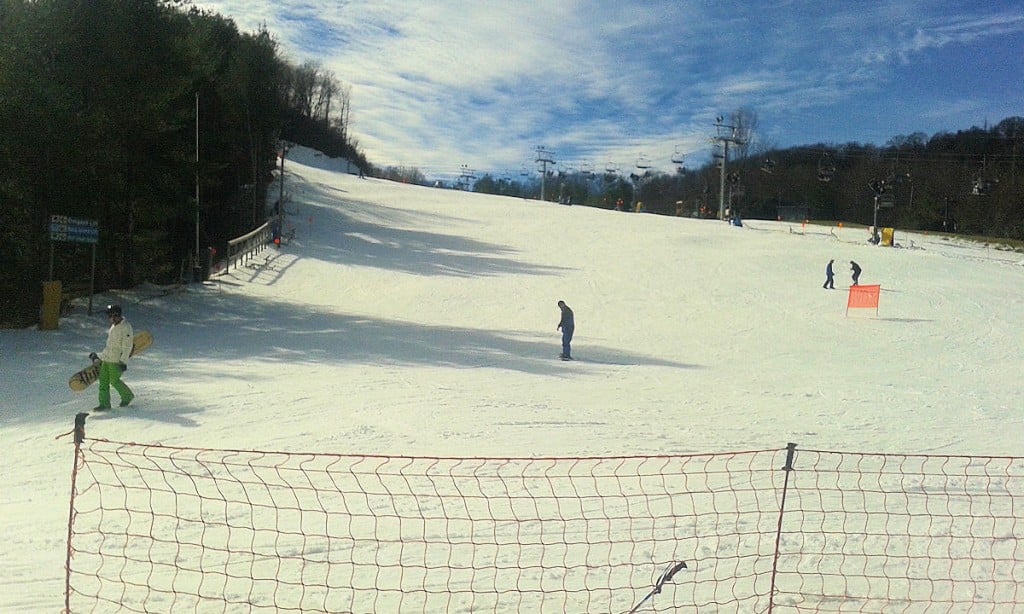 I  got out for my first runs of the season today at Cataloochee and had a solid day, actually a great first day given the challenges of high temps and no snow that have plagued the southeast thus far.

To quote an obscure little band from the sixties: “Oh that magic feeling.” Laws of physics were suspended once again and lift off was achieved. The unlikelihood of it all blows me away every year that I drop into my first run.  Friday at Cataloochee is often my first day of the season, after gobbling turkey with my family in Sylva, and usually that is with my sons too but they’ve had the audacity to grow up and move elsewhere so I was solo today.

I arrived at 8 a.m. and found the next best parking spot available; apparently the director of ski patrol feels entitled.

After a cup of coffee I hit the emptiest holiday slopes I have ever experienced.  For most of the morning I could never have looked around and counted more than 20 people on the slopes.  Just before noon I finally had to brake once or twice before skiing directly onto the lift.  Was there a bad turkey outbreak yesterday because the slopes were insanely empty today?

It may just be that folks can’t wrap their heads around what snow makers can produce now and how the groomers can make it last. 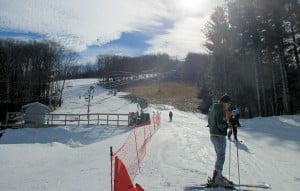 As far as the slope conditions;  it was choppy and stiff, a little rugged, early in the morning;  soft and fun but still not slushy when I left at one o’clock.  Significant patches of dirt were breaking through above the halfway mark, but almost none from mid-mountain to the bottom.  I’ll put it this way, my new skis still don’t have a scratch and I was not treating them with any special care (although I stopped treating skis with care a long time ago.)

I want to stress how surprised I was at the conditions and lack of crowd and as a result how much fun some of the new families and old regulars were having.  I don’t know with certainty, but I’m guessing they will manage to open the same amount of terrain tomorrow. If you can get there early you will have a great day in store.

By the way I may have mentioned this in an earlier column,  but check out the Slide in Five package that Cataloochee has put together this year, I think it’s pretty exceptional.