Davis, W.Va. (November 15, 2021) – Canaan Valley Resort’s ski area, the site of the first commercial ski development in West Virginia and any state south of the Mason-Dixon line, is celebrating its 50th anniversary during the 2021-2022 ski season. 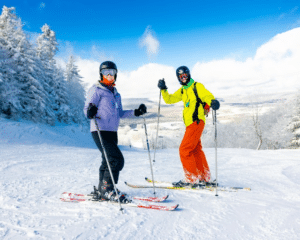 Situated in the highest mountain valley east of the Rockies, Canaan Valley Resort invested significantly in the property’s ski operations in the offseason, doubling the size of the tube park, adding a new RFID lift ticket and online ski/snowboard rental ordering system, a new rental shop, and other enhancements that will greatly improve the guest experience.

“In celebration of our 50th anniversary and as the birthplace of commercial skiing in West Virginia and the southern United States, we are very proud to celebrate and carry on the legacy of outdoor winter adventure in West Virginia,” said Sam England, general manager for Canaan Valley Resort. “The multi-million-dollar investment into ski area operations over the past several months demonstrates the West Virginia Division of Natural Resource’s commitment to improving our facilities and making sure all our visitors experience the ‘Wild & Wonderful’ attractions and “Almost Heaven” scenery offered at Canaan Valley Resort.”

The ski area is tentatively slated to open for the 2021-2022 season, weather permitting, December 18.

While Canaan Valley Resort is celebrating the 50th anniversary of its ski area, the 2021-2022 ski season also marks the 70th anniversary of commercial skiing in West Virginia and the southern Mid-Atlantic states.

The first commercial ski development in West Virginia (and any state south of West Virginia) occurred on Cabin Mountain, the site of Canaan Valley Resort’s ski area, in 1951.

Members of the Washington DC Ski Club identified the Canaan Valley area of Cabin Mountain as an opportune place for ski development based on airline pilot reports of large drifts of snow remaining into late spring.

Cabin Mountain Ski Area, as it was known and established in 1951, featured two rope tows on 40-acres of terrain stretching from Route 32 in Canaan Valley to a height of 3,600 feet. Runs extended a quarter mile down a slope with a vertical drop of 300 feet. It was the first commercial ski establishment south of the Mason–Dixon line. The ski area closed in 1962.

In 1955-1956, Robert Barton established Weiss Knob Ski Area, which encompassed the Cabin Mountain Ski Area terrain but ascended higher up the mountain, climbing to a height of 3,900 feet. It featured 60-acres of terrain serviced by a T-bar lift, as well as three rope tows.

This site was acquired by the State of West Virginia in 1959, so Barton reopened Weiss Knob Ski Area at a new location on Cabin Mountain’s Bald Knob. Opening in fall 1958, the new site featured four rope tows and the first snowmaking equipment in West Virginia. The operation remained open until 1970, when the impending opening of Canaan Valley Resort prompted its closure. This new ski area was actually a redevelopment of the original Weiss Knob site. 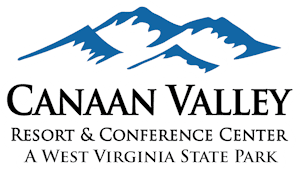 Canaan Valley Resort is a four-seasons destination with a wide array of adventures and a variety of guest rooms and cabins. Canaan Valley Resort Ski Area is in the highest mountain valley to the east of the Rocky Mountains and is known for breathtaking views of the mountainous region. The ski resort has a summit elevation of 4,280 feet above sea level, 91 skiable acres, four lifts – one quad, two triples and two magic carpets – a terrain park and ski school. With 47 trails and slopes, the Critters Crawl beginner and ski school for private and group lessons – including adaptive skiing – Canaan Valley Resort Ski Area offers a memorable winter adventure for every skier and snowboarder. The resort also offers a tube park, ice skating rink and cross-country skiing.

Canaan Valley Resort is owned by the state of West Virginia and managed by Sioux Falls, S.D.-based U.S. Hotels and Resort Management, Inc., which operates hotels, resorts, state park lodges, golf courses and restaurants in 13 states throughout the West and Midwest.

Previous Post
The 2021-22 Season Kicks Off At One Resort Today!
Next Post
Cataloochee Announces Tentative Opening Date of Saturday, Nov. 20