Back to the Grind… 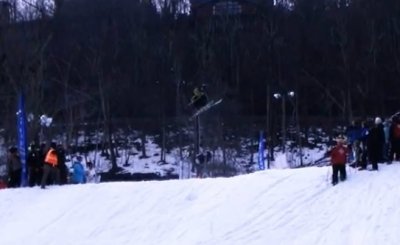 I’m glad that I’m not the only one who has trouble finding things to write about when the weather is crummy. Mike mentioned yesterday how he was thinking it was going to be difficult to find things to talk about, and I’m having that same problem this morning! The combo of having to wake up at 5:15am, the weather, and the fact that it’s a Monday is causing some problems for me this morning. I think I can pull it together though.

Well, what is there to say about the weather? It sucks today. I can hear the underdeveloped snow hitting the roof right now. I’m looking at the radar right now and it’s not looking great either.

There have actually been a number of tornadoes reported across the Deep South overnight. Areas around Birmingham have been hit once again it appears. The sub-par snow conditions today don’t really seem that important when you put things in perspective.

While the ski areas won’t see any of that severe weather, it is going to be wet today. The general consensus from the NWS seems to be that everyone will see in the range of a tenth to a quarter inch of underdeveloped snow. That’s actually not too bad compared to the downpours we saw in December.

More good news is that base depths are well above what they were in December, so this round of underdeveloped snow shouldn’t put a HUGE dent in those bases. The amazing snowmaking over the past few weeks has ensured that things won’t become as bad as it was earlier this season.

After we get through today, things don’t look too bad for Tuesday and Wednesday. It looks like the North Carolina and Virginia ski areas will see highs in the 40’s and lows in the mid 30’s. So we won’t see any snowmaking at those resorts, but temperatures won’t be terribly warm either. The snow should harden up a decent amount at night as well.

As bummed as I am about today, I am optimistic over the fact that it looks like colder temperatures return for the weekend for EVERYONE. I’ll talk more about that later this week…

ONLY A FEW MORE DAYS TO ENTER TO WIN A FREE WEEKEND SKIING VACATION!

Just a reminder that you only have a few more days to enter to win 2 free nights lodging and 4 free lift tickets! Wednesday will be the last day to enter. I will announce the winner on Thursday morning here in the First Trax. Submit your entry today!

On a quick note before I go, I want to give some HUGE props to a skier named Berkley Wilcox. Yesterday at the Shred for the Cup Big Air Contest at Appalachian Ski Mountain, he threw a SWITCH Double Rodeo 1080 in the contest! Professionals do tricks like that. It is crazy to see on video.  Apparently it is the first switch double rodeo or double backflip to be thrown in the state of North Carolina. 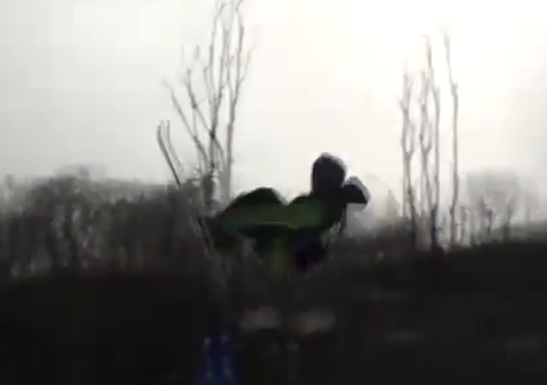 <<< I can’t even fathom doing something like a double rodeo 1080.  It’s pretty amazing stuff.  Check out a quick clip of the trick by going HERE.  (EDIT: Head over to our VIDEO PAGE and watch the video.  The trick is at the 53:40 mark)

Mike was out there yesterday getting video and what not of the competition.  He edited a bunch of footage and uploaded it for you guys to watch over on the VIDEO PAGE.  So, if you have some free time (it’s 68 minutes long) head on over there and you can view the entire contest.  I’ll have to check it out later when I get a chance as I’m sure it’s pretty amazing to watch.  The kids that ride at App are insanely good.  I’m pretty intimidated when I go there to ride.  Half the fun for me is just watching others ride as it’s pretty entertaining.

Alright, well that’s a wrap for today.  Don’t let the weather bum you out too much.  Think cold and snow!