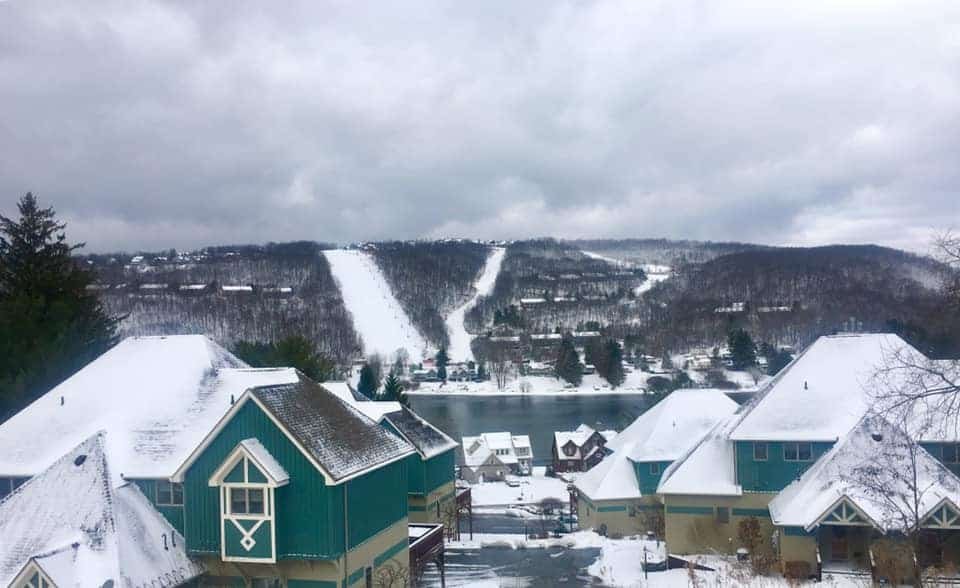 …and Colder at Some Mountains than Others This Morning

Be sure to check the SNOW REPORT for all of the specifics this morning or scroll down to watch the Video Snow Report.

Photo of the Day shows Wisp Resort in Maryland looking ready to open. Their scheduled opening date is Friday, December 13.

Before I get into temperatures and other notables…it bears repeating an announcement we shared on Saturday morning.

Cataloochee Ski Area always does a magnificent job of supporting their community each and every season.

Sunday is Can-U-Ski Food and Coat Drive for Haywood Christian Ministries. 24 cans of food or 2 winter jackets of any kind will get you your lift ticket on Sunday for free, it’s a $72 value. Cans and coats should be dropped off at either the top of the mountain at a designated area as you come to the ski area or at Cataloochee Ski & Sports and you will receive your lift ticket there.

Skiing and Snowboarding Lowers Your Risks for Depression, Dementia and Parkinson’s…

That is according to MENSJOURNAL.COM. A New Study from data conducted between 1989 and 2010, compared with a similarly sized control group of the general population, they found that the number of skiers diagnosed with dementia and depression was 50 percent lower than the control group. The skiers also had a reduced risk of Parkinson’s disease, a degenerative neurological disorder.

Okay, the study was actually conducted for cross-country skiers, but one has to be able to stretch things a bit and come up with that this applies to those of us who get outdoors and ride the alpine slopes. 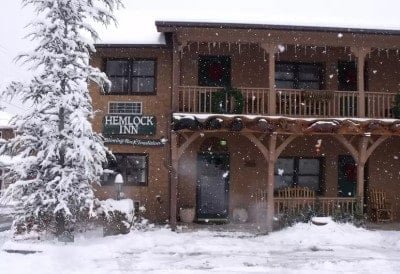 The Hemlock Inn in Blowing Rock.
Discover the magic of Blowing Rock, NC with a relaxing stay at the beautiful Hemlock Inn. This historic inn, set just off main street in downtown Blowing Rock, is within walking distance to many of the high country’s activities and attractions for all seasons. For over a century, the village of Blowing Rock has provided one of the most beautiful winter towns to visit. Rustic, cedar-sided cottages, upscale shops, fine dining, and family entertainment create an ambiance that makes this community the ideal location for that special getaway vacation. The Hemlock Inn is the perfect place to stay for your ski getaway to Appalachian Ski Mountain.

…and NOW About Those Temperatures

As I checked in on (27) weather stations that dot our ski mountain communities this morning, it quickly became apparent that the Western North Carolina mountain were experience slightly milder temperatures than the mountains of Virginia, West Virginia and Maryland.

There were also some borderline, wet-bulb temps that were keeping those ski areas from making snow. However, the VA, WV and MD ski areas were all able to make snow…and all except The Homestead were doing so.

Some kind of temperature/humidity thing was Happening at Some Mountaintops

I mentioned that there were some nice photos…

Snowshoe Mountain
Snowmaking was at full capacity over on the Western Territory earlier. Snowshoe’s snowmakers have hit the ground running over there this weekend and with a strong shot of cold air on the way later in the week, they anticipate dropping the rope on Western in the very near future. Silver Creek and the Coca-Cola Tubing Park open for the season Friday, Dec. 13!

Sugar Mountain
Unlike the other NC ski resorts, they HAVE been able to make snow at least at the top of their mountain the last two mornings. The base area is beginning to show some discoloring and wear, but they have been making snow whenever possible – wherever it is cold enough on the mountain. Good on them.

Check Out the Video Snow Report this Morning.