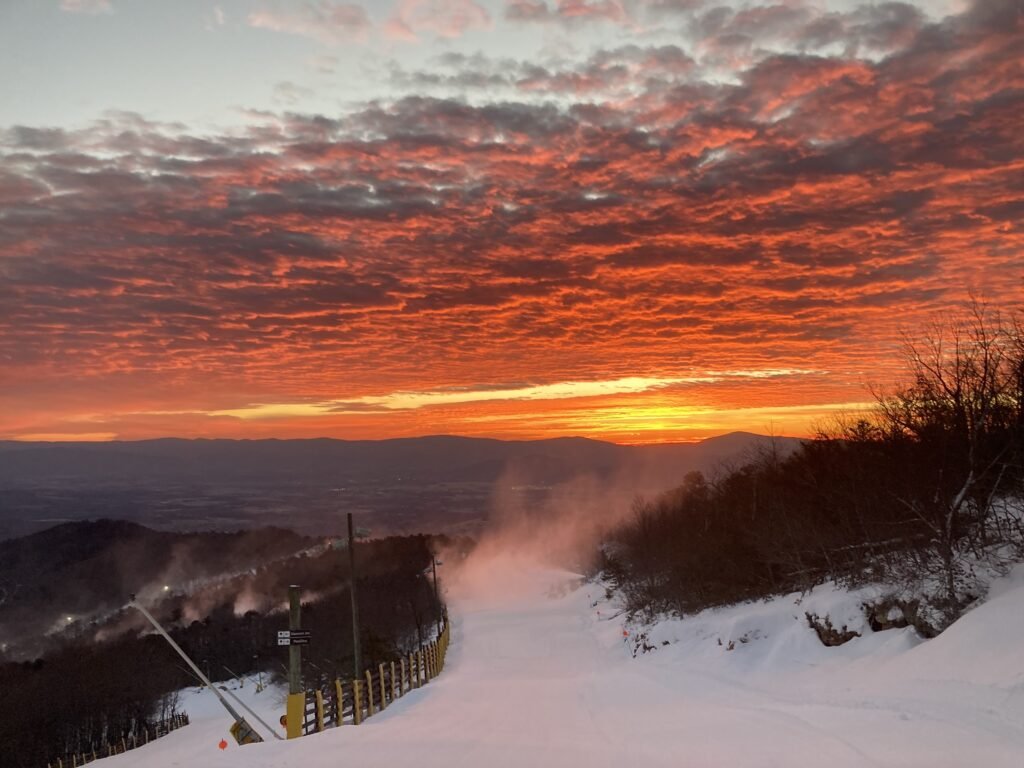 Before I get down to the business of this week’s column, I wanted to say hats off to the resorts in the region that have been able to start providing early season fun on the snow, Sugar Mountain and Cataloochee. By virtue of those resorts opening, it brought attention to the southeast region’s ski industry.

During the season, due to my position with the West Virginia Ski Areas Association, I participate in a weekly Zoom call with other representatives from ski associations across the country. There was a lot of “I wish it turns cold soon” talk during the call and then I chimed in to make sure everyone knows, there is skiing and snowboarding taking place in North Carolina.

I got the expected, “What the heck” comments and reminded them the southeast is the snowmaking capital of the industry. Just give our snowmakers a cold window and we will give you some fun on the snow.

The southeast might be the redheaded stepchild of the industry, but when the temperatures drop, we are skiing and snowboarding.

As you have already read here on skisoutheast.com, more resorts will be coming on-line in the next few days. The current cold snap has every gun operating that’s possible. I know in West Virginia, you will be able to spend Thanksgiving Day on the slopes at Snowshoe and Timberline will also be dropping the ropes soon. I am sure Brad at Appy and the folks at Beech will be joining in too.

Again, hats off to all of the snowmakers in the region, there are just none better, anywhere. On that thought, please understand, there would NOT be a ski industry in the southeast these days without snowmaking. It just wouldn’t be happening and that’s a fact and if you think otherwise, check back with me after that upcoming January thaw and there is still snow on the trails.

Now let’s get to this week’s topic for the column and it’s basically about my Saturday evening at Massanutten Resort in Virginia. A couple of months ago the resort’s General Manager and long time friend of yours truly, Kenny Hess asked me if I would host their Ski Team Hall of Fame banquet, which would also highlight and kickoff the resort’s 50th Anniversary celebration. It took me less than a second to accept the invitation.

You may ask, why would a ski resort in Virginia ask the Executive Director of the West Virginia Ski Areas Association to handle such an important event? Well as was mentioned by Mike in his First Trax column on Saturday, my first day of skiing as a 28-year old, was January 1, 1985 at the resort located in the historical Shenandoah Valley of Virginia. (Google the United States Civil War).

Other than the 1985 fact, probably the biggest reason Kenny reached out to me is because the ski industry at the end of the day is a true brother and sisterhood. Yes, we are competitors, trying to attract a lot of the same skiers and snowboarders. However, what I have found in my 30-plus years in the ski industry is that when a brother or sister sends up a flare, you come running. There is no hesitation. I mean none whatsoever.

Many of us in the industry who are now in our, ouch, late 50’s to mid-60’s started about the same time, way, way back when. We grew up together across state lines working for our respective resorts, but we all did our best to provide a fun winter experience on snow in the Allegheny Mountains.

My point on this, is the fact that when something would happen that maybe wasn’t the best situation, not one time did a request for assistance have to be sent out. The offers to help out came rolling in as soon as the word got out that there was a problem. May I say, in most cases all of the situations were handled in-house, but just knowing your brothers and sisters were out there, ready to step in at any moment was reassuring.

Standing at the podium during Saturday night’s event, I was able to share with everyone some of my Massanutten memories.

In the mid-80’s when I learned to ski, I was an anchor/reporter for the Virginia News Network in Richmond. The cool thing is that I was just two-hours away from Massanutten. That meant when I got off work around 2 pm (I had the morning shift), I could be on the slopes by 4:30 pm for a couple of hours of turns.

Saturday night, I drove past “Parking Lot 2” where I would park, put on my ski boots, get a ticket and away I went. Of course, I would get an interview or two before heading back for some fresh tape for the morning shows.

I also shared with the group the first time I got on a NASTAR race course and found out my instructor Andrew Bullis, recently had a stroke and continues to recover. Andrew gave me a tip of clicking my poles before the start to get focused on the task at hand. To this day I still click my poles (in my mind of course) whenever I have to be tuned in on what is going on around me. It was one of those life lessons that has already stuck with me. Andrew, hang in there my friend.

Finally, I just want to thank the staff and management of Massanutten for letting me help in their celebration. The trip down memory lane was just what the doctor ordered as we get ready for the 2021-2022 season. It’s “All In The Family”..

That’s it for this week. As always, thanks for joining me for my weekly thought process. Just remember whether it be cold or whether it be warm, we’ll weather the weather, whatever the weather will be. This season is going to be a fun one, and don’t look now but it is here. I look forward to seeing you on the slopes.