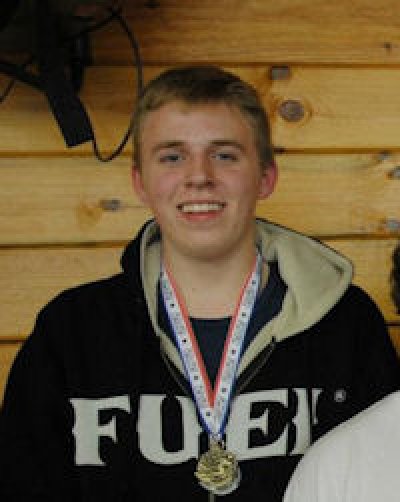 Sometimes the best skiers and snowboarders come from the smallest of communities. That is the case when Alex Biggs won SILVER at the Nastar National Championships in Winter Park, Colorado back in March. You see Alex is from Brevard, NC.

NASTAR is the acronym for the NAtional STAndard Race and is the largest public grassroots ski race program in the world. More than 95,000 Nature Valley NASTAR participants compete throughout the season to win platinum, gold, silver and bronze medals in their age and gender groups. In addition, participants are ranked in their ability group and the top ranked racers qualify to compete in the Nature Valley NASTAR National Championships.

NASTAR was developed by SKI Magazine in 1968 to provide recreational racers with an opportunity to compete and to compare their scores to friends and family members regardless of when and where they race. The NASTAR handicap system is a universal scoring system that provides participants with a tangible number that represents their ability. The NASTAR.com web site records each participants stats and ranks each racer at the host resort, in their state of residence and nationally. The NASTAR program has a successful partnership with the U.S. Ski Team as its premier youth racing feeder program.

Sapphire Valley and Cataloochee can claim Alex Biggs as he moved to Sapphire Valley at age six. Sapphire hosted a club for students interested in learning to ski. He discovered his passion for skiing and later settled into snowboarding.

Later when in the eighth grade at Christ School in Arden, NC he competed at Cataloochee Ski Area in Maggie Valley during the season. Biggs finished first out of 60+ racers to become the 2011-2012 Cataloochee Snowboard Champ. Shortly after he learned that he had an invitation to compete this past March at the Nastar National Championships in Colorado.

At the nationals, after four races and two days of competition, Biggs earned the Silver Medal which was presented to him by the 1998 Gold Winter Olympian, and World cup Medalist, Picabo Street. As of last report Biggs is part of an elite team of athletes at the Vail Ski and Snowboard Academy. He was invited to attend after his outstanding 2011-2012 season and will spend his junior and senior years competing throughout the United States and Europe.

VSSA is the first public winter sports academy in the United States.  It offers students in grades 5-12 the opportunity to train 6 days per week in the winter months through flexible scheduling and online interface.

This past June he was at Mt. Cachelor, Oregon training with the team and spent some time in October in New Zealand.

Alex is currently sponsored by Fuel Clothing through 2013 and at 17 years of age he lists himself from "Brevard, North Carolina" and in high school with a GPA of 3.7. He says of himself, "I ride, I slide. Love em' both."

The sky is the limit for Alex Biggs and no matter how far the sport of snowboarding or his second passion of BMX takes him, it really doesn't matter to those back home in his home state of North Carolina. He's a winner and Sapphire and Cataloochee will always claim him.