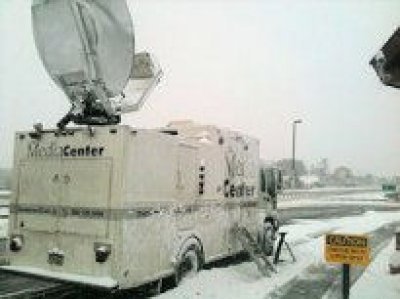 I wish I had written down the open trails numbers from ten days ago or so, because the number I suspect has grown tremendously especially the last four days.  For those of you who called the various resorts and canceled your reservations, shame on you for not respecting the ability of the resort’s Mountain Managers to cover the slopes when given the correct conditions.  I am here to say those conditions are just fine right now thank you. If you would’ve just hung in there, you would be enjoying fresh snow at the majority of the resorts in the southeast. For those of you who had faith, you have been rewarded.

As I write this on Sunday afternoon I have been following the challenges of a couple of West Virginia resorts are experiencing today with the power companies.  The mountain state got hammered twice in the last four months by Mother Nature, first the Derecho in June and Hurricane Sandy in October.  Both weather events tore the state’s two power companies new ones, knocking power out in some areas for weeks.  Well, in some areas the patch jobs just happened to pull apart the last couple of days and when there is no power, there are no lifts and no lifts means no skiing and snowboarding.  Not a good thing during the holiday season, but the good news is that the power was restored by noon and everyone was sliding again.
Now let’s turn the page to 2013 and hope everything goes downhill from here for the region’s ski industry.  Unlike the Fiscal Cliff facing the nation’s government right now, this is one industry that needs the ability to have gravity force things downward. Knowing full well that I mean going downhill on a pair of skis, snowboard or snowtube for you doubting Thomas’s out there.

Speaking of 2013 let’s get it started on the right foot or should be say ski or snowboard by getting a new person involved in the sport. You see again this year January is national Learn to Ski and Snowboard Month.  I ask this question, why not ask your best friend to join you on the slopes the next time you go.  Here is a website you need to check out www.bringafriend.org and it will give you some ideas to follow through with.  More on this national promotion in an upcoming Snow News Is Good News Column, stay tuned, I know you will.

While I am on the subject on taking a friend to a resort with you, I would like to extend an invitation to every non-skiing weather person out there to just once get out of the studio and experience the real world.  Now don’t get me wrong there are some weather folks out there (Herb, Brad, Kenny, Leo, etc.) understand that the Myan calendar doesn’t end when the snow starts in your neighborhood. But just last night I heard a local weather person (who must have stock in Kroger) say to stay off the roads and bar all your doors and not to dare venture outside in the winter weather.  Well maybe they weren’t that descriptive but boy did they make me make sure I had enough bread, milk and eggs to survive with because by the sound of their forecast we were in store for one bad store.  Well after about an inch or so outside, life continues and the travel to any resort in the region would’ve be just fine.  Go figure.

While I am on the subject of travel in the region and while I would put our snowmakers up against any in the country, I would also put our highway departments up against any other region.  The departments located on the interstates and close to the resorts do an awesome job in keeping things as safe as possible for skiers and snowboarders traveling to and from the various resorts.  What a lot of folks don’t realize is that many of the plow drivers have family members that work at the resorts so not only are they taking care of the out of town visitors, they are also making sure their families are safe on the roads.

So if you can, I would make it to your nearest or favorite resort as soon as possible because if you don’t know by now, the conditions are very, very nice.  Hey let’s all start off the New Year by having some fun, how about it?

Previous Post
Travis Roberts of Winterplace Resort sent this Great Image from Sunday! Enlarge!
Next Post
A Pristine Day for Skiing at Winterplace! Click to Enlarge!