You Just Never Know How Good You Have It! 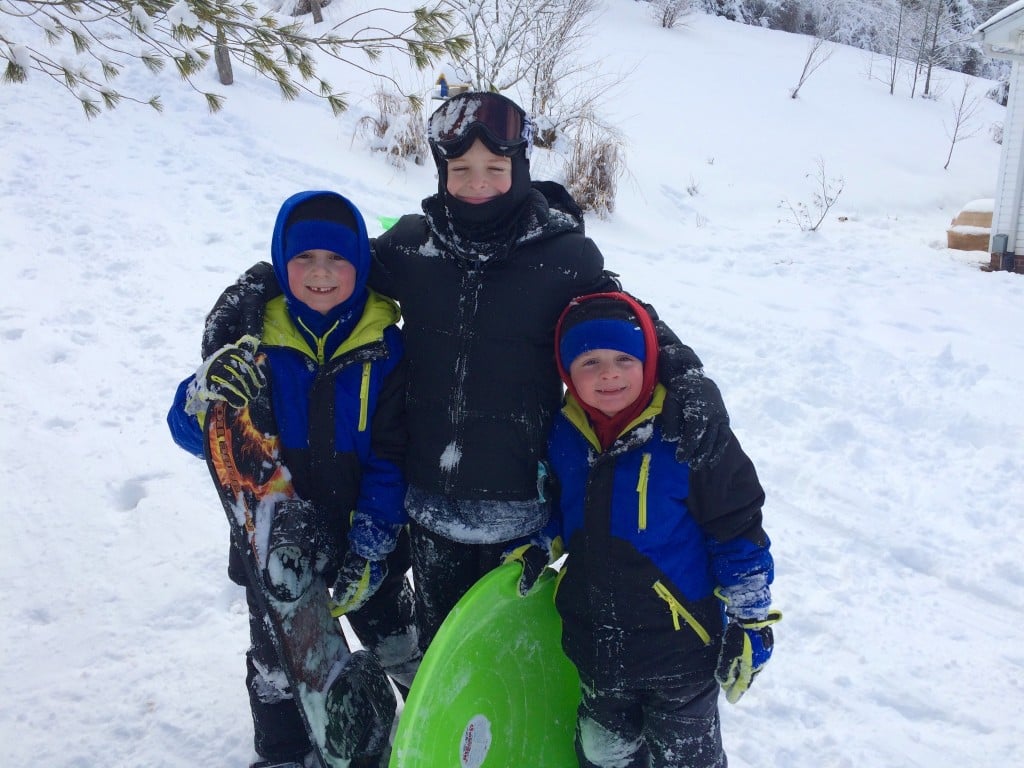 For 16-seasons I praised the snow gods and of course Mother Nature every time natural snow would fall from the skies or the temperature dropped enough for the snow guns to operate and produce manmade snow.  However for the last ten-years I have been basically a flat-lander living just outside Charleston, West Virginia.  Taking that into consideration, I have to admit the last month has been a bit taxing on my wellbeing.  You see I have had to shovel my driveway more times that I care to remember and I don’t think our heat pump has stopped running any during the 30-plus day period.

With that in mind, I unfortunately have found myself complaining about the conditions outside our front door, when in fact all of the ski resorts from Tennessee to Maryland have appreciated the last month and the conditions on the slopes right now are the best of the season.  That got me to thinking and as my wife Angie knows and says that could be dangerous for all involved. I know that with winter comes cold temperatures and frozen precipitation but have I forgotten that with it comes the chores of maintaining a homestead.  I mean, during the summer it’s okay that the grass needs to be cut since Angie does it and the trimming of bushes is okay with me also.  But to be honest, this shoveling of snow thing has gotten to be a bit old.

Then there are my many friends who have to put up with the same type of conditions at the resorts during the winter but in a much harsher fashion.  As I understand there have been times during the last month when there hasn’t been anywhere to put the new snow that Mother Nature has provided.  Yes it makes skiing, snowboarding and snowtubing a lot of fun with the fresh powder but you got to get there to be able to enjoy the freshies. I actually heard reports that dump trucks had to be called in to haul some of the snow away.  Too bad that snow couldn’t be saved and put on the slopes next November or December.  I know that is just dreaming.

But seriously, I just hope I am not turning into one of those flatlanders that dosen’t like putting up with a little bit of work to have a whole bunch of fun. That brings me to the following point, after shoveling for the umpteenth time this past Friday I came inside and it had dawned on me that my son, who loves the snow, had not been outside to enjoy the winter wonderland.  All I had to say was do you want to get dressed and go play with your friends in the snow?  Well off went the video game and on came the clothes necessary for playing outdoors in 10-inches of fresh snow.

After a couple of hours I figured I would go and see if our little snowman had had enough and as I stepped out the door here he comes up the street with sled in hand saying his fingertips were starting to get cold so he figured he’d call it a day. However along with those cold fingertips, he was covered head to toe with snow, not that cold icy stuff but the nice fluffy stuff that makes it all worth it when you are playing on a hillside with your friends.  The first thing out of his mouth when he saw me was, daddy I used Luke’s snowboard and learned how to do it and it was a lot of fun.  That got me to thinking, it just doesn’t matter how big the hill is or how what type of equipment is being used fun is fun and for a now 11-year old that’s all that matters.  It’s about creating memories with friends, young and old, large and small. 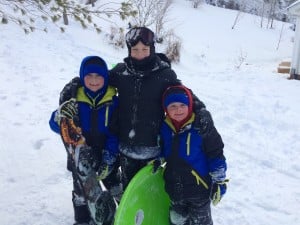 As proof, check out the picture I have included with this week’s column, these three young friends created some of those memories during the last snow storm, memories they are going to have the rest of their lives.  So my memories of shoveling the driveway over and over again, and the neighborhood plow driver pushing snow from the street and covering my driveway right after I had shoveled it will be a fond memory as all that really stands out is our son looking at me and saying he really liked snowboarding and you know daddy just like when you get a little hot during the summer it’s okay to get a little cold during the winter, just as long as you are having fun with friends.  Amen Christian, amen.