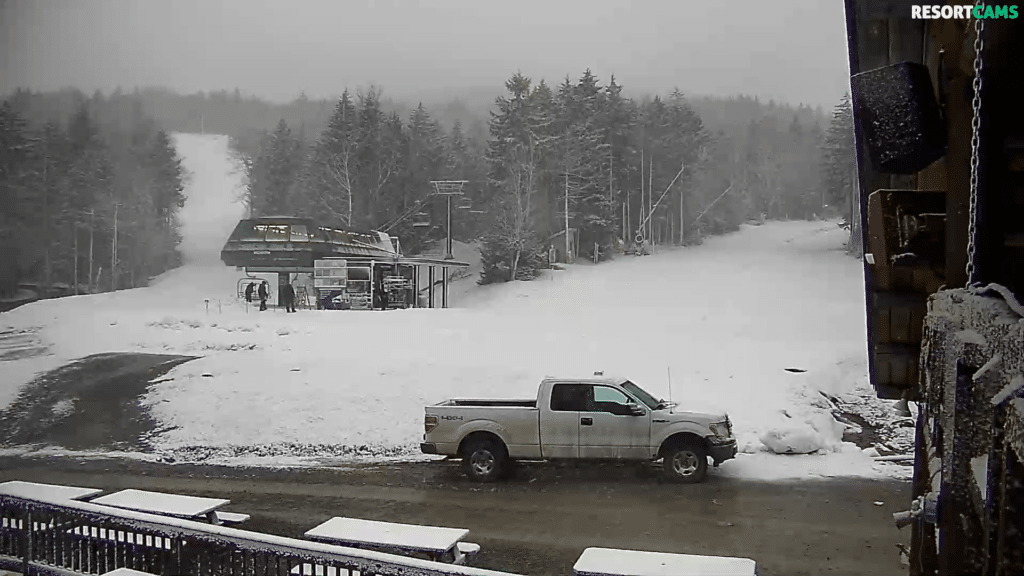 And then there were four still standing for the 2021-2022 season. By the time most of you read this week’s column, only four resorts (maybe five) will still be open in the southeast region. Those four resorts include Snowshoe Mountain in West Virginia and Beech, Cataloochee and Sugar in North Carolina will be open through the end of the month.

Congratulations to all the mountain operations staffs at those resorts that were able to push snow here and there, thereby covering enough terrain to have some fun during the last week of the season. To the other resorts that made it through March 20, including Massanutten in Virginia, Timberline Mountain, and Appalachian in North Carolina, way to provide late season skiing and snowboarding opportunities.

This is the first day of spring, as the Spring Equinox occurred in the Northern Hemisphere at 11:33 AM EDT Sunday morning. So, I guess spring skiing officially is with us for eight days.

But just to make things all white in the mountains of West Virginia on Sunday, there was an inch of natural snow (not the real manmade stuff, not going to let that go folks) at Snowshoe Mountain and almost a half inch at Timberline Mountain. Now that sort of caps off the season in an icing on the cake type of way for the mountain state.

I meant to mention the following observation a couple of weeks ago and just flat out forgot. You see many times throughout my years in this crazy but fun industry I have mentioned or asked for managers at ski shops throughout the region not to use the term “End of the season” in February, as they try to move their remaining inventory.

When skiers and snowboarders hear the words like end or closed, they believe that the snow has melted, and well, I think you get it.

This year and I believe last year I never heard those naughty words. What I have read and seen is something like final, but not end or close out. To those ski shops that get it, thanks for playing along.

With spring skiing and snowboarding season comes announcements from all the resorts as it pertains to next season’s “Season Pass” program. If you think this is something for you or other members of your family, now is the time to purchase a season pass.

I am going to give you some inside the beltway information, for the resorts that really concentrate on winter and don’t have much of a summer program, this gives them some cashflow during the slow months. Nonetheless, for whatever the reason, if a season pass is in your future, go directly to your favorite resort’s website and put in your order. The saving’s period doesn’t last that long, so don’t procrastinate or you will be left out in the cold in possible savings.

I am here to say with only a week left in the season I will now tell you for some unknown reason, I was a bit more worried about this season’s COVID-19 situation than last year. What I mean is last year we had a plan, it was written out for all to see, posted right there on everyone’s website on what the season’s protocols were going to be for everyone to make it through the season as safe as possible.

This year, there was a lot of discussion and due to last years’ experience, everyone seemed to basically have a plan to follow. However, it just wasn’t written out like the “Ski Well, Be Well” program. I am not a doubting Thomas, but I just had this feeling something was going to go south on the season.

When the Omicron variant was starting to make the rounds before fall was even with us, that pit in my stomach started to get bigger and bigger. Seriously I decided to try and not to think about it, but knowing me as you may do, I started to develop a plan if it got to a point where it was going to affect day to day resort operations.

As I look back now and after speaking with a number of resort officials, where it affected operations was with the number of employees available on any given day. To work around those challenges, there were employees at a lot of resorts this year that wore a number of hats. One day they may have been working in food and beverage and another day they might be parking cars or working the lift lines.

That is something I just love about this industry, when things get tough, you don’t hear, “we can’t do that,” but instead you hear, “okay, this is how we are going to handle the situation.” As the saying goes in sports, if one player goes down, it’s next man or women up to fill in the gap.

We have now gone through two very challenging ski seasons, not only in the southeast, but across the country. Speaking to other ski association folks made it clear that the southeast region really didn’t do too bad this season, all things considered.

Too many times our glasses are half empty instead of half full and I now realize more than ever that every resort operator in the southeast’s glass is half full. They just put the plow down and kept pushing and finding answers for visitors to have a great day on the slopes.

As columns go this is basically my final column of the season. I will be wrapping up my 18th season on skisoutheast.com with my annual Snowies next week. The committee will be working hard this week.

That’s it for this week, thanks for joining me for my weekly turns on the laptop. Just remember whether it be cold or whether it be warm, we’ll weather the weather, whatever the weather will be. Hope everyone has had a chance to make a few turns this season.