Wow! HighCountryWebCams.com Featured on THE WEATHER CHANNEL all day!

First, the really important stuff. It’s snowing! Woohoo. As of 11am, we’ve seen about an INCH of snow atop the Big Red lift at Sugar and about the same via the Quad Cams atop Beech Mountain. Only light flurries have fallen at Appalachian Ski Mountain with no accumulations. Ditto that for Wolf Laurel/Ridge.

The heavier stuff has been falling into the Virginia and West Virginia mountains. I was just on the phone with the lodging peeps at Snowshoe and "Donna" informed me that 5" of snow had fallen as of this morning. Our www.CanaanValleyWeather.com website is showing 5.6" of snow (officially) at Canaan Valley and Timberline!

Snow continues to fall up that way. They could be on there way to that 9" that was forecasted.

THE WEATHER CHANNEL TALKING US UP!!! 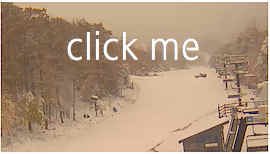 We’ve had some fun carving the slopes a few times with Jim Cantore and Paul Goodloe of THE WEATHER CHANNEL. So it was good to hear from the news desk at TWC overnight last night as they wanted to feature the new STREAMING HD WEBCAM at Massanutten Resort. They’ve featured us all day today.

You can actually watch the snow falling up there which is cool as heck. I have to admit it even looks better on a 50" flat panel.

Check it out at:

Look around at the other cams as well. Remember that we’re adding these SAME streaming cams so far at Bryce, The Homestead and Timberline Resort over the next week. We also have new cams going on King Street in Boone and Main Street in Blowing Rock. It’s like watching HD television on these streaming cams. (Nothing like the old cams or watching a 3" square.) This is LIVE, HD and large image format. We’re hoping to work with more partners to add more of these within the month. We can host the stream at NO COST which is something only WE are doing. Cool stuff, huh?

As I’m typing this the skies are already beginning to lighten here. The bulk of this system is hitting north of us. We’ll keep you posted!

My buddy, Ed Schneider, Producer from Snowshoe emailed me and we should be getting some more HD Video from him today. You can check out the snowmaking video on the front page or at:

It was awesome to see all those snowguns cranking. They were the only ski area making snow yesterday or today. We heard rumors about others maybe jumping in, but Snowshoe’s got it all to themselves right now.

Wisp Resort looks snowy and 26° right now, but no snowmaking as far as we could tell.

That’s it for now. We’ll try to get you some images. Email YOUR comments of photos/videos to: [email protected]