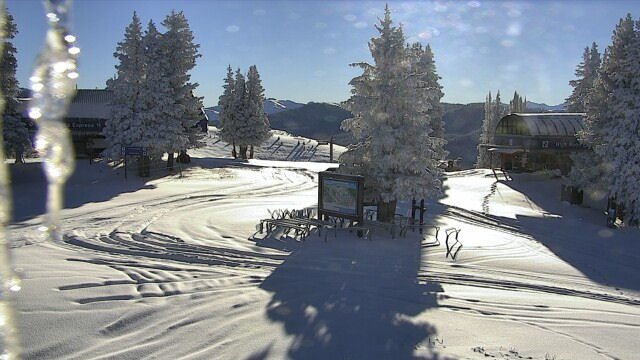 This time of year is frustrating. I usually start getting text alerts for snowfall around early November and sure enough over the last few days texts have been coming in from Keystone Resort in Colorado (where a good friend of ours (Laura Parquette) works).

This morning I received the following: 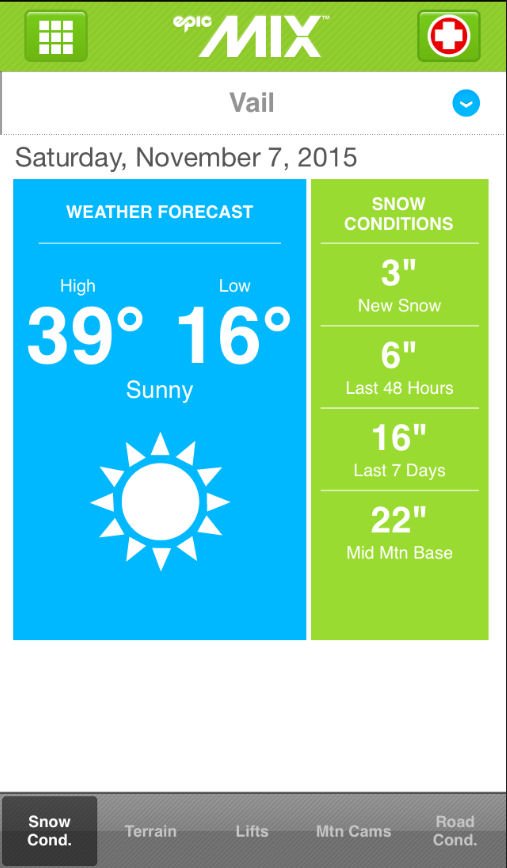 They have a base of 22″ of snow and reportedly have 2 of 131 trails open although Keystone’s website says they don’t open until Friday, November 20th.

Loveland is open with 3 trails.  Wolf Creek in Pagosa Springs, CO is operating today with 30 of 77 trails…which is by far the most terrain that we were able to find open this morning. By the way – Loveland showed a cool 7° this morning!

…and it is 60° and drizzling this morning in beautiful downtown Banner Elk.

I was texting back and forth with a Sugar-Mountain-regular-friend of mine last night and the gist of the email was he and I boosting each other up about the fact that we were poaching Sugar Mountain all day on Friday and alternately I was kicking his butt down Gunther’s Way – or vice versa.

Of course it was all BS because the only way to traverse Gunther’s Way or any other trail in the region right now would be on foot, on grass skis, on a bike or something OTHER THAN skis or a snowboard.

That Snow Alert from Keystone/Vail this morning just added salt to the wounds.

However, it’s early. Very early, in fact. Any skiing or snow-play that we get prior to mid December is a bonus anyway. But then we usually see Sugar and Cataloochee doing some early turns around now – at least for the last few seasons.

We’re in the midst of a much milder than normal period right now from New Jersey down to Florida – and really across MOST of the United States. Minnesotans have been enjoying 70° temps in southern Minnesota over the last week.

It wouldn’t surprise any longtime follower of all things snow in the region to see a bit of snow or snow flurries pretty much any day now. However, in terms of anything of significance – we’re not seeing anything for the next two weeks.

A look ahead at the 10-14 day forecast for usually cold and snowy Davis, West Virginia (home to Canaan Valley Resort and Timberline Resort) we’re seeing highs in the upper 40s, mid 50s and even some low 60s through Saturday, November 21st.

Overnight temps are where we MIGHT expect to see some manmade snow startups…but (again) unfortunately we’re not seeing anything consistent enough for any of our Southeast and mid-Atlantic resorts to start up the snow guns.

Sunday night (November 8th) we’re seeing a low of 29° and that might would make snowmaking possible, but the subsequent 12 days and nights look too mild with low temps in the mid-to-upper 30s throughout the period.

Ditto for every ski mountain in the region. 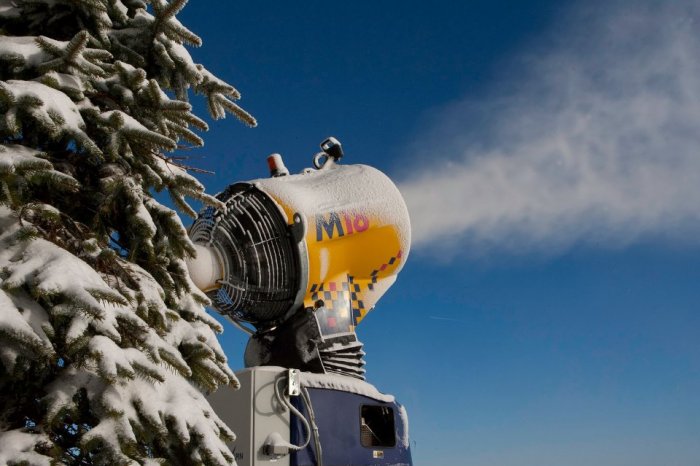 So at least right now it seems that we not going to see any snow making going on until around Thanksgiving and it is still a bit early to say that it will be consistently cold even then.

(The photo to the left was snapped on November 12th of 2012 as Snowshoe Mountain prepared for opening that season.)

Thanksgiving falls on November 26th this year and there ARE SOME prognosticators who are forecasting some colder air and even some snow to filter in around the 28th of the month with cold temps and snow showers in the forecast.

The Old Farmer’s Almanac agrees and even they seem to be predicting that consistently cold and snowy conditions won’t kick in until mid-December (around the 13th of the month).

Wouldn’t THAT be an awesome Christmas present – ESPECIALLY if you’re planning a Christmas-to-New-Year ski or snowboarding getaway?

So if you’re Jonesing for some snow – unfortunately you’ll have to check out some Colorado webcams for now. Cataloochee and Sugar Mountain will have to put off making snow and opening like the REST of the ski areas in the region – around or after Thanksgiving or somewhat later.

The truth is – every ski resort ops staffer in the region will tell you that making snow or opening any earlier than the first week or so of December is gravy skier visits. The “real season” begins a week ahead of Christmas. Of course, they’d also love to get in some snowmaking now to insure that all of the equipment is functioning at optimum levels.

So sit tight and take this time to tune up your equipment. More importantly – tune up your body. The cold air and snow will be here in a couple of weeks or so.

Previous Post
Give the Gift of Snow – skiing, boarding, and/or tubing!
Next Post
Not What We’re Looking For From Mother Nature