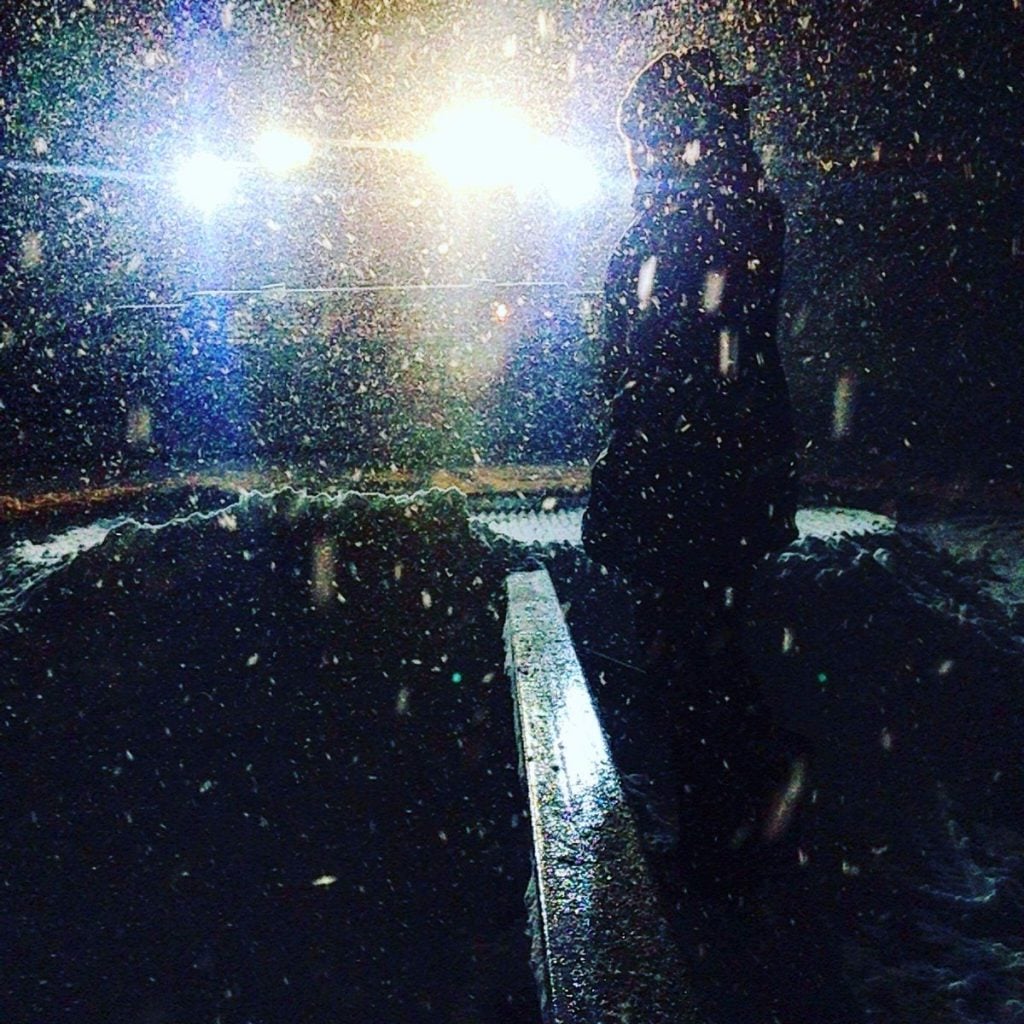 What an exciting morning!  This is the first time all season that I’ve gotten to mark snow totals on the SNOW REPORT page.  Finally!  We’ve been talking about the snow for the past several days and it arrived yesterday.  It actually snowed a little throughout the day here at Snowshoe and other portions of West Virginia and then the Northwest Flow fired up in North Carolina overnight.  Anywhere from 2-5″ of snow has fallen in North Carolina, West Virginia, and Maryland.  Here are those numbers….

A couple of tidbits and thoughts on these numbers…let’s start with North Carolina.  First, we are going to have to verify that 4″ number at Appalachian Ski Mountain.  I was a little shocked to see 4″ there right after I posted the 2″ number at Beech Mountain.  Northwest Flow snow events generally favor the higher elevations in North Carolina that are near the Tennessee state line, so it is definitely out of the norm to see the reversal of numbers there.  Although it does look like it was nuking at App last night.

Sugar isn’t reporting any snowfall number this morning which is very weird.  The 2″ I posted is a number I simply copied over from Beech, so that figure could change.

As is the case with NW flow events, the snow was mainly confined to the northwest portion of the state.  Unfortunately, it doesn’t look like Cataloochee or Sapphire got in on the action.  Wolf Ridge has seen a trace.  The good news is that it is plenty cold at all three of these resorts and they should all be able to make snow today and tonight.

As for West Virginia and Maryland, overnight snowfall numbers generally fell into the forecasted range.  I won’t lie, we’re on the lower end of said range here at Snowshoe as yesterday the forecast had 3-7″ overnight.  I’m not complaining though as it looks awesome outside of my window right now.

While looking at the radar yesterday I noticed that the heavier snow squalls looked to be up towards Canaan and Timberline.  Sure enough, they are the winners this morning with over 5″ of snow.  Messageboard member brookbarrel was up there yesterday and posted the nice looking photo below on Instagram. 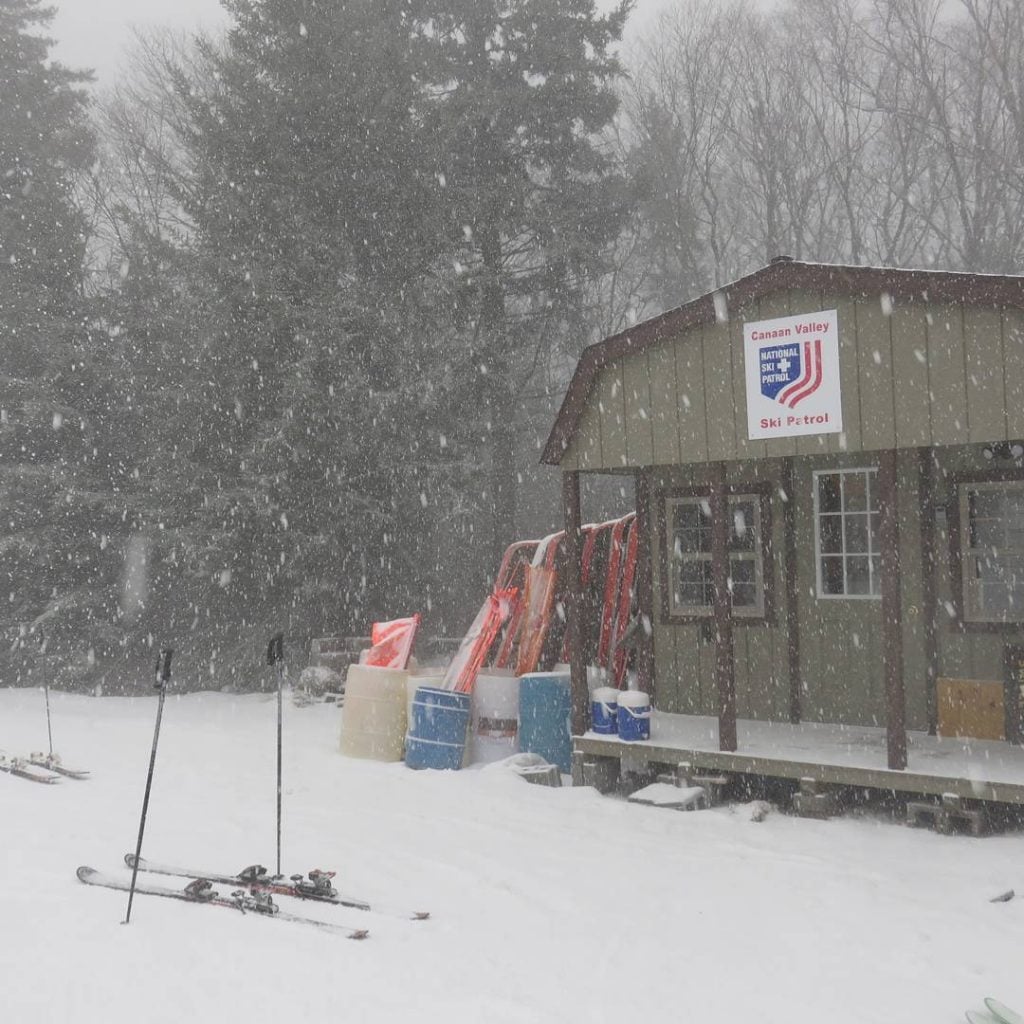 Wisp and Winterplace also have seen some natural snow as they are reporting 4″ and 3″ respectively.  That 4″ at Wisp actually doubled their season snowfall.  That sounds cool, but considering it’s almost January it shows just how lean the snowfall has been this season thus far.

As was expected, it looks like the Virginia resorts missed out on the snow (same goes for Ober Gatlinburg).

EDIT:  Homestead sent in their snow report this morning after I posted this.  They are reporting 2″ of snow and it was still snowing this morning.

Northwest flow events never really favor them as they are in the snow shadow of West Virginia.  Regardless, it is cold up there as temps are in the 20’s at all resorts and they are all making snow this morning.  They should be able to continue to do so all day as well and the weekend should be great up there!

Continued Snow Today for Some

It currently looks like a winter wonderland outside of my window here at Snowshoe.  The snow is still falling and will continue to do so today up this way in West Virginia.  The forecast for Snowshoe, Canaan, Timberline, and Wisp is for another 3-5″ today before the snow begins to taper off overnight.  The further south you go the numbers get smaller.  Winterplace is forecast for another 1-2″ while Beech and Sugar down in North Carolina are looking at up to another inch.

Basically, it’s going to be an awesome day!  It’s cold and there is snow of both the natural and manmade kind.  I am super pumped right now and I think Brad Panovich was too as he sent us another video forecast overnight.  This is his 3rd in the past few days!

As he said, we are optimistic about the upcoming weekend overall.  Saturday especially should be very nice and is definitely the best day to get some turns in.  I’m looking forward to getting the best of both worlds over the next 48 hours.  Today is storm riding with cold, wind, and snow, and then tomorrow is sunny with temps that are much milder.  Sweet!

So, hopefully you can end 2016 on a good note and get some skiing or riding in.  There’s plenty of terrain to be ridden and I’d expect we’re going to see an increase in open trails for the weekend with today’s snow and snowmaking.  Honestly, tomorrow might be the best day of the season so far.  So get out there!

That’s it for me today.  Mike might make a little post or something later.  We were going to originally do a live broadcast today but he is feeling a little under the weather so we might reschedule it for tomorrow so keep checking back for that.  Time for a mini powder day!  Enjoy the snow!