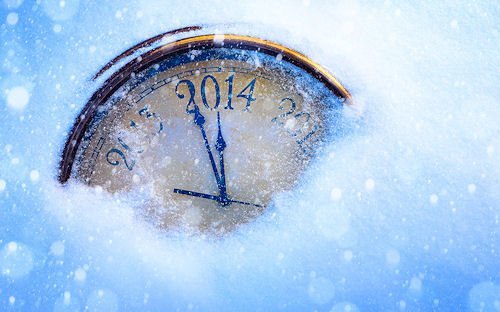 Okay as I sit here scribing my last column of 2014, I am seriously hoping that this new and improved hip that was inserted in me on September 17 is going to allow me to fully enjoy the ski slopes that are found in the southeast again in 2015.  A bad ball joint has kept me on the snowtubing hill the last two seasons, which was a lot of fun with the family, but I am looking forward to those first turns on the slopes with my 10-year old son Christian.  I have been a bit selfish in his learning to make turns because truthfully I wanted to be beside him as he learns and then progresses.

That brings me to the topic of this week’s column, resolutions every person who loves to have fun in the winter needs to keep.  Here is my list:

1.    Help a friend or relative learn to ski or snowboard this year.  You already know how much fun it is surfing the side of your favorite mountain.  Now it is time for you to spread that fun.  May I suggest that you NOT be the one who does the teaching though, your relative (in my case my son) would only learn your bad habits, so start them off right with a lesson from a trained teaching professional.  Every resort in the region has ski and snowboard instructors that are eager to teach the newbies the correct and safe way of sliding down the mountain.

2.    Upgrade your on-the-slope skills.  It may be time for you to take that ski or snowboard tune-up. I know, I know you say you are already an expert and don’t need any new and improved tips, as your next stop is the Olympic Team.  Well I’d hate to be that next mogul you fall over, but everyone, and I mean everyone, can use a tune-up when having fun in the winter.  Seriously, why do you think the coaches on the U.S. Ski and Snowboard team are paid thousands of dollars every year?  They get those hard earned dollars for making their pupils go faster and faster on the slopes and be in contention every race they jump out of the gates.  For you and me, it’s just like getting an oil change in your car, you are going to run smoother and not worry as much about breaking down.  I am not talking about changing your entire style of the slopes, just turning it up a notch so that you can enjoy your time on the snow a lot more than before.

3.    Make that second or third trip to the slopes this year.  I can’t count how many times I hear from readers and friends that they think as long as they ski or snowboard once a year, their season is complete.   Hey it’s great you are out there at least one time, but that second or third time is going to be that much more fun than the time before.  And don’t give me the excuse it costs too much, I know that the sport isn’t the cheapest around but every resort and I mean every resort has multiple ways for you to save money with discounts available every day of the week, you just have to spend a little time seeking them out.  It’s worth your effort and you will be able to afford that second or third trip to your favorite resort.  Here’s a discount I just heard of the other day, if you have to travel south to get to Winterplace Ski Resort, right off of Interstate 77 in Ghent, West Virginia, you have to drop two dollars at three different toll booths before your arrival.  This season if you show up with your toll receipts at the ticket window on Mondays, they will reimburse you for your tolls.  The promotion is called Toll-Free Monday and that is just one small way that all of the region’s resorts are trying to get you on the slopes this season.

4.    Take the time to thank a resort employee who makes it possible for you to have fun on the slopes.  I realize you are dropping quite a few green backs to have that fun, but at the end of the day there are a number of people who that it personal that you have a good time on the snow.  You know how I feel about snowmakers and groomers, if you ever get a chance, you need to buy those folks a beer or two, they deserve it.  Let us not forget about those folks that catch the lift chairs for you, or that make sure your hot chocolate is hot, or the parking attendant that knows there is a space available way up in front and leads you there instead of just putting you in the back since that would’ve been the east way out.

My list could be longer but I believe you are starting to get my drift (snow drift of course) and understand it’s time to put up or step aside.  I for one will be sharing pictures of my son Christian having fun on skis for the first time in just a few weeks to show you I mean business in 2015.  Oh yea, I forgot to tell you that I have to check with my surgeon first (my wife Angie told me so), but I am keeping my fingers crossed he is going to give me a green light.