What Will The Conditions Be Like for the Christmas to New Year Week at the Ski Resorts? Click to see. 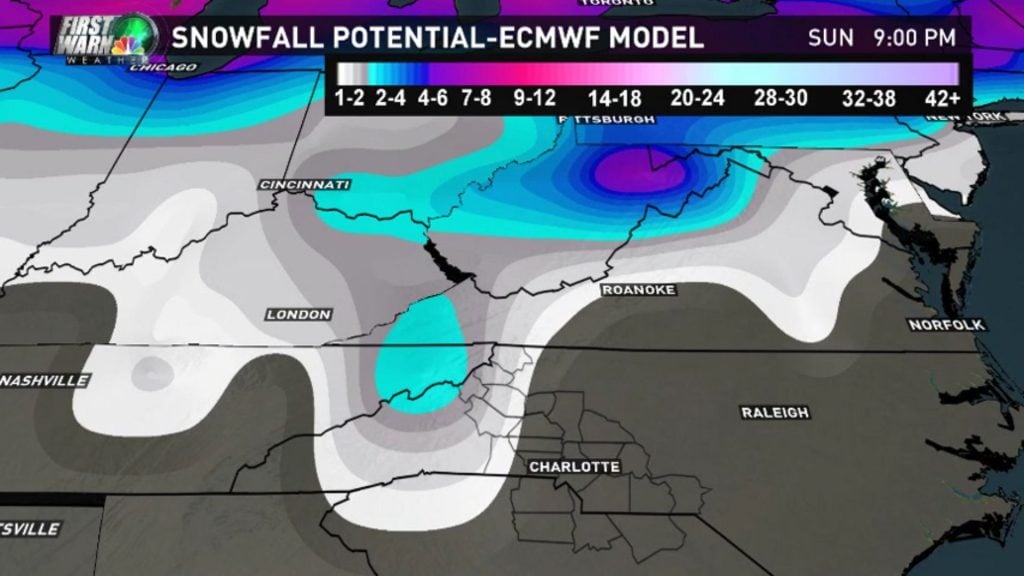 We shared Meteorologist Brad Panovich’s Skier’s Forecast video earlier this morning and we barely got it posted and within the first few minutes his video had already been viewed 61 times. That is probably a byproduct of Brad’s popularity around these parts AND the new Push Notifications that are available on SkiSoutheast.com these days.

If you have not signed up for those, there are a couple of ways that you can be among the first to know when we post anything from FirsTrax news to Featured Photos & Videos to Announcements (like FREE Lift Ticket and Vacation Giveaways!).

The Question of the last few days is “WHAT WILL THE WEATHER AND CONDITIONS BE LIKE AT THE SKI RESORTS DURING THE WEEK OF CHRISTMAS TO NEW YEAR? 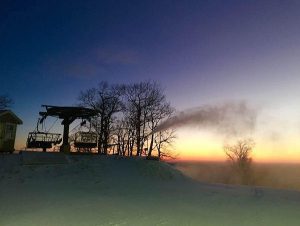 My SkiMail INBOX has been hit consistently with questions related to that for the last week and with each day – at a higher frequency. After all, ski trips are not inexpensive and a ski trip is most often NOT a ski trip if there is not skiing or snowboarding happening. Last season was such a season. Very FEW souls made the trek to southeast and mid-Atlantic ski areas last Christmas-to-New-Year because – there was no snow on the slopes.

I personally kept our trip plans and had a blast actually being able to ski on the first and last days of our seven day trip. All of the other days in between were spent doing other fun things that we wouldn’t normally “get to do”. (My particular trip was to Snowshoe, West Virginia.) Most resorts had no skiable days during that week of the 2015-2016 ski season.

Meteorologist Brad Panovich has called last year’s weather pattern leading up to Christmas and including that week a “blow torch” providing some of the mildest temperatures for late December on record.

THANKFULLY Brad has mentioned THIS YEAR’S pattern as “nothing like what we saw last season”.

The GREAT news is that we are still in the midst of an arctic blast that will see highs in the 20s for most of the mountain resort communities and lows again TONIGHT in the teens and low 20s – perfect for snowmaking.

Resorts have been blasting away around-the-clock for a couple of days straight as of this morning – laying down an additional 10″ of base depth across a lot of trails. We’re seeing the effect of all of that snowmaking in more and more slopes and trails getting open.

Snowshoe Mountain nearly DOUBLED their open terrain this morning going from 14 to 25 slopes open today – with Silvercreek opening. Bryce Resort is nearly 100% open with 7 of 8 trails. Wintergreen, Massanutten and Ober all opened today for the season!

Fourteen of the seventeen ski resorts in the region are OPEN TODAY with from 25%-50% of their slopes available for play.

That IS a bit “scary” for folks who are emailing us. We are getting a LOT of these kinds of emails:

“Can you shed some light on why “BLANK” Resort only has half their slopes open? Also what do you guys think they’ll have open for Christmas? Are we looking at another one like last season?”

Trust me – we are getting a ton of those. I can only imagine that the vacation rental clients at various resorts are fielding the same questions. People are a bit skiddish to say the least.

Let me put those ALL to rest…

Christmas-to-New-Year Week Will Be VERY GOOD!

Look, last year is last year. It was a strange anomaly that thankfully doesn’t happen often. As to HOW MANY SLOPES each resort will have open for that week – is anybody’s guess. What I CAN tell you is that our resorts are pretty close to being “on pace” for this time of December with the number of slopes and trails they have open today. We are seeing NUMEROUS snowmaking opportunities between now and Christmas that will insure that more and more slopes are open at whatever ski area you plan on visiting.

Also – don’t shoot the messenger, but the “northern tier” of ski areas (West Virginia and Maryland) are looking somewhat colder than the rest over the next week or so and that would seem to dictate that those ski areas would be stronger bets to have more slopes and trails open. That’s just logical to think that way. However, we’re thinking that every ski area in the region will be in very nice shape for that week.

Someone JUST emailed me moments ago – after watching Brad’s Skier’s Forecast and wrote, “So Brad is talking about a warmup and that things may be melting by Christmas. Is that right?”

Another Thursday emailer wrote, “I think it would be great if you could update us on the Christmas week weather and what to expect so that we can all make more informed decisions about keeping our reservations.” 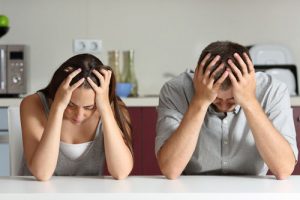 Again – ouch and Oh BROTHER. (As I said, people are skiddish.) I’m sensing tens of thousands of stomachs churning about the money that’s been spent on accommodations, plans, etc.

So we are going to do something that is unprecedented here at SkiSoutheast. We’re going to break out our trust (dusty) crystal ball and try to quell all of the angst that is out there among “skisoutheast-land”. To be honest, our crystal ball is ACTUALLY an HP ENVY desktop computer outfitted with a pretty savvy internet explorer (not the software browser…but yours truly.

Before I share what I have found, let me state the obligatory disclaimer of – any kind of weather prognosticating that is more than 4-5 days out is sketchy at best. Technology and the science of reading the forecast models has improved greatly but the weather in these mountains can turn on a dime. Our guy, Brad Panovich is as good as it gets at reading the “weather tea leaves” as HE was forecasting the recent snows we saw around Beech and up around West Virginia when everyone else was saying that it wouldn’t much snow.

With that in mind, Brad is as good as it gets at forecasting but he WILL occasionally throw a word out there that you guys grab onto without understanding the full scope of Brad’s whole message. When he says “things will warm up” around Christmas Day – he doesn’t mean “blow torch warmth” like we saw last Christmas. He simply means that it isn’t going to STAY 15° for a high.

To Answer The Question that is only Everyone’s Minds…

We are seeing from 7-13 nights of snowmaking opportunities for MOST all of the ski areas in the region. The higher numbers (11-13 nights) would be for Wisp Resort, Snowshoe, Canaan and Timberline as well as Beech and Sugar Mountains). We’re seeing 5-8 nights of snowmaking for Winterplace between now and the end of the year. Ditto that for the Virginia ski resorts of Massanutten, Wintergreen, Bryce and Omni Homestead.

WHAT DOES ALL OF THIS MEAN?

The FIRST thing it means is that WE WILL NOT SEE a Christmas week like last season. I have NO vested interested in saying this – but keep those reservations and you can thank me later.

As to how many slopes and trails will be open at various resorts – you just have to play the “logic game” yourself. If you are headed to one of the resorts where the higher number of snowmaking chances are – you are likely to see more trails open.

We can also promise you this – ALL of the resorts are doing everything they can to insure that they have the most terrain open that they can because that makes their lives better as well!

I really don’t want to get into the game of guessing which resort will have the most and posting those kinds of things here – because truly anything can happen weatherwise. There are MANY opportunities that we see chances for snow or snow/mix in the forecast over the next 10 days or so. We’re thinking that areas like Snowshoe, Canaan, Timberline and Wisp will have a WHITE CHRISTMAS with natural snow on the ground – if not falling on Christmas Day.

We are CERTAIN that it will be a WHITE CHRISTMAS WEEK on the slopes at every ski area and if we are being totally honest – about the ONLY “concerns” that we are seeing would be at Ober Gatlinburg and Sapphire Valley where they have a bit less in the way of cooperating cold temps for the next little bit. However THEY WILL BE OPEN AND SKIING – we’re just not sure how many trails might be open, etc. I cannot tell you how many times I have already been asked about Ober. A (somewhat) experienced guess?  NOPE, I told you I’m not going there.

What I WILL tell you is to keep checking back daily as we will be updating the snow report and weather content and those forecasts will become much more reliable the close we get to Christmas.

Just KNOW that unlike last season – resorts WILL BE open across the region and most of the higher elevation resorts will be looking VERY NICE indeed. From Beech to Sugar and App, to the West Virginia resorts and Maryland – we will see VERY NICE conditions and increasing trails opening up.

If you have not watched Brad’s Latest Skier’s Forecast, here it is:

Previous Post
Will There Be a White Christmas at Some Ski Resorts in the Southeast? We think so. See Where?
Next Post
We’re Thawing Out From the Icebox That Was Friday