Why Are We Even In This Business? 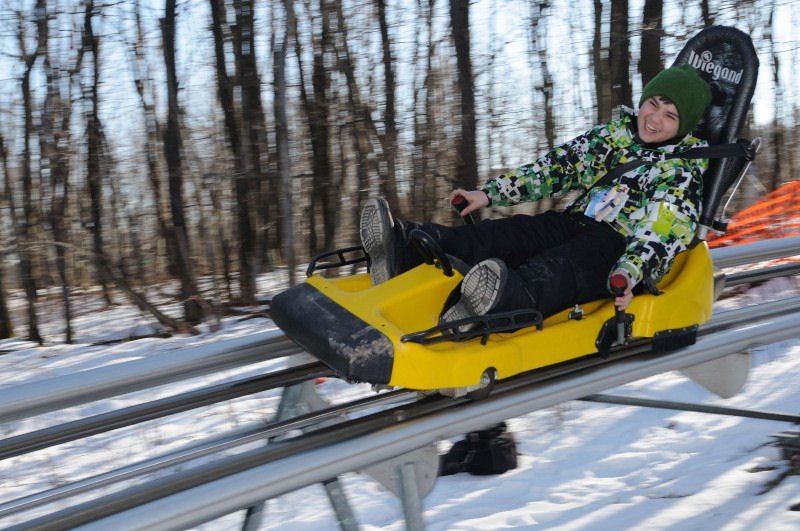 The old digital clock ticks over to display 6:00am and the clock radio kicks on and says, “Okay campers, rise and shine, and don’t forget your booties…”

…and I WISH I could complete the phrase by saying, “Because it’s cold out there.”

The crazy thing is that it IS cold; just not quite cold enough. For the second straight morning I have left my home in beautiful Sleepy Hollow and had to walk gingerly out my front door because a thick sheet of icy frost had coated my front deck and steps. I had to scrape ice off of my windshield and TODAY it was cold enough to cause ice on some roads and create a one-hour delay for area schools.

It is THAT cold, but not at the ski areas. There was no snow making overnight so the snow report reads exactly the way it did for the last two mornings. Sugar Mountain and Cataloochee are open. Nobody else is.

Check the SNOW REPORT for all the details…

“It Makes Me Wonder WHY We’re Even in this Business…”

I had the opportunity to speak with two ski area General Managers on Tuesday morning and I won’t share who made that statement, but the statement was made by one of the two and the sentiment was shared by the second. That got me to thinking about the struggles and risks that ski area owners and managers have to deal with. It also made me think back to what it must have been like for the early founders of these ski areas when snow-making equipment wasn’t nearly as bountiful and no where near as efficient. I also got to thinking about MY first couple of years covering the local ski industry and hearing about some of the crazy deals that ski areas had with local power companies where exorbitant bills had to be paid, pre-paid and negotiated just to keep them open.

That’s a story for another day perhaps, because it is interesting how nearly every ski area that opened in the Southeast and mid-Atlantic back in the 50s, 60s and 70s went through financial hard times – even when snow was plentiful and temperatures were frigid.

It is a FACT that right now there would have been NO ski resorts with a flake of snow on them back in the 80s or even 90s without the kind of snowmaking improvements that now exist at every resort in the region.

There are so many obvious (and hidden) risks in owning and operating a ski area from personal injury scenarios, lift and other mechanical scenarios to the personal choices that skiers and snowboarders make. Resort managers can educate skiers and snowboarders and implement programs to protect themselves and insure financial success for every risk scenario except ONE…weather.

You can only imagine how much financial pressure is created when the weather doesn’t cooperate. You don’t have to be a fiscal genius to know that even today there are ski areas in our region that are “fighting the financial fight” to stay open. One ski season with NO COLD or NO SNOW could indeed induce permanent closure for some. 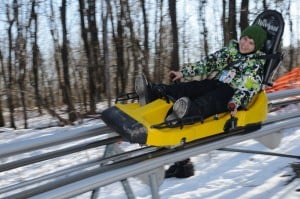 Wisp Resort’s Mountain Coaster – one of the many activities to enjoy with or without snow!

That is one of the reasons that you can now find additional activities available at ski areas such as zip lining, snow tubing, ice skating, mountain coasters and more. While lift ticket sales will always provide the foundation of ski-nomics (the economics of skiing), it’s a very risky business to only offer skiing these days. Some industry experts have shared that making snow and operating only as a ski or snowboard area is kind of like a “snow farmer” whose yearly harvest is only as good as the snow crop.

Our readers have also noticed how many crazy lift pass deals have sprung up over the last few years. Snowshoe Mountain has sold their crazy $199 “Ridiculous Pass” deal each of the last two seasons. Cataloochee is currently doing their “Slide in 5” deal where you cab get FIVE days of skiing, 5 ski rentals, 5 lessons and a Paid or Elan skis for the low price of $299! There are MANY other packages and deals being offered around the region.

Ski resorts have seemingly figured out that they can hedge against a bad snow year by turning skiers and snowboarder into MEMBERS and it is smart business. Some of our readers have emailed us questioning “how in the world can they sell us a season pass for $199 when a one day lift pass costs $70 or more?”

Some people think resorts are crazy for doing that as they’re basically giving their most die-hard visitors something akin to a 90% discount. In some cases it is because some resorts make half of their money from lodging, rentals, dining and more. Even when those discount pass holders visit the mountain for FREE, they still sleep in resort-owned beds and dine in their restaurants and rent equipment, etc.

Operating a ski resort is full of risks and some of those risks can be fully managed and some not at all. The one thing that we can count on is the answer to the exasperated question that was posed to me on Tuesday, “Mike, it makes me wonder WHY we’re even in this business…”

The answer? It’s in their blood. They can’t help themselves. I’ve seen one common characteristic that is “in” every resort owner and general manager that I’ve met. They are simply passionate about the sport of skiing and snowboarding. While they might not admit it or perhaps they are not even aware of it – they actually thrive on the “fight” to struggle against every obstacle in their path to provide a great product and experience for their guests. They want to make their resort a fan favorite. They get their reward from seeing the smiling faces that come off of their slopes after an awesome day of skiing or snowboarding.

Sure, life is much easier when Mother Nature cooperates and right now every ski area manager is watching the weather forecasts and doing every superstitious thing that they can think of to invoke a change in the weather patterns. I’ll admit it – I’ve included a few prayers here and there not just selfishly for me (because heck I want to be on the snow as well) but for the hearty souls that own, operate and work at these ski areas.

(Not necessarily in that order 😉