Who Says You Canâ€™t Have it All 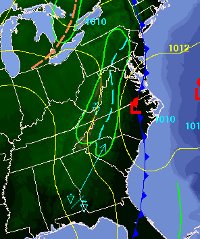 Whoever said you can’t have it all hasn’t skied the Southeast.  Just about all of our member resorts are starting out with rain this morning.  The clouds will break this afternoon and we’ll get mostly sunny to full on sun.  And then, depending on where you are, you might see snow flurries by the time we’re all said and done tonight.  Jeez!

West Virginia will see it first with a 70% of snow late tonight – however both Beech and Snowshoe are getting a little snow now.  Just about everyone is expecting snow tomorrow, and given the big weekend coming up for the slopes this is a very welcomed sign.

It all depends on where you are in the world – or the Southeast to be a little more specific.

Beech is getting snow now, 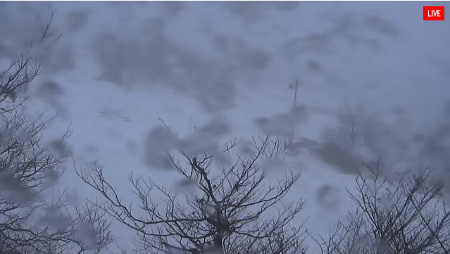 While the clouds are starting to break at Wintergreen 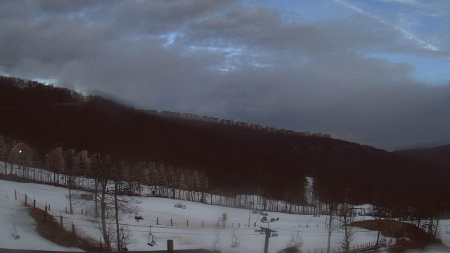 Ober Gatlinburg is the only resort that currently has an announcement from the National Weather Service.  The Special Weather Statement isn’t quite sure what is going to happen or when because of competing models, but there is a chance of 1-4” of snow.  Up in West Virginia, Snowshoe is expecting up to 5” over the next 48 hours or so.

But, we have to get through the rain first which has been falling overnight.  This has caused a few notable changes in the snow reports this morning.  Appalachian lost about 2” of base, Beech lost an inch and closed down a run (the blue Crossway – really no big loss as it’s just a connecter between Upper Shawneehaw and Robin’s Run), and to round out the North Carolina High Country, Sugar Mountain is down 2-6”.  Don’t fret about the minor losses, the resorts still have plenty of snow with over 30” as the low estimates.

Be sure to keep an eye on the resort cams today and tonight as things are going to happen.  Also be sure to head over to the message boards as Kenny has started up a lively debate on this year’s proposed summit at Canaan Valley.

Take Care out there today.