Where Have They All Gone? 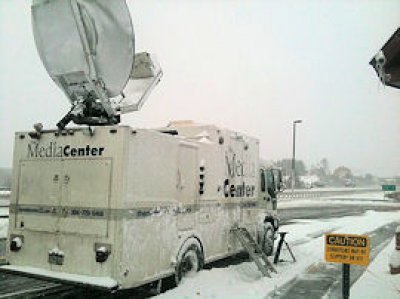 I stopped by the last locally owned ski shop in Charleston, West Virginia, Sport Mart last week and heard some disparaging news from the owners; they are discontinuing carrying any winter hard goods (skis, snowboards). The good news is that they will still sell soft goods (hats, gloves, etc.) and provide rentals. I really can’t blame them as they have $175,000 in inventory that dates back two years. It seems skiers and snowboarders are using the internet and nationally owned franchises when they decide to purchase new skis and snowboards and that’s a shame.

Sorry to say but the fate of the locally owned and operated ski shop is going by the way of the Rope Tow. For the most part, to really find someone that truly understands the difference between a ski and snowboard you have to check in with the folks at a ski shop that is located near your favorite ski resort. I feel reasonably certain they know the difference between a ski and snowboard boot. But for that locally owned ski shop where you could take your skis or snowboard in and swap slope talk while you get a tune up, those days are numbered. When I got to West Virginia in 1990 there were four locally operated ski shops and all were active with the local ski club (another lost ski industry commodity) and now only Sport Mart remains.

When I served as Communications Director at Snowshoe Mountain Resort I worked closely with ski shops from Florida in the south, to Tennessee to the west and Maryland to the north. In 1990 there were hundreds of shops to work with, by the time I left my resort position in 2005 there were less than a hundred. Again, truly a shame for every skier and snowboarder in the region. These shops were vital to getting the word out about the industry and every resort depended on all of them. When you went into the shop to purchase new skis or a snowboard you got to inspect, try-on and ask questions about the item. Now it’s basically a picture on the internet and hope you are happy when it arrives at your front door. Some shops even let you try out the merchandise and if you were unhappy with the performance of the item you could exchange it for something different.

Now let me be clear about something, some of the best service you will get when shopping for skis and snowboards will come from the employees of ski and snowboard shops that are located near a resort and even the shop that is located within the resort. They live and breathe the industry and when they are not in the shop they are probably on the slopes. That’s just awesome for someone looking to purchase new equipment because that sales person understands that skiing or snowboarding in the southeast is totally different than skiing out west or even in the northeast. They listen to you and try to find out your skill level and suggest a type of ski or snowboard that is going to best suit your needs. So if you are in a metro area and you no longer have that local ski shop think seriously about making that next purchase at that shop around or in your favorite southeast resort.

Getting back to my original point of the column, the next time you are going to make that purchase over the internet, maybe you should take a moment and think if you can maybe buy that same item from a shop locally. There is something to be said to shopping locally and I am a firm believer in being able feel, taste or touch the item I am going to purchase. I know you say it’s a lot easier and some of the time cheaper to just fire up the computer and make your purchase. Well the next time you hit that enter button, just think you might be costing somebody their job. I know you say I am being over dramatic here and maybe I am but it’s time more of us watch out for each other’s’ backs. I firmly believe if we would’ve kept doing this with our local ski shops then the Dodo Birds would still be flying.

So I guess the moral of this week’s column is to think about where and how you make that next purchase of skis or a snowboard, somebody’s job just might depend upon your purchase decision.