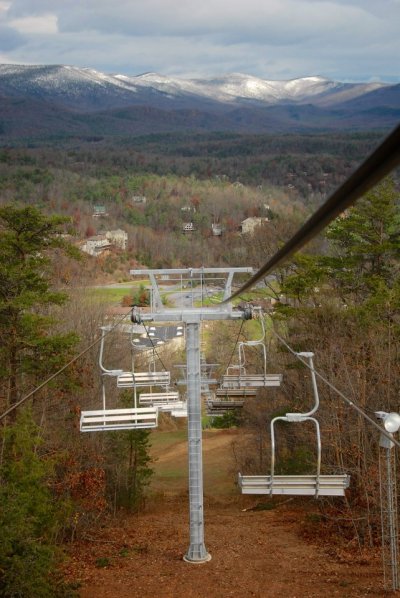 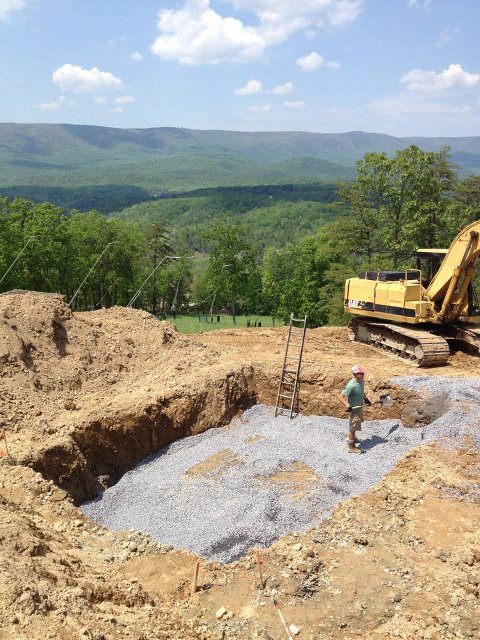 Mid-December can’t come soon enough for Bryce Resort located in Basye, Virginia. The 2012-2013 season has been a long time coming. They’ve been preparing for it since the end of the last one. Their 2011-2012 season ended on March 11, and on March 12, the team got started on their new project – a Skytrac quad lift.

The state-of-the-art lift was designed and built by Skytrac, Inc. of Salt Lake City, Utah. According to the company, their lifts are "an investment that will last for decades." The lift features 90 chairs with padded seats and safety bars. They also installed an automated chairKid loading conveyor closer to the base, which will make it easier for children and beginners. The lift will load a whopping 1,800 skiers/snowboarders per hour.

Pre-construction began mid-March and final work was completed early November (eight months of hard work and preparation). The initial step was to remove the old chairs on Lift 1, which were installed in 1965. Yes, you were riding on 47-year old chairs, but they did the job, didn’t they? The resort was even selling the old chairs – $250 to own a piece of Bryce history. 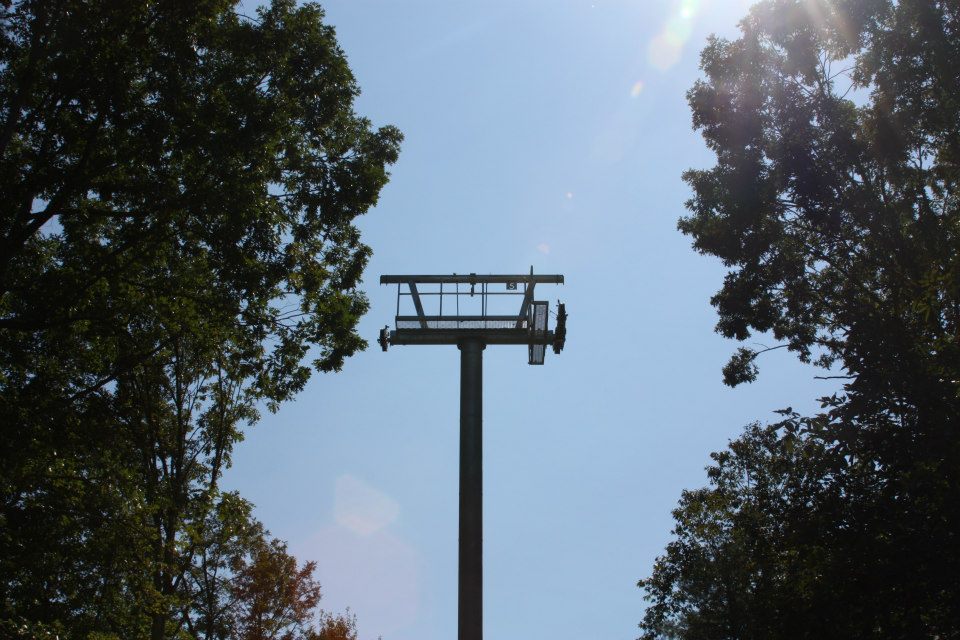 As the months changed, the project got closer and closer to completion. The first shipment of steel arrived in July. The actual building of the lift began in August. In September, they went vertical. The motor room was installed in early October and loading conveyor surface not too far behind. Soon after that, they added the chairs to line and began testing on Halloween. November 3 was when they wrapped it up with the load test and final work. 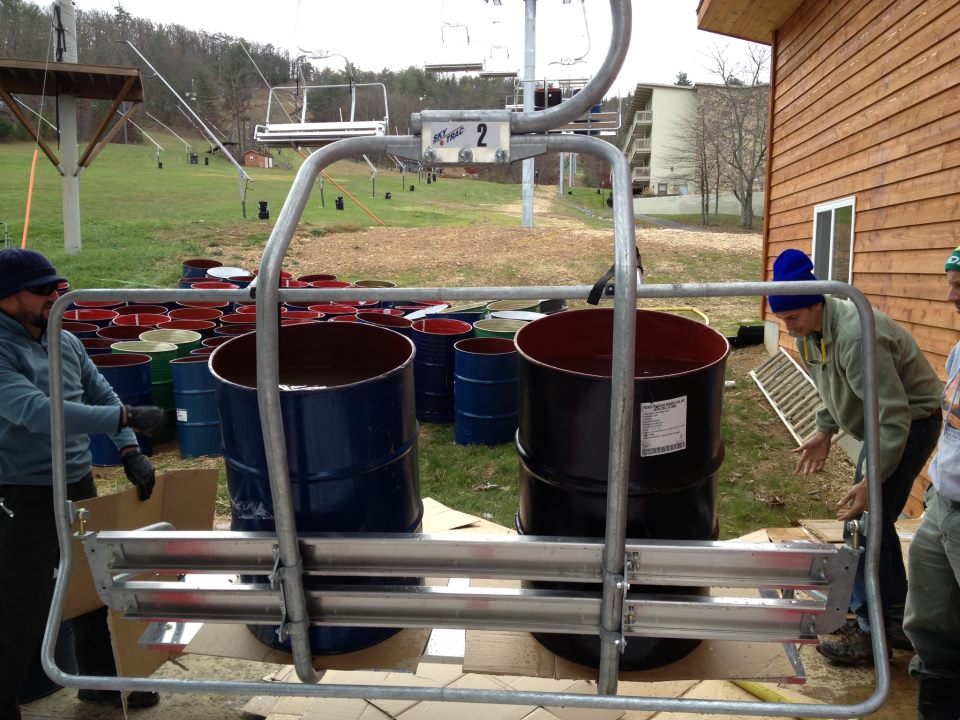 One of the tests involved apple barrels filled with water. With two on a chair, they weighed just shy of 900 pounds. I would say that’s enough, wouldn’t you? With all tests successful, the new lift is ready for action. I wonder who will get the first seat…

Recently named "the most family friendly ski resort in the mid-Atlantic/Southeast region," Bryce is striving to be the best all-around. For more information on the resort, be sure to check out their member pages or visit their website. Stay tuned to see when this lift will take its first live run!

Don’t forget to follow us on Twitter and be the first to know when Bryce and other resorts plan to open!

Email me your comments, photos, and more at [email protected]