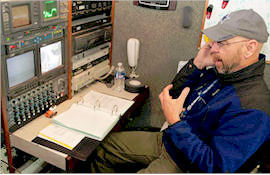 Don’t look now but things have been pretty busy at all of the ski resorts in the region recently because Mother Nature has provided some very nice snowmaking temperatures. I saw Snowshoe’s snowmaking up close and personal over the weekend and they are going to be in very good shape when they open for the season this Wednesday, November 27.   Again this year, the first alpine resorts to take advantage of the favorable snowmaking situation were Sugar and Cataloochee in North Carolina but the first area to actually open was White Grass Touring Center in the north central region of West Virginia.  That area offered cross country skiing and snowshoeing when natural snow fell in the backcountry of Tucker County.

Like I have done the last couple of years, I thought for my first column of the season, I would check out what some weather experts thought was going to take place this season for skiers and snowboarders in the Southeast and mid-Atlantic regions.  I have seen a lot of pictures and video from resorts in the region of snowmaking and things are looking very nice. So I wanted to look into the snow globe a bit to see how some weatherman felt about the upcoming season. So here goes.

I first spoke with Meteorologist Jacqui Jeras of WJLA-TV, Washington, DC and here are her thoughts: This winter is a tricky one to forecast with major climate signals in a neutral phase.  However, the direction I am leaning should please those planning to hit the slopes the next few months.  I am expecting a cooler than average winter especially to start and with near average snowfall for the Mid-Atlantic states.  A number of factors are weighed in my forecast, some of which include snow cover to the north, a phenomenon called the Madden-Julian Oscillation, and ocean temperatures in the Pacific and Atlantic.  There should be several opportunities, especially for WV, VA, and MD to get accumulating snowfall.  However, farther south in TN and NC they could miss out on some wet opportunities as the storm track may steer just shy of the area.  Either way, temperatures should be cold enough to get the snow machines cranking.

Let’s check in with Spencer Adkins, Chief Meteorologist for WOWK-TV in Charleston/Huntington, WV and see what is on his mind: I wouldn't call what I do on the slopes skiing, it's more like "organized falling."  Therefore nobody likes soft, cushy powder more than this guy.  That said, I know everyone was let down when the official government forecast for December-January-February showed "equal chances" of above or below normal temps and precipitation in this ski region.

If you stop to think about it, that means that we have a very good chance of being right around normal.  Around here, where ski resort normal snowfall can top 150 inches of snow, "normal" is a good thing.  I am also a huge fan of not looking three months down the road, but rather, evaluating the situation we're in by this time of year for trends.  As I write this, the second big splash of cold air is already here in my neck of Appalachia with what could be the third appearance of snow even in the western lowlands.  Hello!  That's a stout early appearance of winter by anyone's standards!

Signals point toward more blocking high pressure in the Arctic setting up, meaning more cold air coming down from those regions to the south.  The Great Lakes have a long way to go to freeze.  So there's a lot of moisture there for those cold northwest winds to carry the clouds to the ski resort areas and turn into fresh powder.  This is all before we can even determine daily patterns that could form even more snow creating storms.

Anybody who knows me knows I am usually very conservative when it comes to snow total forecasts but all of the factors I have listed, not to mention good snow and ice cover already in place over the northern portion of the planet, lead me to a very ski friendly outlook.  I've seen a peek at a few recent mid-range climate models that indicate the first part of the ski season should be great for the arrival of some natural snow and nice conditions, especially at night, to continue to crank out the manmade snow that will also help build a big base.  Even if we experience a late ski-season warm up, as some experts predict, a deep early base won't melt off too quickly.  Plus that just makes it nice to get out and ski anyhow!

So my overall prediction is a cold, snowy early season with some great ski conditions, leading to many smiles on the faces of avid winter outdoors enthusiasts.  I also predict that if I can get out to the slopes myself this season, I'll be easily identifiable.  I'll be the guy encased in a helmet and bubble wrap.  Happy fresh powder days to you!

Let’s go to Sean Sublette, Chief Meteorologist for WSET-TV in Lynchburg/Roanoke, VA.  Here is what Sean is forecasting: While seasonal forecasting contains many pitfalls, there are some signs of a colder and drier winter for much of the Middle Atlantic and the Southeast.  However, this is not all bad news for ski resorts.

Additionally, cold and dry air is ideal for snowmaking. So even in an absence of the classical big snow storms that ride up the East Coast, the weather pattern is still conducive to good ski conditions from Maryland to North Carolina.

Now let’s check in with Joe Murgo, Chief Meteorologist for WTAJ-TV in Altoona, PA.  Here is what Joe thinks: Most winter forecasts reference El Nino or La Nina, either of which help dictate the winter jet stream from the Pacific. Both of these do have strong correlations to the type of winter weather for parts of our nation and do influence the weather for the Mid-Atlantic region, but only a little. It doesn't really matter this year, because the tropical Pacific is running pretty close to average this year, a condition that we call La Nada. This La Nada will leave us with a finicky winter controlled by other shorter-term factors. Colder waters in the Gulf of Alaska help to promote cold outbreaks for the Western United States and mild weather for the Southeast. My gut feeling is that the majority of the early winter cold will be missing us to the west with only brief spells of cold weather through the early part of December. Snow and ice through the Arctic, Asia and Canada grew faster than recent years setting a good environment to develop arctic air masses. While we may miss some shots early, this may set the stage for brief snaps of intense cold, especially through the mid-winter.

The last sign I look for is the water temperatures off of the Atlantic coast. Warmer than average ocean temperatures usually help to fuel storms along the coastline, while colder water inhibits storm development. This year, the temperatures are running near to slightly below average off of the Southeastern states and above average off of New England. This tells me that we will have less big coastal storms, and the ones that do develop, may tend to do so once they pass our area.

Here are the specifics for the Wintercast for the ski resorts in the Mid-Atlantic to Southeast. I'm forecasting for a near-average December, but that may come from some real warm days in the month balanced with a couple of cold outbreaks. With the cold starting to win more at the end of the month, it could give us at least a better chance for a little snow for Christmas. We're going to be prone to a couple of brutal outbreaks of arctic air in January making it a much colder than average month and harsh compared to last year's mild January. With the cold, we'll have several bouts of light snowfall, with the upslope flow really boosting totals for the resorts in West Virginia and western Maryland. Also, with the cold, temperatures will be ideal for snowmaking which may help to make up the lack of big storms for some of the resorts. I'm thinking the cold will last into February but then the chill should start to ease and shift westward by the end of the month so we will have a much earlier peak in the ski season compared to the late season surge we had last year. I think the cold will ease quickly through March and we will end up a little above average by the end of the month and much warmer than last year. So right now the odds of skiing into April may be small.

To summarize, I believe temperatures will be below average this winter with snowfall ranging from above average for Maryland and West Virginia ranging to near average for North Carolina and Virginia.

Finally, we turn to Herb Stevens, a long-time meteorologist and recognized for 25 years along the east coast as The Skiing Weatherman; his thoughts on this season’s weather is as follows: This year, the most intriguing signal across the wide spectrum of factors that I consider for a winter forecast is the pool of warm water over the northeast Pacific Ocean.  It extends from just off the coast of Washington and British Columbia westward to the Gulf of Alaska.  In that position, it supports the idea of a western ridge at the jet stream level, which in turn would favor a trough over the eastern half of North America.  The warm pool wasn’t in the same position the past couple of years, when cold weather was hard to sustain for an extended period of time.  The influence of that pool has already started to manifest itself, as an early parade of cold high pressure centers sliding out of the Yukon and down the eastern flank of the ridge has already given snowmakers a jump on the season.

In the central Pacific, a very weak El Nino is in place, and that should help energize the southern branch of the jet stream somewhat…enough to produce at least a few of those important southern track lows through the winter that often bring the central and southern Appalachians their biggest snows.

The current distribution of water temperatures in the Atlantic lends itself to a blocking pattern up towards Greenland, which could work hand in glove with a western ridge to allow an eastern U.S. trough to dominate this winter.  All in all, I think that these three signs point to a solid winter in the East, from New England all the way down to the southern Appalachians.

So now you have a little insight what the experts think for this year’s weather.  It seems that all “in the know” think conditions for Appalachian riding (skiing and boarding) will end up being okay this year again due to the snowmaking capabilities of all of the resorts in the southeast region.  Nothing better than some good old fashion snowmaking power to put smiles on winter lover’s faces.