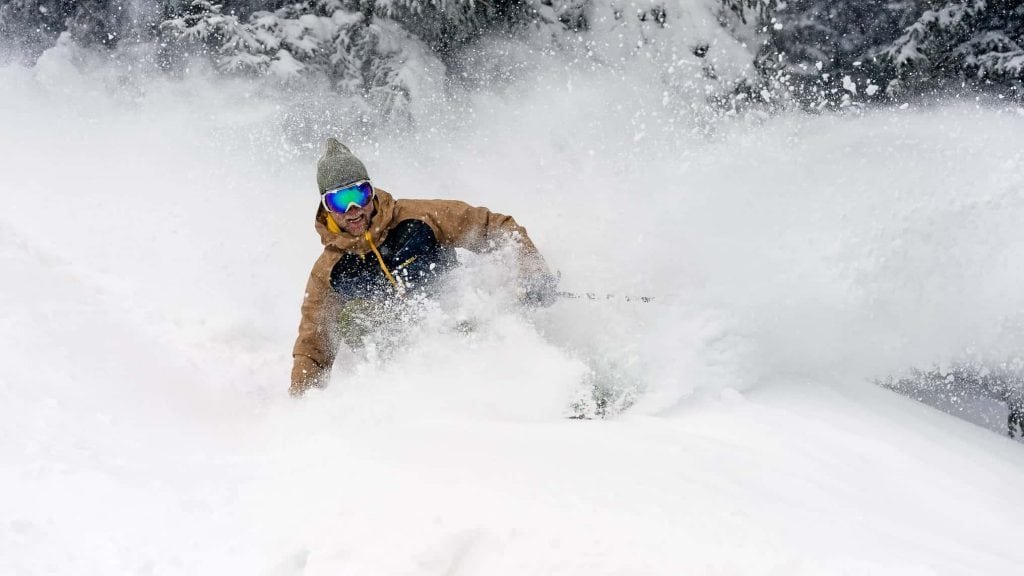 As I write my first weekly Snow News Is Good News of the season (Sunday morning), I am sitting at my farm located in the southern portion of Randolph County in West Virginia, about 13-miles to the top of Snowshoe Mountain. It is 33 degrees here at 2800 feet and 27 degrees at the top at 4800 feet. That only means one thing, the snowguns are operating.

Speaking of snowmaking, it looks like a number of resorts throughout the region have been able to put water and air through their systems. In fact, a group of resorts in North Carolina – Sugar, Appalachian and Cataloochee – have already dropped the ropes and let people have some fun in the snow. I know Snowshoe will be opening for the season on November 21 and look for others to follow, soon after.

Like I have done since starting this column 14 years ago (Mike we are getting gray), I again checked out what some of my friendly and well dialed-in weather experts think is going to take place this season for skiers and snowboarders in the Southeast and mid-Atlantic regions. Here are their forecasts:

From long time weather forecasting friend Sean Sublette, who is a staff meteorologist at Climate Matters in New Jersey. Here is what Sean is forecasting for this year:

Winter outlooks still have a long way to go before being regularly reliable, but there are encouraging signals suggesting it will be a good winter for resorts from the Middle Atlantic to the Southeast.

One of the most important signals about the upcoming winter is the current state of the eastern Pacific Ocean along the equator. When that water is warmer that normal, it referred to as an El Niño, which makes for a more active southern branch of the jet stream in the winter and more precipitation than normal. But it does not necessarily mean rain or snow. Stronger El Niños tend to be warmer, and thus bring more rain versus snow, but the current El Niño looks like it will be weak or moderate.

There is also a large area of abnormally warm water in the northeastern Pacific Ocean, near the Gulf of Alaska. This helps warm air surge north into western North America. And when warm air surges north on the western side of North America, cold air surges south on the eastern side (and vice versa, by the way). So if we get more regular shots of cold air from the Arctic coupled with an active southern branch of the jet stream, which appears to be the case, it gives us many more opportunities for snow in the Middle Atlantic and the Southeast.

As a result, the odds favor a snowier than average season, meaning a good season for skiers in Maryland, West Virginia, Virginia, and North Carolina. 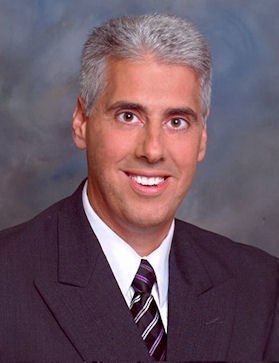 Again this year, I reached out to a weatherman, who is also a ski instructor, Joe Murgo, Chief Meteorologist at WTAJ-TV in Altoona, PA. Here are his thoughts:

I believe this is going to be a favorable winter for the southeast ski resorts.

Sure, a lot of people talk about the El Nino and all of the sudden just go with that, but there is truly more to it than that. The strength of the El Nino and the position of the warmest waters play a factor. Also ocean temperatures, growth in snow cover and sea ice make a difference too.

All these put together, I think ski season starts strong, but we do go through a lean period from around mid-December into January before the pattern switches back to a cold and snowy February of which I think brings winter’s best. When we go through these pattern switches there will be a chance for bigger snow events. I think we’ll have a good chance for a couple of big storms.

So, snow may come in big chunks this year rather than in nickel and dime events. If you’ve got a good memory, think back to 2002-3 for the type of winter I think we will have.

I think finally after several years of warm and low snow totals there a real chance we could see a decent year in the Southeast.

The combination of a weak El Nino which gives us a favorable storm track and even near average temperatures would be an improvement over the past 3 seasons for sure. While there aren’t many strong signals for a really cold winter. The signals are strong for a wet winter. Which means our chances of numerous winter storms is higher than in the dry seasons the past 3 years.

So my forecast is for a wet winter with near average to even slightly below average temperatures. Keep thinking snow!!! 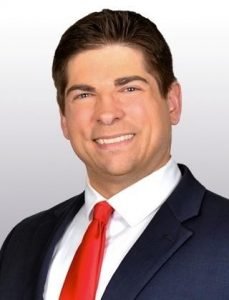 When putting together a Winter outlook I like to look at analog years…previous years that had a similar general weather pattern setup to what it appears we’re seeing now. The 2017-18 Winter was dominated by a La Nina…a cooling of the waters in the equatorial Pacific Ocean. However, that cooling moderated and is now warming again. It is forecast to warm enough in the coming months that it will qualify as a weak El Nino pattern for our upcoming winter.

What I did was look back at recent years where we went from a La Nina one Winter to an El Nino in the following one. Doing this highlights the winters of 2006-07…2009-10…and 2014-15 as possible foreshadowers of what this Winter may bring.

In looking at those 3 Winter analogs, what stands out is that all three were wintry! Snowfall was above average…including one of the snowiest Winters on record for the 2009-10 winter. But it wasn’t just snow…all three winters featured below normal temperatures with February being especially harsh with severe cold.

I’m particularly interested in the 2014-15 Winter as a possible comparison. This November in the East is going to be the first colder than average November since 2014…which matches up with how the 2014-15 Winter started. November 2014 was about 4-6 degrees below normal for the East and November 2018 looks like it will finish in that ballpark. Parts of the East Coast and Ohio Valley have already experienced a major winter storm (in Fall!)…well ahead of the normal time frame.

Looking ahead to December there’s a strong signal for below normal temperatures to continue. There are signs that we may end up in a drier pattern than November so it will be interesting to see whether moisture can link up with that cold air…but in any event it looks like ski resorts should be in good shape to at least make their own snow through the month with few (if any) significant warming spells.

Looking back at the three Winters I listed, the appearance of three extremely cold Februarys suggests to me that this Winter may shape up in a similar way. We may see a relaxation of the cold for part of January before the true apex of Winter arrives in the following month with severe cold and significant cold. I would not be surprised to see many parts of our area experience at least one if not multiple sub-zero mornings.

To wrap up, I expect overall Winter temperatures to average between 3 to 6 degrees below normal from December to February…with snowfall around 125%-150% of normal. Presuming that pans out it should be an excellent season for skiers and ski resort owners for the 2018-19 Winter. 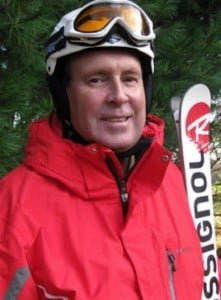 My outlook for the winter won’t take as long to spell out as it usually does.

Simply put, the normal number of opposing factors that have to be considered is just not present. The driving factor, as usual, is the state of the water temperature profile in the equatorial Pacific Ocean. The oceans hold 1000 TIMES the energy of the atmosphere, so the water temp profiles have to be looked at first.

A weak to moderate El Nino is evolving, one that will be focused in the central Pacific. This version is known as a “Modoki” El Nino, and previous Modokis have correlated with colder and snowier than normal winters over the eastern third of the country, including the Southeast.

Other phenomenon that are present that correlate with cold, snowy winters are an anomalously warm pool of waters in the northeast Pacific Ocean, and a cold pool off the northwest coast of Australia. The warmth in the northeast Pacific supports a persistent upper level ridge over western North America which works in tandem with a cold upper trough over the eastern half of the continent…the troughs are necessary to generate coastal storms that produce the most widespread heavy snowfalls in the Appalachians. The cold pool in the eastern Indian Ocean limits convection in that part of the world, which in turn, correlates with eastern troughs well downstream.

Early season snowfall and snow cover over Canada has been well above normal since late September, and that supplies the cold air needed for the snowmakers…and helps to explain the early season snow that fell this past week form the Deep South to New England.

Lastly, there is the matter of the sun. We are very close to the end of Solar Cycle 24, and when solar output goes quiet as it has been this year, we find a tendency for high latitude blocking patterns in the winter…those blocking patterns often lead to prolonged periods of colder than normal weather in the mid-latitudes where we like to ski and ride. How quiet has the sun been? More than 60 per cent of the days this year have been sunspot-free…check out www.spaceweather.com to learn more about that.

These primary factors are all singing the same tune as it relates to the upcoming winter. A season that has already started at many resorts will turn out to be a terrific one for skiers and riders in the central and southern Appalachians.

Well there you have it, sounds like a promising season on the horizon, weather-wise for everyone wanting to play at their favorite resort in the southeast.

See you on the slopes.