What Does Heavy Snow Mean for this Weekend’s Travel Plans? 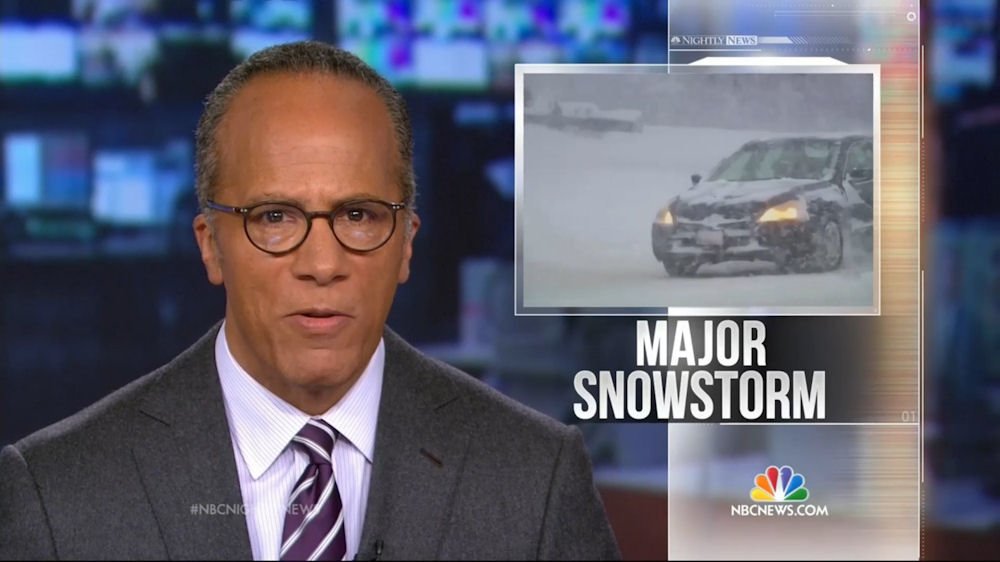 This entire 2015-2016 ski and snowboarding season has been a challenge. I won’t rehash old news about how difficult November and December were except to say that even through today, January 20th it has been a snow-starved winter for ski areas in the east. To give you an idea of just how snow-starved we’ve had it…only 17.8″ of snow has fallen to date in Davis, West Virginia. Compare that to more than 70-80″ of snow that fell during the same period in EACH of the last two previous seasons.

Beech and Sugar Mountain have only seen 7″ or so this season which is a far cry from the normal of 80″ within a typical season.

…and Now a Blizzard is Coming. Is that a Good thing? 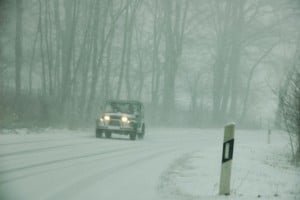 Heavy Snow Can Mean Travel Woes…unless you are prepared ahead of time.

The idea of HEAVY SNOW in the forecast is music to the ears of every snow crazed soul in the region. I have already fielded hundreds of emails excitedly pointing out that this impending storm may be the best in years. Kenny Griffin and I were sharing texts and phone calls last night that was akin to kids on Christmas morning talking about how deep the snow may be by Friday and into Saturday. As Kenny’s FirsTrax post read this morning – Brad Panovich, Ray Russell, Herb Stevens and nearly every weather guru in the land is talking about measuring the coming snowstorm in terms of FEET and not inches.

Kenny and I are PLANNING on attempting to do some LIVE BROADCASTS during the snow event as well as filming some “on slope product evaluations” of it on Friday.

So we’re all excited. This is potentially huge. We could see many ski areas – especially those in Virginia, West Virginia and Maryland see a TON of “catching up on seasonal snowfall” from this ONE storm. 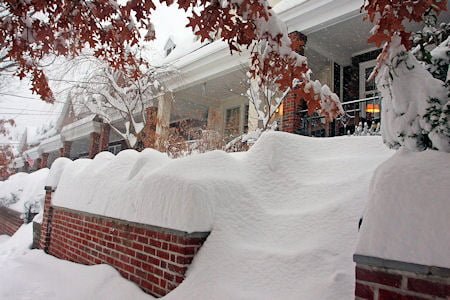 Some forecasters are predicting 30″+ for Virginia and West Virginia mountains!

Bear in mind that the Virginia ski areas have seen anywhere from ZERO to a TRACE to maybe ONE INCH of natural snowfall so far this season so it is VERY conceivable that some of the Virginia resorts could see snowfall totals from this weekend’s storm that would meet or surpass their entire annual average snowfall for a SEASON! Wintergreen Resort AVERAGES 34″ per season and so far they’ve had a few dustings and that is it. If some of the forecast models pan out they could see a couple of feet of snow or more.

THE NEXT BIG CHALLENGE??? 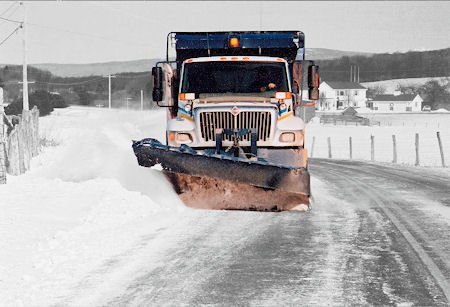 Our Mountain Road Crews Will Keep Our Roads Drive-able

Road conditions. This storm seems to be such that it will be pounding the mid-Atlantic with snow that not only leaves several inches of snow in the mountains…it will be affecting the cities as well. Those are the very same cities where people who might want to travel to the mountains – live. Road clearing crews in Charlotte, Raleigh, and other feeder markets are not very good at handling deep snow.

The timing of this storm could be good and bad for ski areas of the Southeast and mid-Atlantic. We’ve already lost great “skier-visit” weeks and weekends when things were sub par during the Christmas to New Years weeks. We’ve had some rain on Fridays and even into a couple of the weekends so far this season. All of those things are certainly playing a role in what has been a challenging season thus far for the ski resort managers of our area.

MLK Weekend provided brisk traffic and though only a few mountain ops people would talk about it – traffic certainly wasn’t “record breaking” this past weekend. Good…just not the kind of traffic to make up for the first month or so.

…and now we’re looking at the BEST conditions of the season RIGHT NOW even if not one flake of snow were to fall from heaven this weekend. Resorts across the region have been able to make record amounts of snow over the last week and terrain is as pristine as it gets…minus the kind of champagne powder that falls rarely from heaven.

Huge snow is being forecasted with a couple if inches coming TODAY…and then the BIG SNOW hitting Thursday night through Sunday. Most forecasters are predicting a foot or more AT LEAST across all ski mountains with some areas getting 2-3 feet and more.

The Message of Today. Let me Make a Suggestion… 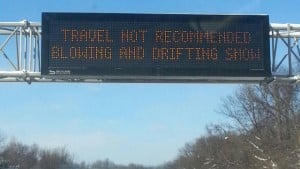 Be prepared. Leave early if you can. Use caution.

If you already have plans to head to the mountains this weekend…you’re in for a wonderful time with the kind of epic ski trip that you’ve always dreamed about. However you MAY want to think about playing hooky one day early and make your travel to the mountains on Thursday. Travel will be much easier coming from off the mountains.

If you have been thinking about a ski trip and you’re wavering because of travel concerns…let me tell you that your only real travel issues will probably be in your home town…because our road crews are the best in the business at keeping our main roads and highways clear. You’ll no doubt hear your local weather people warning you to “stay off the roads” and don’t risk DEATH from traveling before, during or after the heavy snow.

I know that I speak for every resort owner and manager when I say that we all want our visitors to the mountains to BE SAFE. So if you’re planning a trip up – do so safely and be aware of conditions. Know your own driving limitations and equipment – and travel accordingly.

If possible – I would strongly suggest to call your lodging people and see if you can add one day of lodging to your trip. If that’s not an option, maybe come up Thursday and get a hotel room. Then you’ll be here when the snow hits.

Based on what we’re seeing right now…the heaviest snow will probably be in the Virginia, West Virginia and Maryland mountains. Weather people all across the mid-Atlantic will be telling you to stay put and don’t go anywhere. However, I would tell you that if you have the proper vehicle, good tires, (maybe snow chains) and 4WD, you can get to and from anywhere you want to go. The ski resorts will insure that their access roads are kept plowed and each of the states now do an awesome job of provide LIVE content per road conditions.

Here on SkiSoutheast you can CLICK HERE FOR ROAD CONDITIONS and our buddy Joe Stevens reminded us this morning that the WV Department of Highways has a great website resource for monitoring road conditions. See www.WV511.org or you can call 511 and follow the voice prompts to the highways/interstates that you may be traveling in West Virginia.

Don’t be stupid and go off half-cocked with no worries in the world in terms of heading to the mountains when a storm is imminent. However, if you are properly prepared, have the proper equipment, and take precautions…such as driving slower, leaving early, packing extra blankets, etc. you’ll be in store for an epic weekend and week ahead.

Don’t tell your boss…but we’re giving you permission to play hooky and head to the mountain early on Thursday. You can thank us later.