What a Great Weekend It Was! 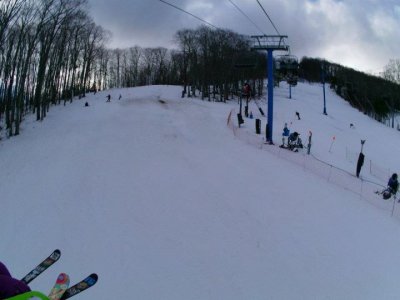 We had a few weekends of skiing and riding in November, but this past weekend was the first one this season where things really got going at ski areas here in the Southeast.  Beech, Sugar, and Cataloochee opened to what seems like was a snow starved public.

I’ve been at Beech’s opening day each of the last 4 seasons and Saturday was the busiest I’ve seen.  Lift lines on the quad were only 5 minutes at the most, but the number of people on the mountain really surprised me.  It was really good to see.  I didn’t see or hear anything about Sugar, but as I was driving by there on Saturday it looked like there was a good number of people on the mountain as well.

Then, there was Cat.  If you didn’t know, Sunday was Can-U-Ski Day there.  Bringing in 10 cans of food would get you a free lift ticket for the day.  This event has always been popular but this year it was even more so than normal.  So much so that they had to CLOSE THE MOUNTAIN at 10:45 a.m. because of the huge turnout.  I think I can recall this happnening one other time there, but it’s pretty crazy that this has happened so 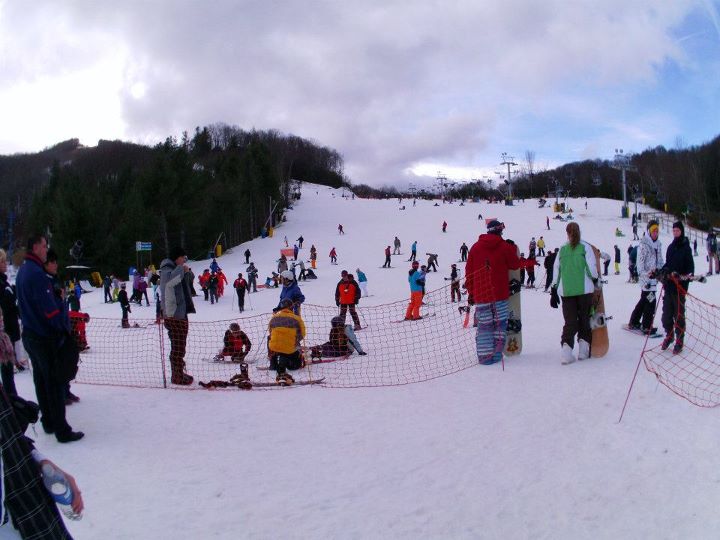 early in the season.  The web cam out there looked more like a holiday weekend than the first weekend in December.  You can check out a trip report from Sunday over on the messageboard.

<<< Cataloochee was PACKED this weekend as you can see from this picture snapped on Sunday.  It was all for a good cause though!

Those three resorts all are open today and remain the only ones in the region to be offering skiing and riding.  The only change to note is that Cataloochee will only be skiing on 6 trails today from midstation down.  It still should be pretty fun out there though!

The next few days don’t look particularly great in terms of the weather.  Underdeveloped snow is expected later today, lasting through Wednesday.  The good news is that colder air is slated to arrive Wednesday night though and areas here in North Carolina and up into West Virginia could see a little natural snow overnight on Wednesday.  As of now, temperatures beind this system look to be colder once again so this weekend should provide another opportunity to get some quality turns in.  It would be perfect timing for the resorts up into West Virginia as Snowshoe, Canaan, Timberline, and Winterplace are all planning on opening this weekend.

That’s a pretty brief summary of the next few days.  As always, head on over to High Country Weather to get a better of idea of what’s to come.  I’m going to be getting another weather video ready here in the next few hours so be on the lookout for that as well.

Previous Post
199,197 Visitors hit the SkiSoutheast Network During the Week of November 27th through Saturday, December 3rd!
Next Post
Good Conditions and Free Lift Tickets Made for a Huge Turnout at Cat on Sunday!