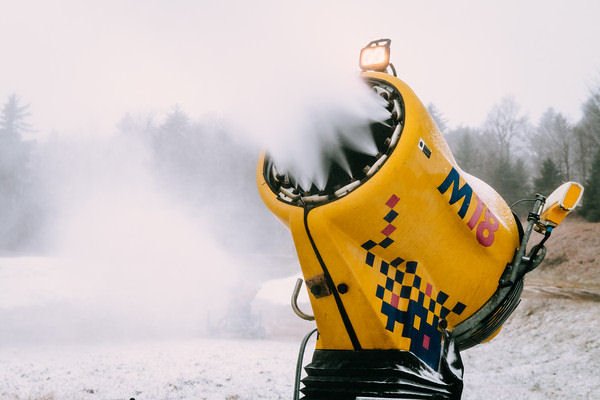 Charleston, WV – Skiers and snowboarders will be heading to the mountains of West Virginia this week as the first downhill area will be opening for the 2016/2017 season.  Snowshoe Mountain is planning to open this Friday, November 25.  For the other alpine areas in the state, Winterplace and Canaan Valley Resort, Saturday, December 10 and Timberline, Friday, December 16. The natural snow that fell earlier last weekend allowed one of the state’s Nordic areas, White Grass Touring Center, to begin providing cross-country skiing and snowshoeing last week.  Canaan Valley will be opening its Snow Tubing Hill on Friday. 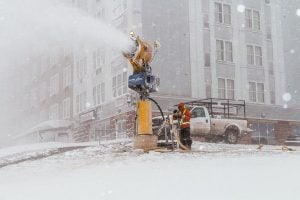 Snowmaking crews work diligently to prepare the mountain for our pleasure! Click to Enlarge!

While the temperatures have been on the mild side across West Virginia earlier this fall, temperatures in the higher elevations have been cold enough this week for snowmaking operations to commence in preparation of the various opening days.

The snowmakers at all the state’s ski resorts can produce manmade snow whenever temperatures permit, allowing the industry’s unsung heroes to cover the slopes for skiers and snowboarders.

When snowmaking conditions are at their best (in the low teens), over 20,000 tons of snow is being produced in West Virginia per hour, enough snow to cover 20 football fields with a foot of snow each hour.

The mountain state’s resorts annually attract over 800,000 skier visits, but that figure wasn’t reached last year, as the state’s snow sports industry didn’t get into full swing until early January.  “It’s always important to open as soon as possible and thank goodness we are on schedule this season,” says Terry Pfeiffer, President of the West Virginia Ski Areas Association and President of Winterplace. The top states providing skiers and snowboarders to West Virginia slopes are Virginia, North Carolina, Ohio and Florida.