Charleston, WV – Skiers and snowboarders will be heading to the mountains of West Virginia this week as the first downhill area will be opening for the 2013/2014 season.  Snowshoe Mountain is planning to open this Wednesday, November 27, kicking off their 40th season with at least 3 lifts and about 10 trails for opening day.

The other alpine areas in the state, Canaan Valley, Timberline, Oglebay and Winterplace are all planning to open for the season the early part of December. Officials with Winterplace indicate the mountain may open early due to favorable weather conditions. 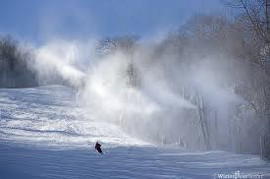 The recent cold temperatures throughout the mountains of West Virginia have allowed the resort’s snowmakers to work around the clock covering the slopes for skiing and snowboarding.  For the latest conditions go towww.goskiwv.com.

“The skiers and snowboarders here for the Thanksgiving holiday are going to be pleased with the amount of snow we are opening up with,” says Dave Dekema, Snowshoe Mountain’s Marketing Director. “We are also expecting natural snow this week so that will help the conditions.” 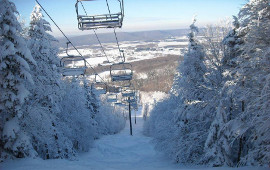 The mountain state’s resorts annually attract over 800,000 skier visits, and last year that figure was reached.  “It’s great to open for the season, all of the resorts are ready for the skiers and snowboarders,” says Terry Pfeiffer, President of the West Virginia Ski Areas Association and President of Winterplace. The top states providing skiers and snowboarders visiting West Virginia slopes are Virginia, North Carolina, Ohio and Florida.

Previous Post
A Wet Start to the Winter Storm
Next Post
The 2013/2014 Southeastern Ski Season Kicks Into High Gear Today!