Resorts will attempt to conduct the largest ski and snowboard lessons in one day which will be included in the Guinness World Book of Records this Friday at 10am.

(Canaan Valley, WV) – Wild, Wonderful West Virginia, in collaboration with the West Virginia Ski Areas Association, kicked off Learn To Ski and Snowboard Month for the 2016-2017 ski season.  The season, which began in November, so far has progressed nicely for the resorts as thousands of skiers, snowboarders, snowtubers visited West Virginia’s slopes over the Christmas and New Year’s holiday. Cold temperatures have allowed the resort’s snowmakers to cover the state’s slopes providing the most acreage in the region for skiing and snowboarding.

Learn to Ski and Snowboard Month (LSSM), started by a group of industry officials in 2007, encourages children and adults to try to ski and snowboard if they never have done so and also encourages those already involved to try a new way of having fun on the slopes.  This year all of the resorts participating in LSSM will attempt to conduct the largest ski and snowboard lessons in one day which will be included in the Guinness World Book of Records this Friday. All lessons will happen at 10 a.m. at each area. Trained instructors will teach ski and snowboard lessons in separate classes. The lessons are for beginners. 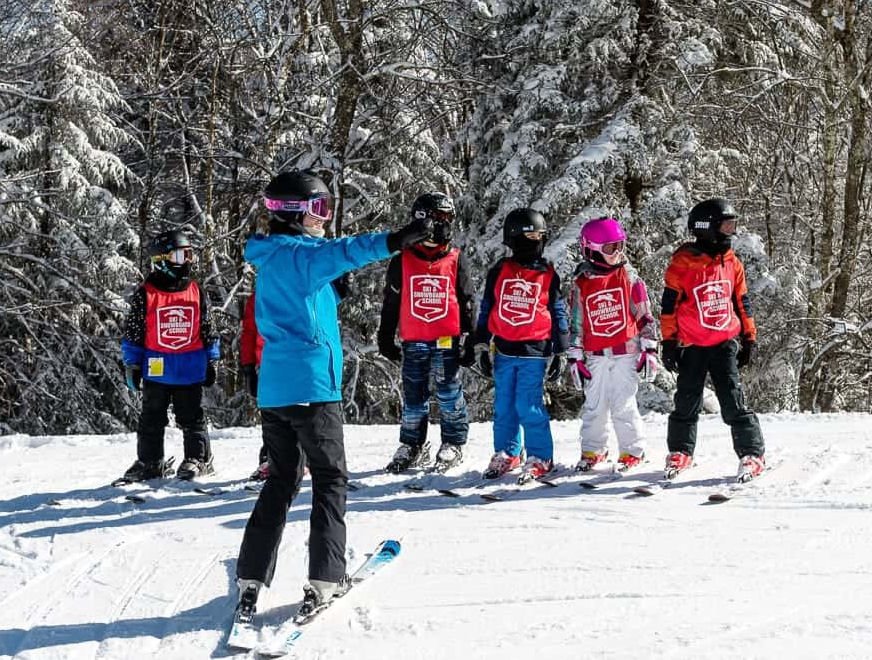 To encourage visitation to our ski areas and other destinations throughout the state, Wild, Wonderful West Virginia has released its new Winter Guide, a passport style pocket guide highlighting winter activities throughout the Mountain State. To order a winter guide, visit GoToWV.com/get-a-wv-winter-guide or call an Adventure Advisor at 800.225.5982.

Annually the association’s five alpine resorts, Canaan Valley and Timberline in Tucker County, Oglebay Resort in Ohio County, Snowshoe Mountain in Pocahontas County and Winterplace in Raleigh County, and the association’s two nordic areas, White Grass in Tucker County and Elk River in Pocahontas County, experience nearly a million skier visits.  The economic impact from the five-month-long industry is over $250 million, employing 5,000 on and off the resort properties.

The 2016-2017 season began on time this year during the Thanksgiving holiday, thanks to excellent snowmaking conditions in the higher elevations of the state’s mountains.  West Virginia Ski Resorts have invested millions of dollars in snowmaking equipment which assures skiers and snowboarders in the region reliable conditions through the end of March into early April.

To find out more about West Virginia winter sports programs go to www.goskiwv.com and click on a resort link.  For more winter inspiration, visit GoToWV.com/winter.

Previous Post
Cold and Snow Coming This Week! Plan Your Ski Getaway for This Weekend!
Next Post
One More Day of Rain & Dreariness Before We FINALLY See Some Sustained Cold