We’re Into November Now, It Won’t Be Long… 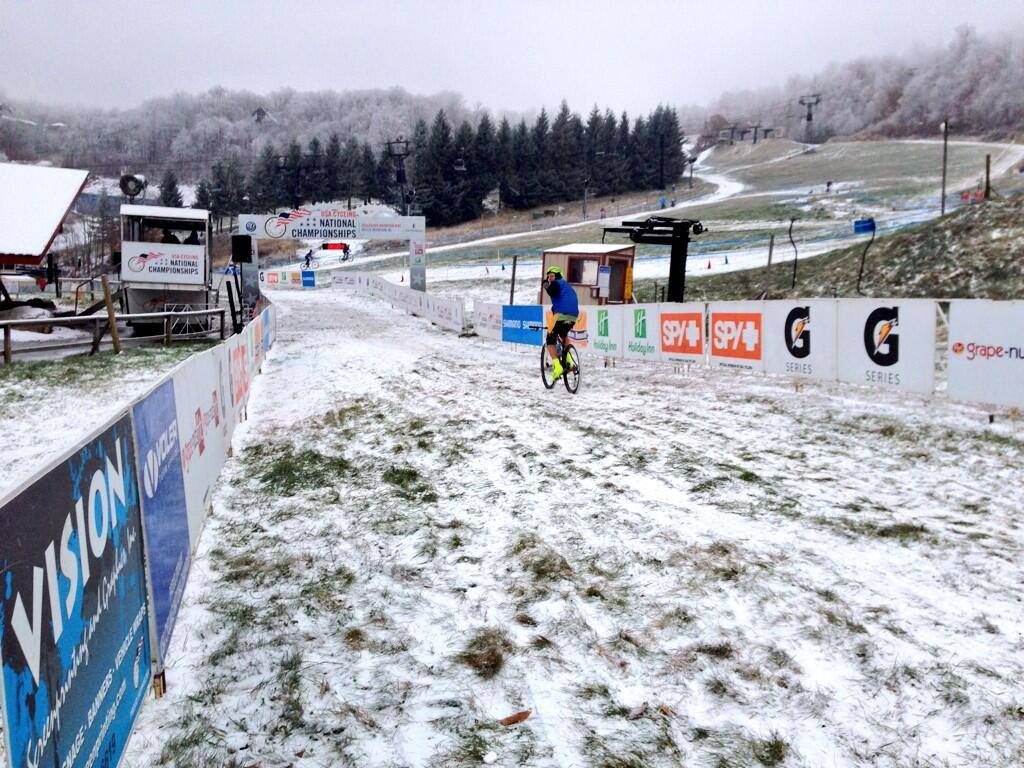 “Last year we had snow, today it's rain.” Those are the sentiments of 2slikstix over on the messageboard. It's interesting to think that a year ago at this time, I had a day of riding under my belt. It was only the second time that I have ever snowboarded on Halloween. It was awesome. This year, we haven't really even gotten close, at least here in NC anyways. Everyone was going crazy last week over what was happening up at Snowshoe. The number of Shaver's Centre webcam views exploded. I'm pretty sure some trails were rideable for a short span of time, granted you would have definitely wanted to take your rock skis. The Shoe ended up with 4.5” of snow and made some as well. Quite honestly, I was pretty shocked to see them turn the guns on knowing the weather pattern that lied ahead. It was still a fun 48-72 hours though, even if all of that snow is just about gone now.

For about 72 hours, the conditions at Snowshoe were winteresque.

From Snowshoe south, everyone else saw a nice dusting to an inch or so. It was just enough of a tease to get skiers and snowboarders, including myself, even more pumped up for winter. Excluding the northern WV areas, I think the highest *legit* snowfall total at the resorts I saw was an inch, so it wasn't a lot but there were plenty of beautiful images across the southern Appalachians. I think the coolest picture I saw was one from Beech on Friday morning where a dusting of snow covered the mountain bike trails. They were having a contest there so I'm sure that made for an interesting ride for all the mountain bikers.

Messageboard member Joshua8200 posted this timelapse video coming down from the top of Sugar. It's pretty cool.

Straight up, the pattern over the next couple of weeks doesn't look promising for any openings. It's not going to be hot, but it's not going to be cold enough to sustain snowmaking either. That is a bummer. That said, Thanksgiving is really the time when the ski areas hope to open and that's still almost 4 weeks off. Any days on snow before then are really just an added bonus.

Some rather big news came out of the Sugar Mountain camp this week. After this season, they will begin work on adding a new trail. From their press release:

“Sugar Mountain Resort's new ski slope drops off the dog leg of Northridge and Switchback. The blue square, intermediate level rated slope features a variety of changing terrain. Just off Switchback is a short steep section. It then gently transitions to a flat cruiser. From there the slope rolls to a challenging but pleasant steep pitch which eventually levels out to the left and finally merges with Easy Street. The new slope is expected to be 2,000 feet long, 150 feet wide and ready for skiing and riding at the start of the 2014-15 winter season. Snowmaking facilities as well as lights for night skiing and riding will be installed."

I won't lie, this is pretty exciting stuff. On busy days, Northridge and Switchback can get pretty sketchy, so this new trail should help divert traffic. Also, it's a new trail! New terrain is always fun to ride. Check out the image below for a reference on where I'm pretty sure the new trail is going to go. Now all we need is that high speed quad…. Anyways, that's it for now. Enjoy the weekend and think snow!