This Weekend’s Fall Leaf Gawkers Had A Lot to See, Including Snow! 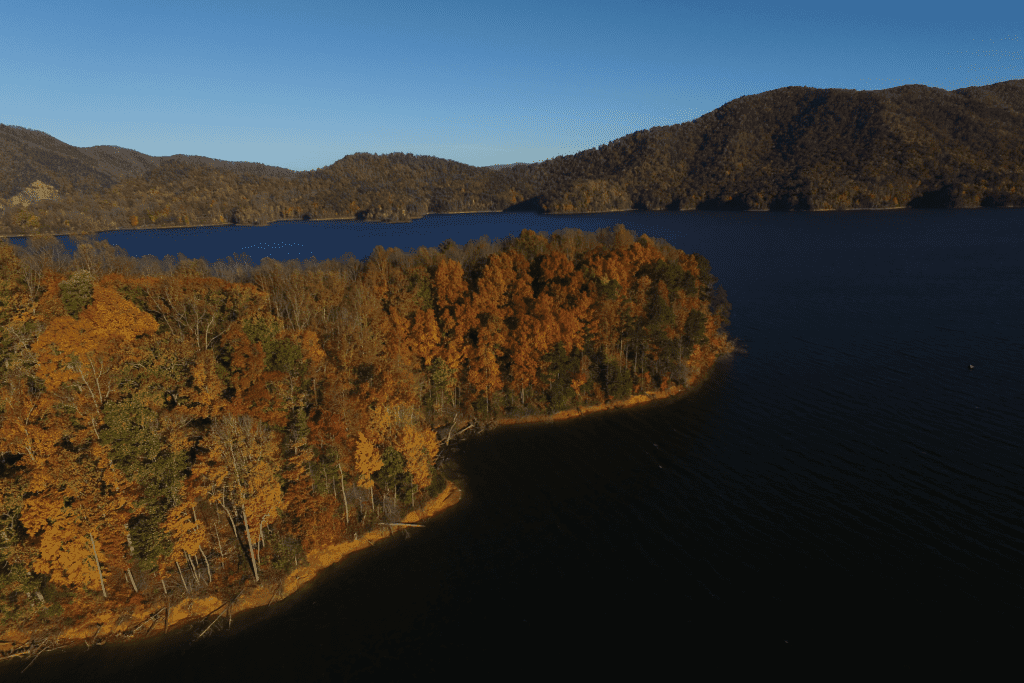 I’ll elaborate in a bit, but there was a LOT of color to see if you were driving around the area this weekend (November 1-4). I’ll share some images and video below.

Additionally, there was unusual color observed Saturday and Sunday morning here in the mountains for early November – SNOW!

One look at David Lesher’s Canaan Valley weather shows that just under one-inch of snow fall overnight Friday night and Saturday morning when .3″ of snow was recorded. Then another .4″ of snow fell Saturday night into early Sunday morning.

Snowshoe Mountain recorded one-inch officially per their NWS station atop Snowshoe’s 4848′ elevations Sunday morning, after a TRACE of snow Saturday morning. That puts them at 5″ since October 1st…

Beech and Sugar saw their first measurable snowfall this season – about 1″ of snow Saturday morning and there was snow seen on Appalachian Ski Mountain’s slopes Saturday AM as well.

THIS WEEKEND WAS GORGEOUS…

All the talk for most of October was how odd the weather was for the month. We had tropical storms, hurricanes (and the drenching rains from them as far inland as the mountains).

The month was warm. The North Carolina Climate Office just released data that provided a statewide average of 61.7° which was 2.3° above average. Every time I post something like this I get the obligatory emails from Global Warming peeps, so I’ll go ahead and share that the warmest year on record was WAYYYYY back in 1919 when the average temp for the state was 68.4°. October was the 26th warmest on record. (See below.)

Those wet rains and mild temperatures kept the peak, Autumn colors from kicking in like they normally do by October 7-15th or so. That led a lot of leaf experts to hint that this Fall Color season might not be as impressive. Oktoberfest at Sugar and the Woolly Worm Festival in Banner Elk hosted some muted colors.

We’ve been sharing Dr. Nuefeld’s (The Fall Color Guy) image shares and reports and he and Grandfather Mountain’s Skip Sickler had to stay close to the high elevations of Grandfather to show us the pretty views. Elsewhere, things have just been rusty, yellow – pretty, but not the usual, awe-inspiring color we are used to at all the high peaks of every mountain in the Southeast and mid-Atlantic.

We’ve been really busy over the last five days getting all of our sponsors in place, so to be honest I was kind of oblivious to the world outside my home and the office – until Thursday on the way home. On Thursday afternoon the sun was hitting the ridges on both sides of Hwy 105 and I could not believe how beautiful things have gotten in the previous days!

As I drove across and exited the Sleepy Hollow Covered Bridge Friday morning I was met with a patchwork of color that was as beautiful as any fall color season I can remember.

The same was true for my drive home Friday afternoon. We finally have some reds to burst through all the yellows, oranges and multiple shades in between…and in a word…it was beautiful.

For those of you who don’t follow this blog, I spend a ton of time each summer on Watauga Lake in east Tennessee. This is the time of year that we typically go close up the boats and get things winterized. We had already planned to head over to the lake this weekend, so my wife and I drove over on Friday afternoon and even through the misty, light rain – the colors were awesome. 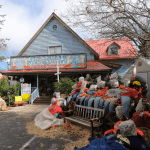 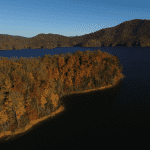 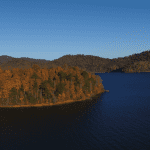 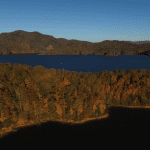 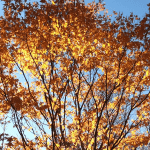 A short Video of Some of the Images Above

Always love some awesome fall color at the lake…and one of the most beautiful lakes on the planet.

This next video was done by a real pro… (not some novice like your’s truly)… as Jordan Nelson provided this awesome video of the Linville Gorge Wilderness. Check out a surprise at the end of the video.