A Weekend of Recovery, A Few Days of Mild Temps Ahead Before More Cold 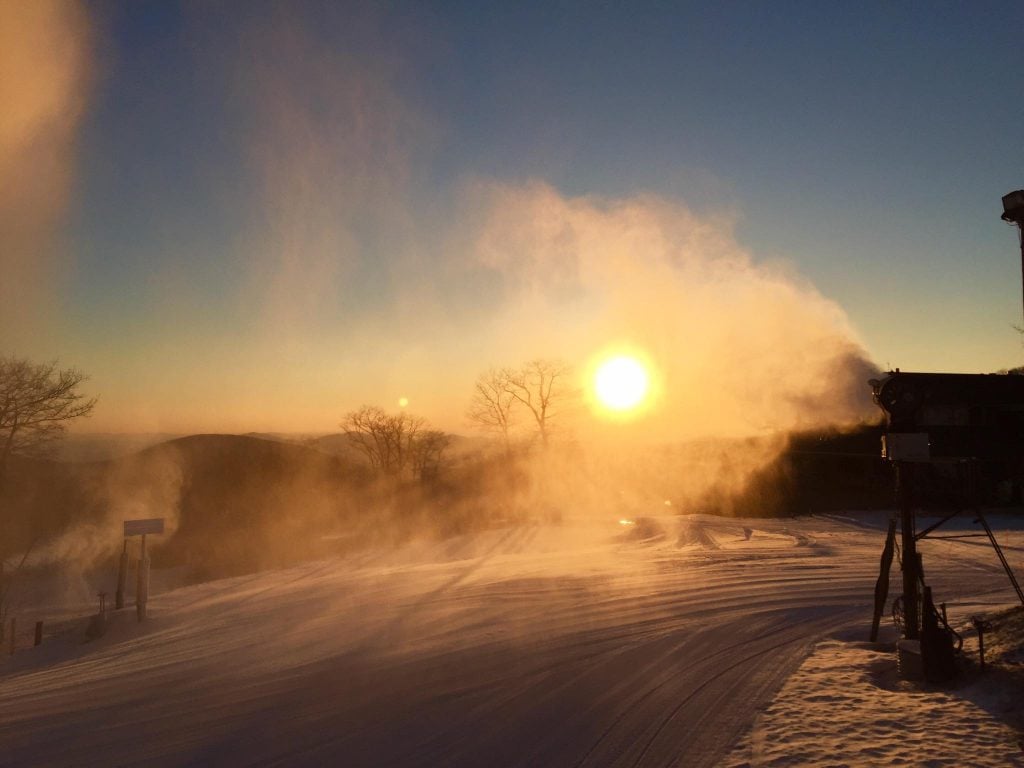 A successful weekend of snowmaking and recovery for the ski areas it was.  The return of colder temperatures allowed many resorts the opportunity to replenish the slopes with manmade snow, which was definitely needed.  However, not everyone took that opportunity and unfortunately, we have more closures to talk about today.

Let’s first start with temperatures and snowmaking this morning.  It’s not quite as cold as yesterday morning but it looks like a good number of the ski areas were once again able to make snow in the past 24 hours.  Here is the list of those who did.

Ok, in my head that list seemed like it was going to be longer.  I thought it was more than six but it is what it is.  Those six resorts were able to make snow two nights in a row and they undoubtedly will look much, much better than what they did on Friday when I did this report last.  I saw a picture from one resort on Saturday and things were looking ROUGH.  Those two nights of snowmaking were crucial and without it things would have been getting dire over the next few days for some.

Interesting weather note about Friday, the temperature difference in Canaan Valley between Friday afternoon and Sunday morning was more than 50 degrees.  Whoa!  I mentioned on Thursday how drastic it was going to be, but 50 degrees is nuts.

With the snowmaking temperatures, the ski areas were on social media posting some good pics and what not.  Here’s a few of those posts with some nice looking shots!

And here is a shot from our own messageboard member SpydeeTJB who was at Snowshoe all weekend. He says…”Early Sunday before rope drop.  Saturday was a mess, yet the Snowshoe crew worked their magic overnight to lay a beautiful carpet of fresh.” 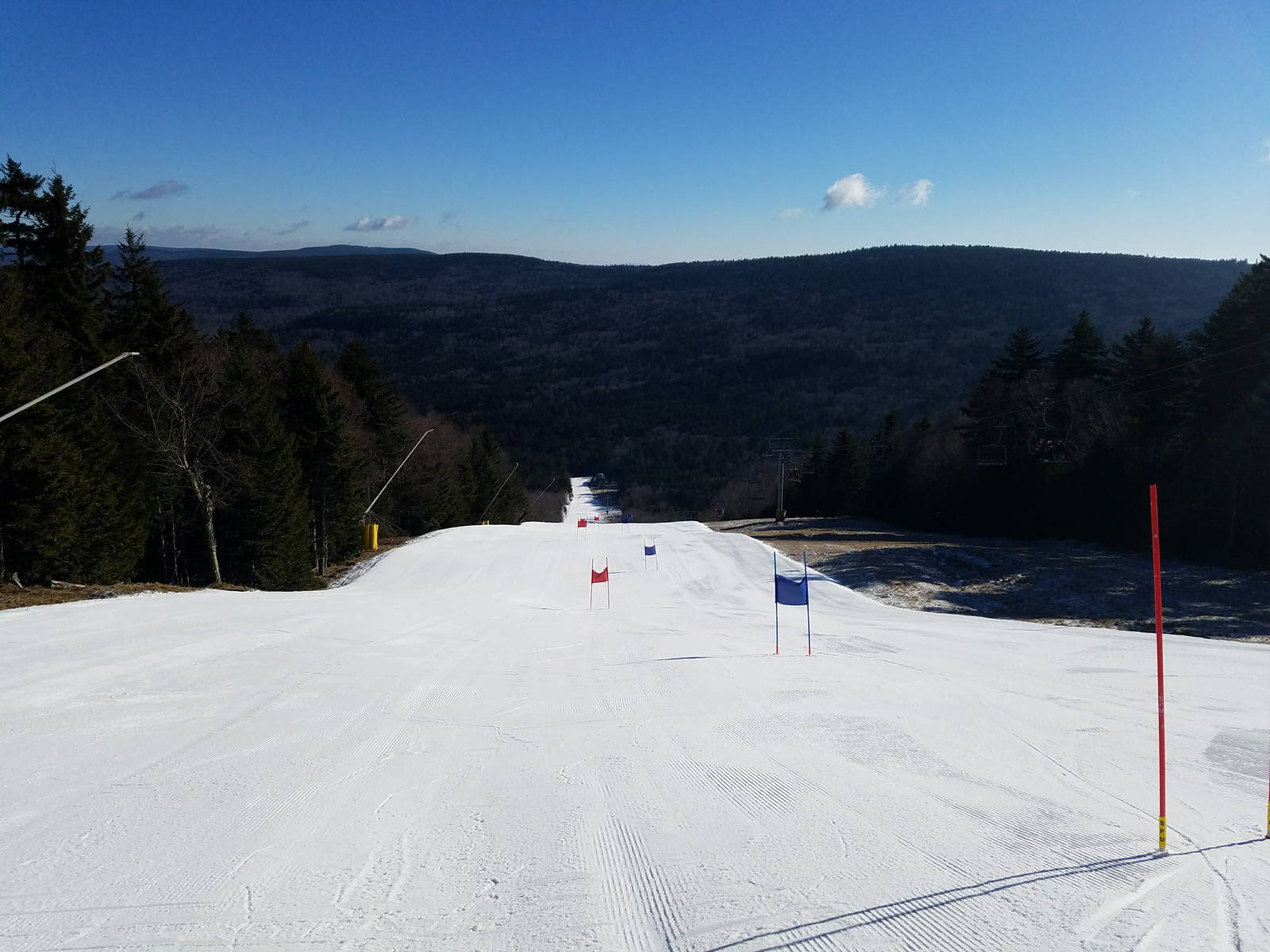 Another One Bites the Dust

As I already mentioned, this mini cold snap wasn’t enough to save some resorts.  The Omni Homestead ended their season yesterday, joining Ober Gatlinburg and Sapphire Valley in the February closings group.  Today, Wisp Resort also joins that list of resorts who have to close up super early in the season.

While I wasn’t shocked by Ober and Sapphire closing, I am pretty surprised by this one.  Wisp usually has no problem with keeping snow on the ground and generally always makes it to mid to late March, and sometimes into April.  With only 56″ of natural snow this year though and above average temps, it was a struggle and many times I would look at the webcam and see some less than stellar conditions out there.  In fact, their ski season only lasted 72 days this year, which is by far their shortest season in recent memory.

In addition to those four complete closures, Timberline Resort and Wolf Ridge have temporarily suspended operations until later this week.  They must be looking at upcoming weather forecast, more on that in a minute, and are going to wait on the cold to return for the latter half of the week.  Timberline plans to reopen Thursday and Wolf Ridge hopes to reopen Friday.  It would not surprise me if they both call it quits after this weekend.

So there you have it, late February and we currently have SIX ski areas not open for business today.  I’ve been here working for Ski Southeast for 7 seasons now and I know that’s a small sample size, but I don’t think we’ve ever had that many resorts closed in February.  Man, screw this season.

It’s back to reality today as another work week begins and milder, and wet, conditions begin to creep back in the weather forecast.  Now through Wednesday sees progressively milder temps and the resorts will see temps in the 50’s and 60’s, and maybe even 70’s, by Hump Day.  Wednesday looks particularly nasty with some thunderstorms in the forecast and I have a feeling we’re going to see some ski areas closed for the day.

The good news is that colder weather returns Wednesday night, and thus snowmaking will resume for many resorts.  I’m especially excited as the 2017 Ski Southeast Summit at Snowshoe Mountain begins Friday and it looks like the weather is going to be good!  I’m actually headed up on Wednesday night after work and will be getting some turns in Thursday and Friday.  I’m already dreaming of sitting in the Highland House hot tub after a day of riding and a delicious 32 ounce Crowler from the Old Spruce Draft House in my hand.  Wooo!

Some light snow combined with snowmaking will be a nice lead in to the weekend.  I’ve seen Snowshoe work their snowmaking magic in a single night, so I have no worries that conditions will be good this weekend.

So once again, it looks like the week ahead will feature mild, wet conditions followed by another mini cold snap.  That seems to be the theme of the last two months.  We can’t get consistent cold to stick around for more than 3-5 days.  Such is winter in the Southeast though.  It’s up and it’s down.  Just make to sure to advantage of the snow while you can!