What a Weekend! Plenty of Snow and Cold and Today Looks GREAT! 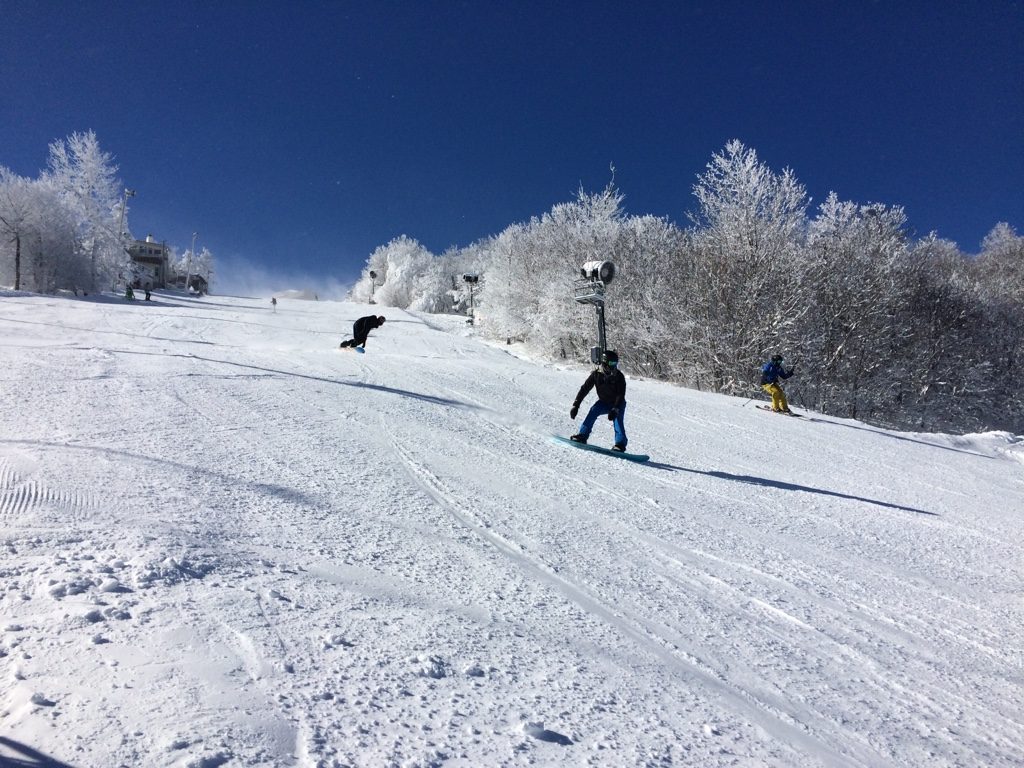 What an exciting weekend it was!  It was filled with cold and snow and easily produced the best weekend we’ve seen so far this season.  Literally every single ski area in the region saw at least a few inches of snow.  Combined with the 100+ straight hours of snowmaking that we’re still in the midst of and we have some fantastic looking conditions right now!

I won’t recap the weekend too much as Mike did a good job of doing that Saturday and Sunday, but I figured I’d highlight some social media posts from the past several days from the ski areas.  They give you a good idea of just how good it was.

It's a Bluebird Day! At these temps, fresh powder will last all day!

This image was submitted by Frances Miller (skipink!) and was snapped at Beech Mountain yesterday.  Bluebird! 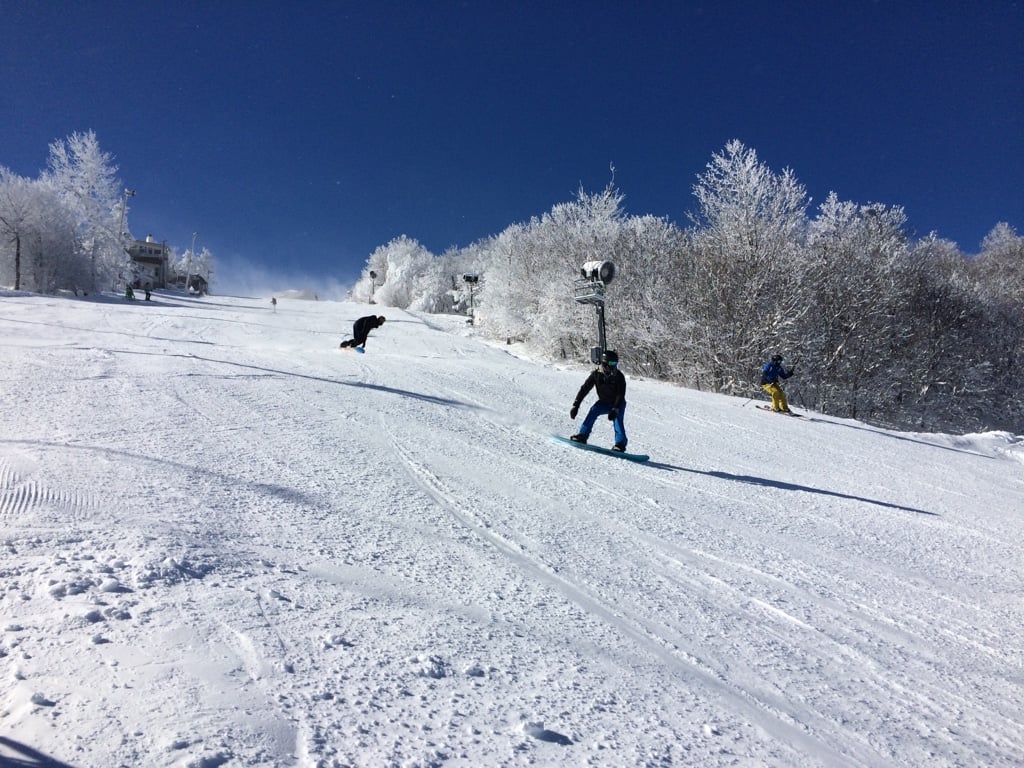 It truly was a great weekend and a perfect way to cap off the week.  I think the only complaint from people was just how cold it was.  It was brisk to say the least with lots of single digit readings and negative wind chills.  While it isn’t nearly as chilly this morning as yesterday, it’s still pretty dang cold outside.  Temperatures remain in the single digits and teens this morning and should warm up a bit today.  I say warm up but in reality the high temperatures at all of the ski areas will remain below freezing today.  This means snow quality should remain superb AKA chalky and squeaky/crunchy.

As I mentioned, we’re going on 100+ hours of snowmaking now at many of the resorts.  I’m looking at some of the weather stations and the stats from them support that statement.  For instance, the Snowshoe and Beech Mountain stations show that temperatures have been below freezing since Wednesday morning.   The highest high temperature at Snowshoe was only 20 degrees and that was way back on Thursday.  I need to double check this, but it says the high temperature yesterday was NEGATIVE 1 degree.  Whoa!

With the continued cold but somewhat milder temperatures, I’m going to go ahead and say that today will probably end up being the best day of the season so far.  More comfortable temps with some possible sunshine mixed in, continued great snow conditions, and fewer crowds since it’s a weekday will all combine to make for some fantastic skiing and snowboarding.  Play hooky if you can!  I’m jealous of anyone out on the slopes today.

It’s only Monday but I’m sure many of you are already looking ahead to the weekend as MLK weekend is almost upon us.  It’s always a very busy weekend and hugely important for the ski areas in terms of finances.  Some of you may be looking at the upcoming weather forecast and are a little worried about how conditions will be.  I’m not going to dive into the weather forecast today as I have all week to talk about that and let’s just enjoy another day of cold.  I’ll say that snow conditions should be fine for the weekend thanks to this recent cold snap and snowy weather.  The resorts have been making snow like crazy and have plenty of it stockpiled and ready to move around where necessary.  Check out this photo from Wisp Resort.  Click it to enlarge. 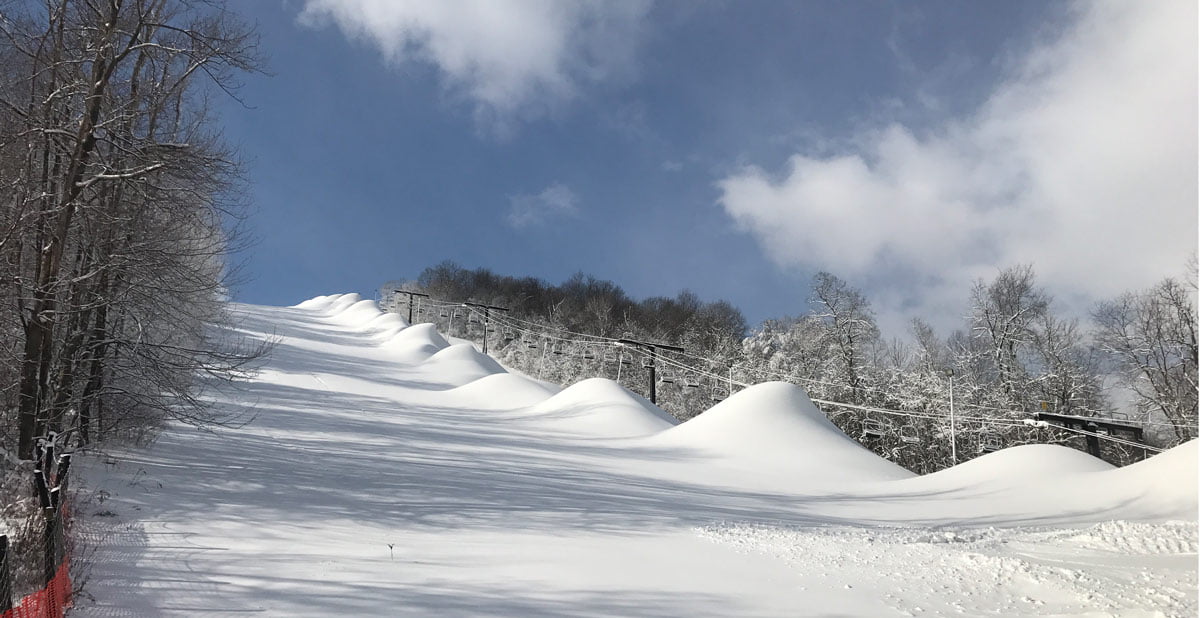 Look at those whales at Wisp right now!

And check out this shot from the base cam at Canaan Valley Resort.  I’ve actually been watching this whale grow since Friday. 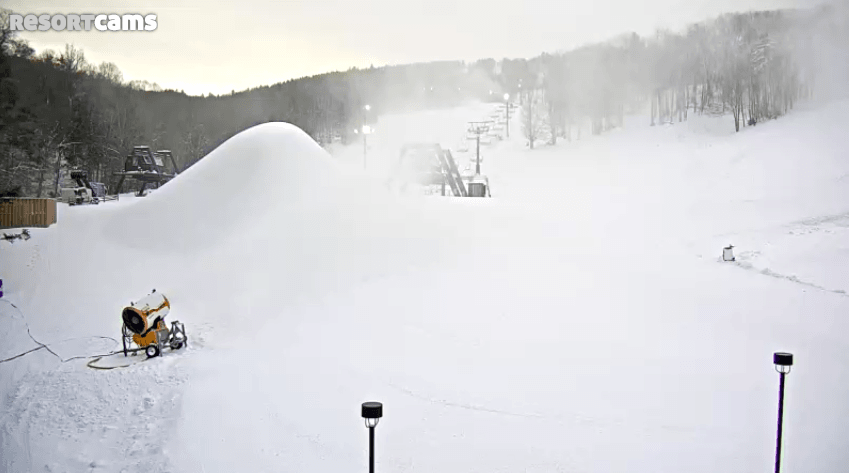 Similar scenes can be found at all of the resorts.  These stock piles will be spread out throughout the week and will even help to open some new terrain.  A couple of resorts have noted more trails opening this week which will help spread out the crowds this weekend.  All in all, snow conditions should be fine this weekend.  More than fine actually.  So no worries! 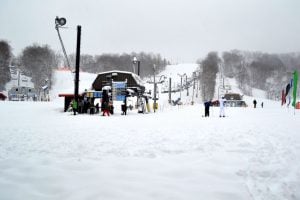 A few little quick tidbits…as of today, Appalachian Ski Mountain is now open with 100% of their slopes.  They were able to open up Hardcore and Thin Slice today after a weekend of snowmaking (and 6″ of snow Friday night).  As they say on their snow report, they are at peak season conditions now.  This is thanks to a snowmaking system that is the best in the region in terms of density.  The amount of snow guns out there for it’s size is always astounding!

It’s not a ton, but Canaan and Timberline are reporting a half inch of new snow this morning.  They’ve seen over a foot of natural snow now since Friday.  The webcams look so good up there right now.

Snowshoe Mountain continues to impress as they are at 52 open trails on 200+ acres now!  They’re only 5 short of being 100% open.  Very impressive as they were able to open up a bunch of new trails this weekend including Widow Maker, Upper Shay’s, J-Hook, and many more.  They have also seen an inch of new snow in the past 24 hours so all of those open trails should have excellent snow conditions this morning.

That’s all for today.  Keep checking back all week as we’ll keep you updated for the holiday weekend!