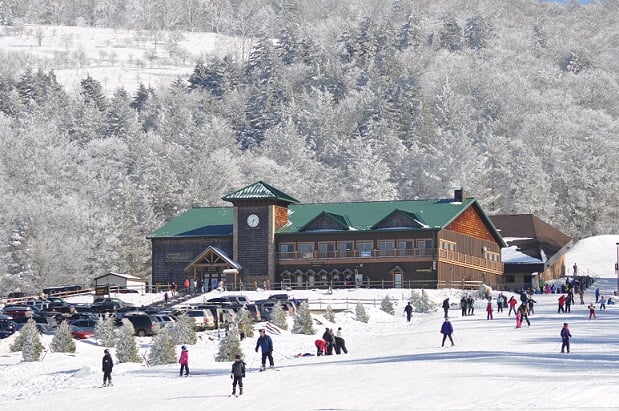 DAVIS, W.Va., December 20, 2017– After a two-day warm up later this week, Canaan Valley Resort Ski Area in West Virginia is looking at an end-of the-year stretch of cold air that will result in nightly snowmaking and an increasing number of trails opening.

“We were fortunate to start the season this past weekend with 17 runs open by Sunday and terrific early conditions,” said Canaan Valley Resort general manager Steve Drumheller. “With the current forecast we are excited about this holiday season and beyond.” 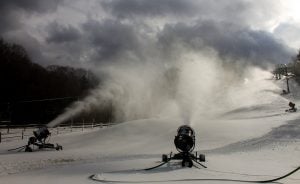 Mild air will push its way into the valley with highs in the upper 40s on Friday and Saturday of Christmas weekend. Then a cold front will bring highs mostly below freezing with lows at night consistently in the teens and even in single digits.

After doubling its snowmaking capacity last year and increasing it another 20 percent this year with the additions of snow guns and an improved water supply, crews are prepared for “all-nighters” and continual opening of trails and runs.

Situated in north central West Virginia’s Allegheny Mountains in the highest mountain valley east of the Rockies, Canaan Valley Resort is especially beloved by skiers in the Mid-Atlantic, in part because it is just a 2½-hour drive from Washington, D.C. The resort also welcomes many skiers from the Southeast and Midwest. 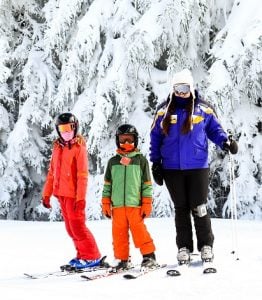 The ski area was recently recognized by Liftopia with several “Best in Snow” awards, including the Family Friendly category.
Photo by Justin Harris.

The resort also swept Liftopia’s “Best in Snow” awards in the Southeast region of the U.S. for the second consecutive year and was named No. 1 in the Beginner Friendly, Most Challenging, Family Friendly, Snow Consistency and Quality, Least Crowded and Best Value categories.

Canaan Valley Resort offers 47 slopes and trails, and a customer-pleasing mix of beginner, intermediate and advanced terrain. lifts – one quad, two triples and a magic carpet – a terrain park and ski school. The ski area 47 trails and slopes, the Critters Crawl beginner area – a dedicated beginner instruction trail serviced by its own magic carpet – and ski school for private and group lessons. A webcam shows latest ski area conditions.

In addition to downhill skiing, there are plenty of options for cross country skiing and snowshoeing. The resort is also home to the longest Tube Park in the Mid-Atlantic region, with multiple lanes running 1,200 feet in length. The covered outdoor ice skating rink offers sweeping views of the valley and mountain range. There are also 30 kilometers of cross country skiing and snowshoeing trails.

Indoor activities at Canaan Valley Resort include indoor swimming pool, multiple game rooms, whirlpool, sauna and crafts. The resort also offers an array of special events throughout the winter along with a variety of packages and deals on lodge rooms.