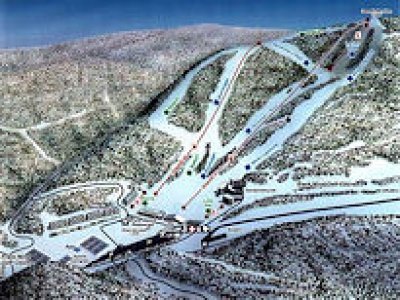 We’ve long been promoting Bryce Resort in Virginia and we have previously noted that they were voted "The Most Family Friendly Resort" in the Mid Atlantic and Southeast region as reported by ONTHESNOW.com.

We want to welcome Bryce Resort aboard as a full partner in our ski campaign and promotions for the 2011-2012 ski and snowboarding season! Not only will we be giving away some FREE LIFT PASSES to Bryce Resort this season to some lucky winners – Bryce will be providing regular updates via SkiSoutheast.com through our dedicated content management system. Look for great news and announcements for all things BRYCE as we grow that relationship to new heights this season.

HighCountryWebCams.com, SkiSoutheast.com and our weather network are teaming up to install a brand new, LIVE STREAMING, HD camera at Bryce Resort within the next week or so. This new camera will be configured to show several views around the resort and patrol between camera angles, etc to show LIVE ACTION on the slopes.

General Manager, Rob Swartz stated, "We were already looking to do some new cameras here at Bryce and this should be great to not only show LIVE ACTION during the coming ski and snowboarding season, but also to show off our zipline and other Spring and Summer activities here on the mountain." 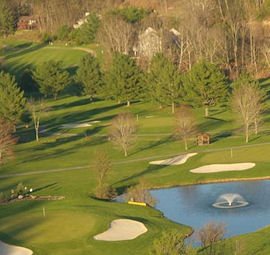 In addition to being a family-friendly ski area, Bryce Resort offers their 18 hole championship course that is one of the Shenandoah Valley’s premier destinations for golf.

As if that isn’t enough, they offer GRASS SKIING, Bungee, climbing wall, mountain biking and fishing (on their beautiful Lake Laura) as well as hiking and so much more. 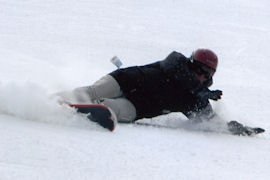 If we didn’t know better, we’d bet this photo was of Jasen Vioral (Mellow Yellow) as he’s the only person we’ve seen gettin that low on a monoboard!>>>

Of course we’re all about skiing and snowboarding (and FAMILIES) here at SkiSoutheast.com and as mentioned – once again, Bryce Resort received ONTHESNOW.COM’s Visitor’s Choice Award as the most family friendly ski resort in the mid-Atlantic/Southeast region in 2010!

With the only true beginner terrain in Virginia, it’s the perfect place for kids and adults to learn how to ski or snowboard. For those parents and grandparents who prefer the role of spectator, Bryce has the perfect mountain layout. All slopes funnel down to one central area so you can keep an eye on your children while sipping hot cocoa on the back deck.

While their lower slopes are very accommodating for beginners, their upper slopes will challenge seasoned intermediate and advanced skiers/riders as well. Bryce offers fun for everyone in the family! 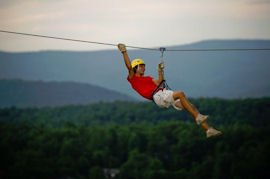 Located at 1982 Fairway Drive, in Basye, Virginia, only 11 miles west of I-81 in Shenandoah County. Take exit 273 (Mt. Jackson) and within minutes you will breathe a little deeper, feel the tension drain away, and remember that life is meant to be enjoyed.

Be sure to watch for the new LIVE STREAMING CAM and new promotions that we are doing with Bryce Resort and pay them a visit this season. For NOW, check out www.BryceResort.com and make your plans accordingly!

Feel free to email us your experiences at Bryce to: [email protected]