A Little Warmup Today Before Another Mini Snow Event Tomorrow 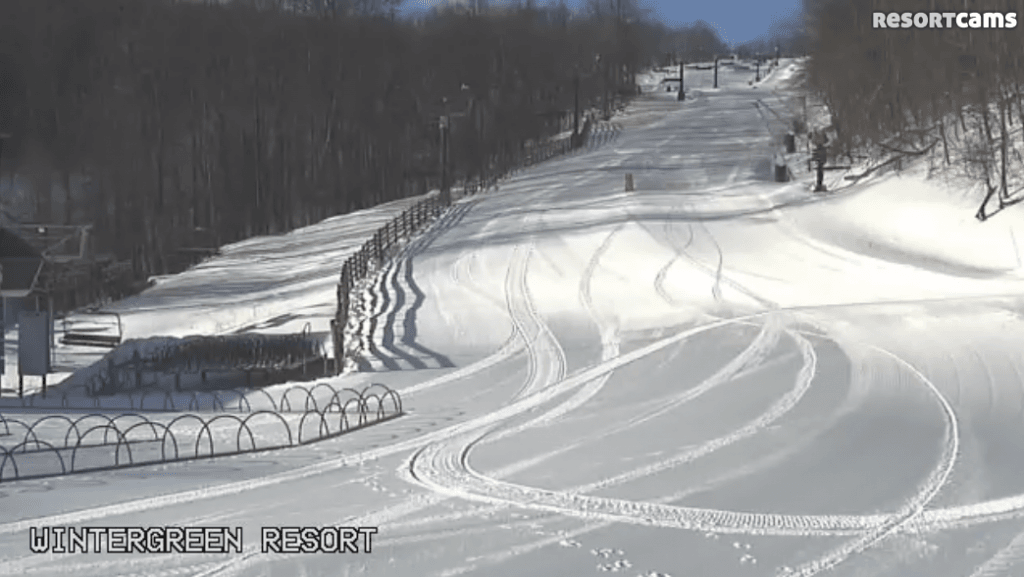 We’re almost halfway through another week now and the midpoint of this one is shaping up to be AWESOME.  After a bunch of colder temps in recent days, today will be a little bit milder and will be accompanied by continued bluebird skies.  The NWS forecast for some of the resorts shows temps getting up to near 50 degrees.  HOODY DAY.

Thankfully, things cool back down tomorrow before warming up again this weekend.  Saturday is looking like a choice day to get some skiing and riding in.  It’ll be even warmer than today.  In between now and then though, another quick moving system will drop a little bit of snow across the region tonight and tomorrow.  As has been the case lately, little is the key word.  Check the snow forecast for the next 36 hours below.  Click it to enlarge. 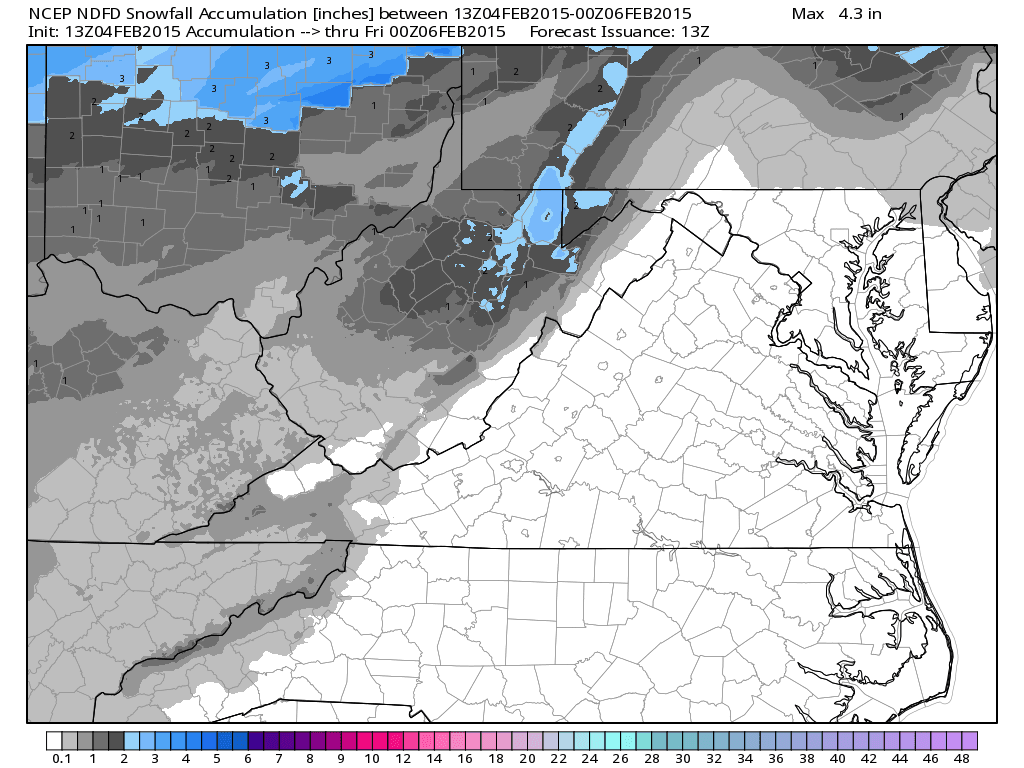 It’s not a ton, but we’ll take it. The last few weeks have seen these little snow events pile up.  Combine them with snowmaking, and conditions really are fantastic for the most part right now.  That said, I’m really starting to get bummed out right now that I haven’t had a pow day this year…yet.  It’s starting to really annoy me.  If I don’t get one this year I might just cry.  Here’s to a Fab February.

Speaking of (a little bit of) pow, check out this video that Snowshoe posted on their Facebook page.  Looks like conditions were pretty sweet up there yesterday.

Only 23 more days to go until the Ski Southeast Summit up there!

– The Grizzly trail is now open at Ober Gatlinburg.  The 3800 foot advanced slope actually opened yesterday but I must have missed it.  Ober is now at 90% open.  Based on some of their social media stuff I’ve seen I bet they’ll be at 100% by the weekend.

– The Quad is back open at Beech.  After a couple of days of being down, it opened back up yesterday afternoon.

– Some base depth reports are getting a little out of hand now.  It’s been getting that way for a couple of weeks now and I’m guessing it has something to do with it being in between MLK and President’s Day weekends, AKA the busiest time of the year.  I haven’t mentioned anything until now but today we have our first resort of the season who has a triple digit number in their report and I feel like ranting.  While snowmaking technology is superb nowadays, natural snow has been in short supply this season and there is NO WAY that any ski area in the region has an AVERAGE of 100 inches of snow on the slopes.  There might be 100 inches somewhere on the mountain, like right under a snow gun, but that’s an outlier, not the average.

Ranting aside, conditions are great right now at every resort.  Get out and ride while you can!  Enjoy your Hump Day.