Some Warmth to End the Week, Snowmaking This Weekend! 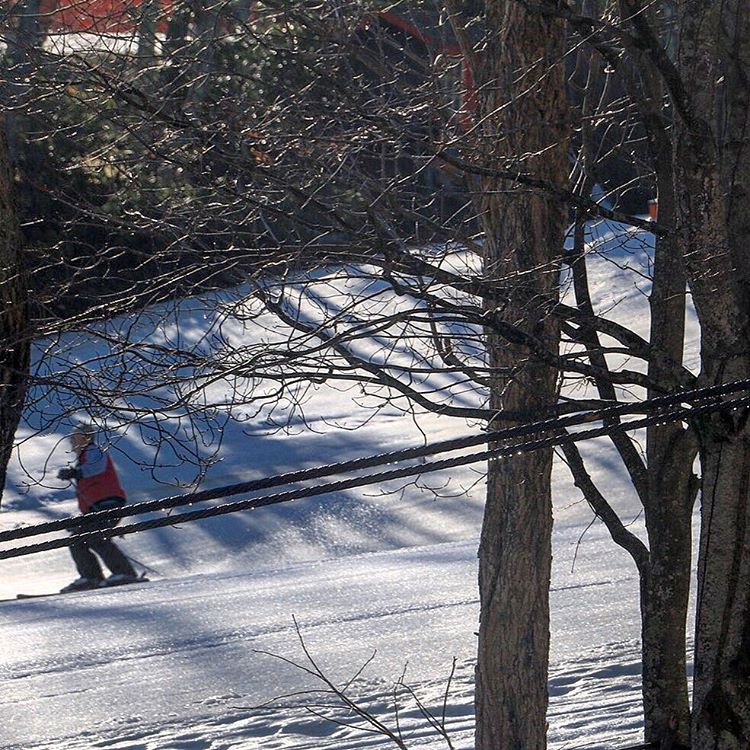 The end of the week features more mild temperatures as many ski areas will see temps in the 50’s and 60’s once again today with lots of sunshine.  There is some hope though as Saturday and Sunday nights should see snowmaking temperatures return once again.  Who will fire up the guns?  That is the question!

If yesterday was March, then today is April.  It’s gonna be another warm one out there.  I’m looking at the NWS forecast for Massanutten right now and the high temperature today is forecasted to hit 76 degrees!  Yikes.  Even Canaan and Timberline way up in northern West Virginia are forecasted to hit 71 degrees.  All of the other ski areas are looking at upper 50’s and 60’s, so they’re not far behind.  And today will feature a lot more in the way of sunshine than yesterday.  I glanced at the cams a few times yesterday and it was cloudy on most of them.  Not so much today. 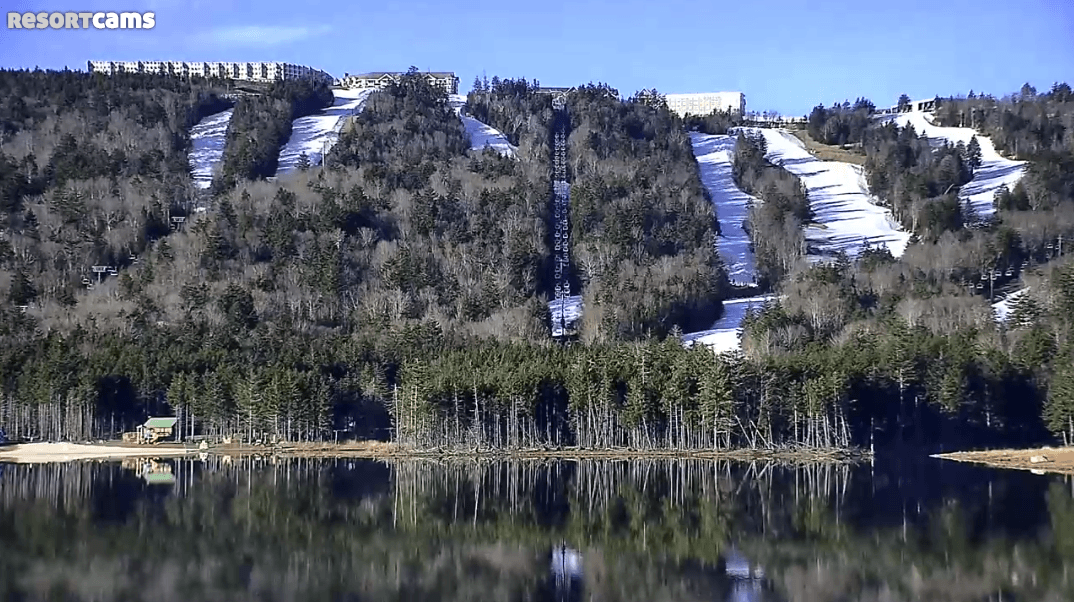 Looks like an absolutely beautiful morning at Snowshoe…if you are ready for spring that is.

Temperatures this morning are already pretty warm with upper 40’s and 50’s everywhere.  One thing I’m already noticing on the cams is that the snow already looks pretty soft and slushy.  Many resorts are reporting “granular”, “spring”, or “variable” conditions on their snow report and that is certainly the case based on what I’m seeing.  If you’ve never skiied or snowboarded in 60 and 70 degree weather, it’s different to say the least.  Imagine skiing or riding on a snowcone.

With the warmer weather we have once again seen base depths drop some and more trails have been lost.  One week ago I mentioned how we had 258 trails open going into President’s Day.  This weekend, we are down to 213.  So we’ve lost 45 trails in the past week and we’ll probably lose some more by tomorrow morning if we’re being honest.

There is some colder weather in store for the latter portion of the weekend though.  Saturday night looks to see the return of sub-freezing temperatures, AKA snowmaking temps.  We have some rain to deal with in between now and then (on Saturday), but isn’t that always the case here in the Southeast?  Most of the time there’s always rain before cold.  Here is Brad Panovich’s latest video forecast.  And no, you’re not crazy.  There is no sound as it looks like he had mic issues, but you can still watch his graphics.

To sum up what he said, a mega blast of cold air is about to hit the region and it’s going to snow like 3 feet at all of the ski areas.  Ha.  Just kidding.  Basically, he reiterates what I mentioned above in that it’s going to be cold enough for snowmaking at many resorts on Saturday and Sunday nights.  Parts of West Virginia could see a dusting to an inch of snow as well.  Others, it’s going to be too borderline to make snow.  The Virginia resorts specifically are looking at low temperatures that are right around the freezing mark.  Hopefully the mercury drops enough to fire up the guns.  If we’re being honest here, if a ski area isn’t able to make snow this weekend it’s going to be a struggle into next week as colder air doesn’t look to return until Wednesday and Thursday night.  COME ON MOTHER NATURE.

I’m also interested to see if all resorts make snow if it does indeed get below freezing.  We are into the latter portion of the season now and it costs a lot of money to make snow… 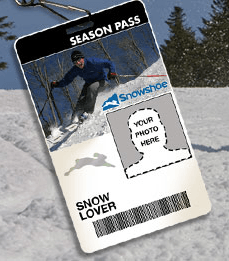 I already mentioned colder air returning next week.  It’s still a ways out but it does look like next weekend will be cooler.  I’m pretty stoked to see that as we are now only a week away from the Snowshoe Summit!  The NWS forecast discussion mentions the possibility of snowfall Wednesday night and then near to even slightly below normal temps for the weekend.  That would be awesome to have a little bit of light snow combined with snowmaking at night.  I’d take it in a heartbeat.

Also in regards to the Summit, we have picked the two winners of the Snowshoe Season Passes.  We’ll announce the winners and present them with their season passes on Saturday morning (next Saturday) while doing a live broadcast at 8:30am in the Village.  The winner HAS TO BE PRESENT in order to accept the pass, confirming that the reservations were kept.  If the winner doesn’t show up, we’ll give it to somebody else who is there.  Basically, if you signed up and are attending, make sure you are in the Village at 8:30am!  We’ll be sending out emails in the next week to remind you all who have signed up and are attending. 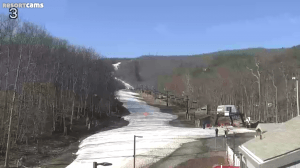 Things are looking a little narrow at Massanutten.

As the weather has taken a toll on the snow and we’re later into the season now, several ski areas in Virginia have both announced some late season operating hours info.  I mentioned yesterday how Massanutten was ending night skiing this weekend.  Well, this morning they are calling it an “abbreviated schedule” beginning Sunday.  Operation is weather dependent and “could vary day to day”.  That means that they could pull the plug at any minute.  As I mentioned, snowmaking temperatures are borderline out there this weekend and things are starting to look a little narrow out there.  So, either check here or give them a call before you head out there next week.

As for Wintergreen, they are ending night skiing on Sunday and will be open daily from 9am-5pm for the rest of the season after that.  The Plunge Tubing will likely end for the season after today as well.  They are having a cool event tomorrow.  It’s “Ski With a Patroller Day”. 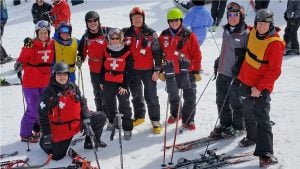 Wintergreen’s award-winning Ski Patrol is responsible for first aid and assistance to visitors and employees of Wintergreen Resort. This Saturday, February 25, is Ski with a Patroller Day – if you have ever thought of becoming a ski patroller, this is your chance to see what it’s like!

Becoming a Ski Patroller includes great perks like first tracks and beautiful sunrises, but the best reason to do it is to help keep skiers and riders safe. This includes being fully trained for emergencies, but also being proactive to avoid accidents. It’s a wonderful service that we are all tremendously grateful for!

If free skiing and first tracks interest you, maybe check it out.

Rounding up the depressing announcements, it looks like the final day of the season for The Omni Homestead is going to be Tuesday.  They just sent in their snow report and announced that.  That would make three ski areas in the region that have closed for the season in February.  Just terrible.

That does it for me this week.  Hopefully next week is a better one.  Of course it will be, it’s Snowshoe Summit week!  Enjoy the weekend people.