Very Warm Temperatures Persist Today, Snow in the Forecast Though 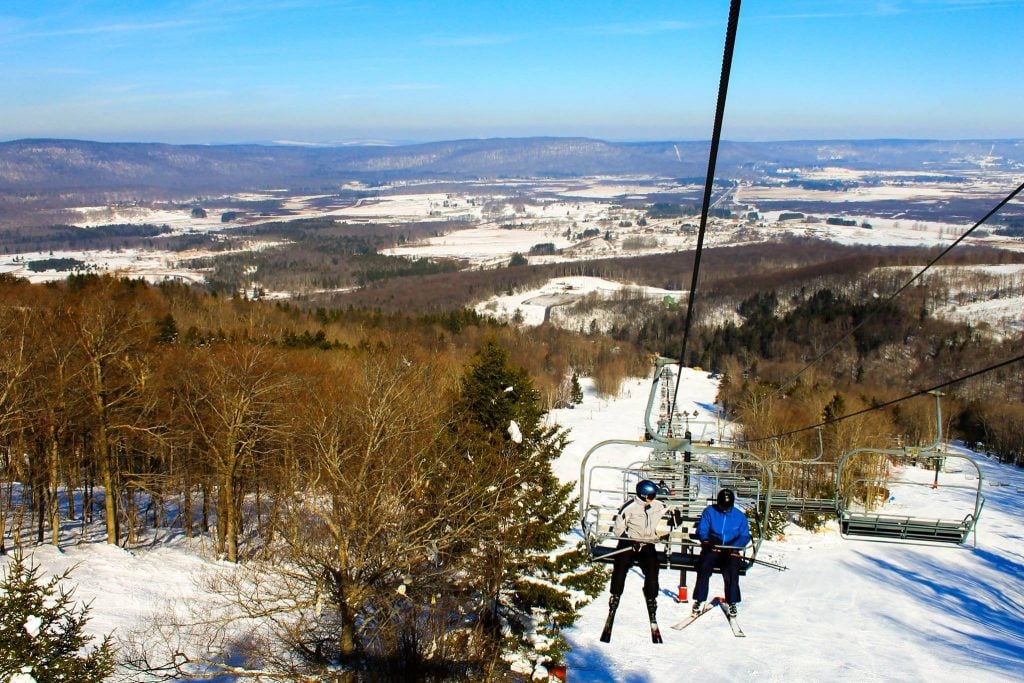 You’d be hard pressed to believe that it is early February if you walked outside yesterday and again today.  It is extremely mild for this time of year.  It appears as if the bad January joojoo has carried over into this month as well. The high temperatures at the ski areas yesterday were rather impressive.  Lots of 50’s and even some 60’s.  Below is a graph with a few selected locations.

So yeah, it was toasty out there but if you love some spring skiing then yesterday would have been amazing.  Both Timberline and Canaan looked awesome.  The featured image above is from Canaan during the afternoon hours yesterday.  They have been killing it with good photos lately!  And Timberline also looks like much of the same, blue skies and good snow! 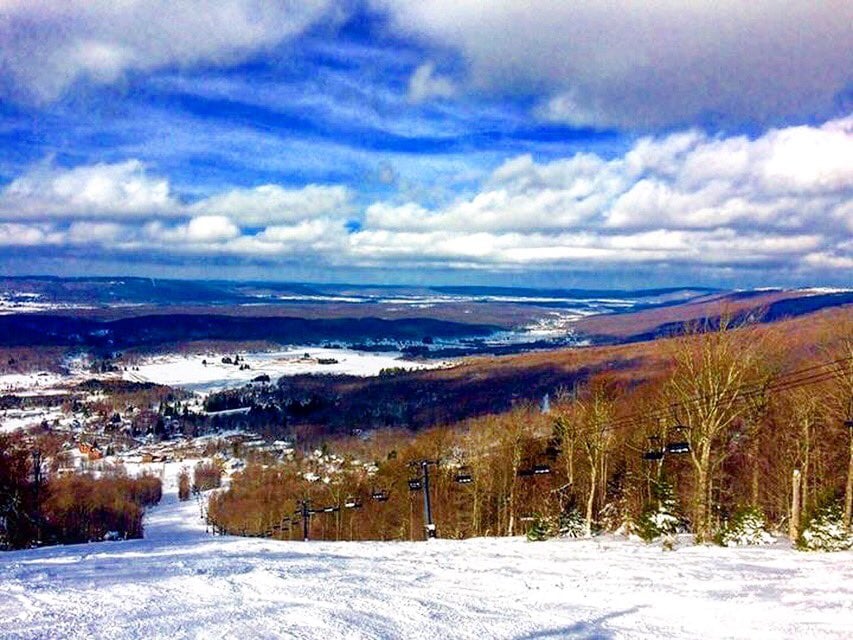 Who says you can't have the Cupp Run Challenge and beautiful weather on the same day? #snowshoemtn #cupprun

Unfortunately, the weather is going to be much of the same today with extremely unseasonable temps.  The high temperature down here in Charlotte is supposed to be in the 70’s!  Hopefully not too many people get the spring itch and forget that there is still plenty of snow in the mountains, especially with President’s Day Weekend coming up soon.  Hard to believe that the final holiday weekend of the winter is only a week and a half away.

In general, the ski areas are looking at another day with temps in the 50’s and 60’s.  If you look at the SNOW REPORT this morning you’ll see that it’s already warm out there.  A few resorts are already in the 50’s before 9am.  Woof.  We also have a few “granular” and “variable” comments popping up in the surface conditions.  Base depths dropped a little here and there too but nothing too drastic.  You should expect some spring corn if you are out getting turns in today.

We do have more mild temperatures tomorrow mixed in with some rain as well, but the good news is that colder air returns tomorrow night.  There is also a little bit of snow in the forecast for tomorrow night into Thursday.  It’s not a lot by any means, but I’ve never been one to complain about snow, so we’ll take it.  The below image depicts the current NWS forecast for snowfall between now and Thursday evening.  As you can see, a light snow (dusting to an inch max) for parts of the NC and Virginia mountains.  It looks like the West Virginia resorts could get a couple of inches. 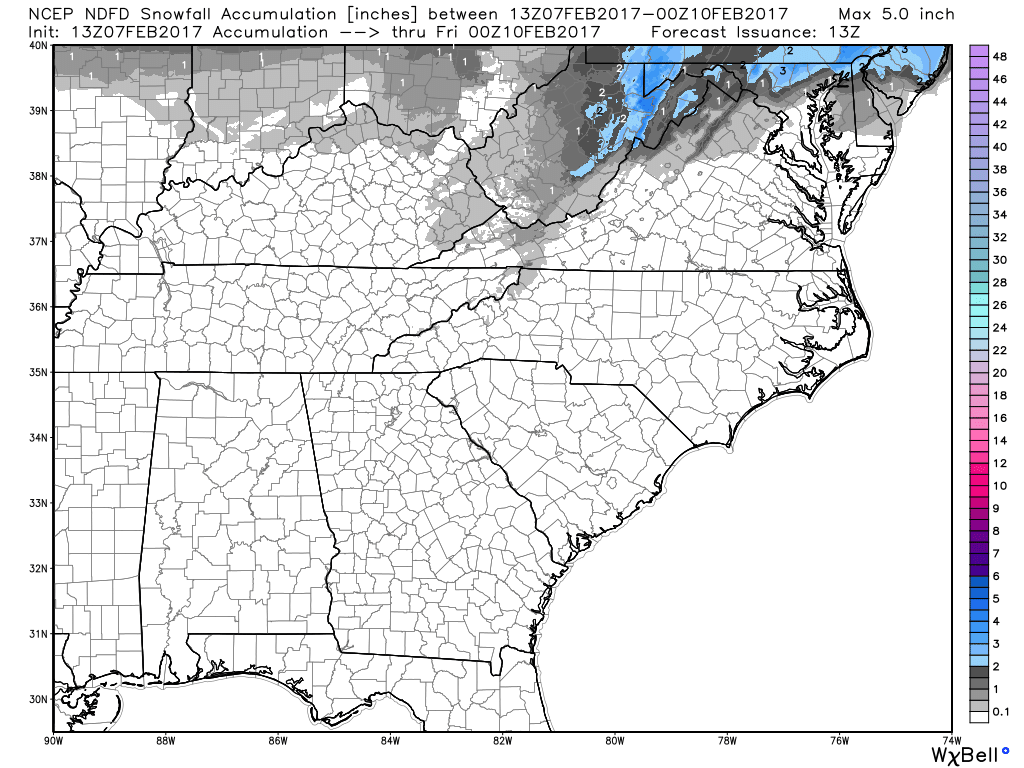 The cold and little bit of snow will be a nice lead into the weekend.  It is going to warm up again for Saturday and Sunday, but a couple days of snowmaking weather beforehand will freshen things up nicely for the weekend visitors.  I’m already pondering my weekend excursion and am thinking of going somewhere I don’t normally go.  Wolf Ridge?  Wintergreen?  Cat?  We shall see.

You know, I always like to post interesting little tidbits on here whether it be events or just random news.  I came across this one today on the Wintergreen blog and it is definitely a unique event to say the least so I had to share it.

This Valentine’s Day, discover The Powder of Love on top of the mountain at Wintergreen Resort.

On February 14, The Blue Ridge Express becomes The Lift to Love from 1-4 pm. We’ll have a separate line for speed dating, we’ll pair you up and send you off with a card full of conversation starters to make talking easy. Remember, you both already have snowsports in common, and have fun!

If you don’t discover The Powder of Love with your match, simply part ways after unloading the lift and try again after your next run. If you find a chairlift love connection, continue skiing together or meet up later. Who knows, dinner may be on someone else!

Whether you find your Snow Match or not, this will be a low-pressure, fun event with Hershey kisses for all daters and a special visit from Cupid!

This event is free with a valid lift ticket.

So, if you’re single and ready to mingle on the slopes, make some plans to head to Wintergreen a week from today for Valentine’s Day.  There’s nothing cooler than being able to share your passion for snow with your significant other/spouse/girlfriend.

That’s it for now.  Think cold and think snow people!

Previous Post
What a Weekend It Was!
Next Post
Well Timed Snow and Cold Air for the Weekend