A WAITING GAME FOR SOME, BUT NOT FOR ALL 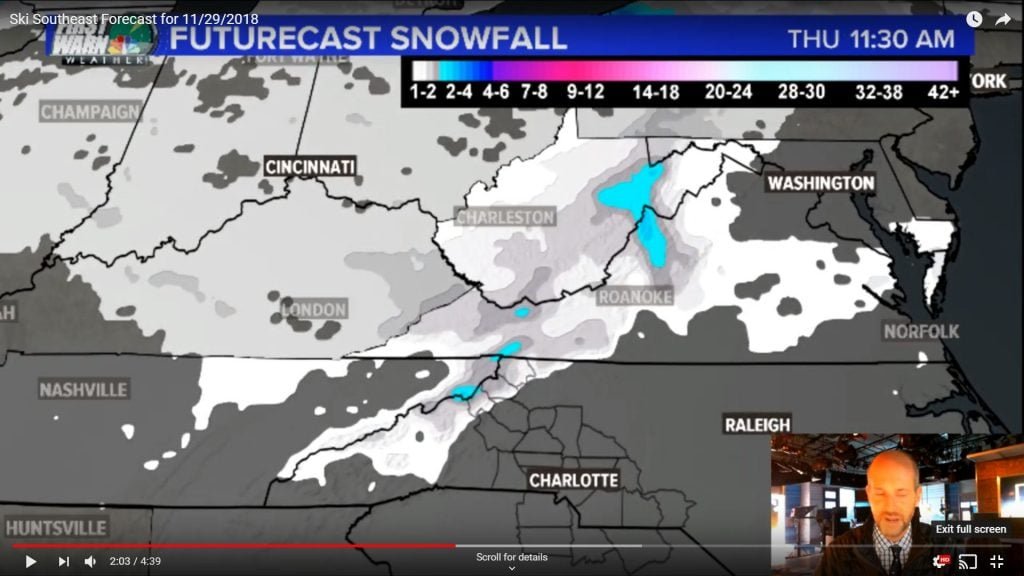 This is the time of year when I catch myself following the forum pages on websites like skisoutheast.com a bit more, than say in the middle of the season, when the region is usually rocking. I continue to be amazed that there are some out there questioning the operating plans for the region’s resorts. Again, this season, I just don’t get it.

I think it’s another one of those cases when you are damned if you do and damned if you don’t. I can’t tell you just how far the various mountain operations folks stick their necks out this time of the season, year in, year out. There have been some very nice snowmaking windows so far and for those that have been able to go full bore, well the results can easily be seen by going on the webcams. Just stepping up and pulling the snowmaking trigger, takes having some big ones. We should just be happy that we ski, snowboard and snowtube in a region where most mountain operation teams, say “Damn the torpedoes, full steam ahead.”

I have read on the forums that some of you have been sitting on your hands, waiting for the conditions to be just right. However I have also seen a lot of pictures showing smiling faces while enjoying what is available to everyone right now. Okay, you say I am just a cheerleader for the region’s ski industry. I am here to say, for the most part, that is correct and I don’t shy away from that position. Heck, when I wake up in the morning, I am thankful that most of what I have is due to being involved in the industry since 1985. Curse me if you want, but there are those out there that also know I have been known to call a spade a spade when a situation is going sideways in my eyes.

About this time of year or during a thaw period that will be happening in January or February, Mike (Doble), skisoutheast.com’s editor, and I discuss the subject of just how much snow does one need to have fun on the slopes. He and I agree, nobody really can tell the difference between a base of 30 to 60 inches to a base of say 16 to 30 inches of snow. I am mentioning this fact because I have seen where some folks are saying there just enough snow out there to play. Oh hockey pucks to that notion, for the slopes that are available right now there is plenty of snow. By the way, the only way to find out for sure is to make those first turns of the season, this time of the year.

I also know, this is probably the busiest time of the year for a lot of people and for those folks, I am giving you a mulligan. I have also found that taking a break and doing something you usually don’t do, during a busy period of life is not only self-serving, but self-rewarding for your well-being. No, I am not trying to be Dr. Phil here but step back and think about how your troubles seem to fade away when you are making some turns on your favorite slopes.

Hey, I am not here telling you that the conditions on the slopes throughout the region are in mid-season form, but for some of the slopes that are open, that just maybe the case. Despite the fact that resorts have spent literally millions of dollars on advanced snowmaking equipment in recent seasons, you can only cover so many slopes in a certain amount of time. This is when the term, “just have patience, they are coming” comes into being. This column is coming as we begin the final month of the year and later this month during the three-week holiday period, the most important time of the season for each resort will be upon us. So we are now in a period when each and every resort will be taking advantage of every single second that snowmaking conditions are available. There is no holding back now.

For those of you that have made some turns this season, believe me when I say, my 14-year old son is quite jealous. It just hasn’t been the case where we have been able to pull away from our everyday lives right now. By checking out the webcams, I have seen some really good days with fresh powder flying to raindrops on the cameras lens, but skiers and snowboarders on the slopes making turns. Welcome to the early portion of skiing and snowboarding in the southeast.

For those of you, yearning to make those first turns and just can’t find the time right now, how about making a trip to your local ski shop and just have a chat about the sport. We got Christian’s (aforementioned son) equipment for the season and it was fun to watch his attitude change when the technician was fitting him for his boots and talking about his favorites slopes at the resorts he has skied at so far.

Now I think I need to circle about this week’s main theme and that’s getting through the waiting period to make those first turns of the season. While I have seen a number of folks that have been fortunate enough to be enjoying themselves on the open terrain right now, I have also heard from those of you out there losing patience to make those terms. All I can say and I am borrowing the title of Bobby McFadden’s huge hit, “Don’t Worry, Be Happy,” those turns are coming and they will be just like you remembered them, awesome.

Previous Post
Today Could be the Warmest Day for a Couple of Weeks
Next Post
Another Transition Monday as Ski Resorts Ready Themselves for Cold Temps and Snow This Week!