Valentine’s Day Skiing and Snowboarding, Anyone? 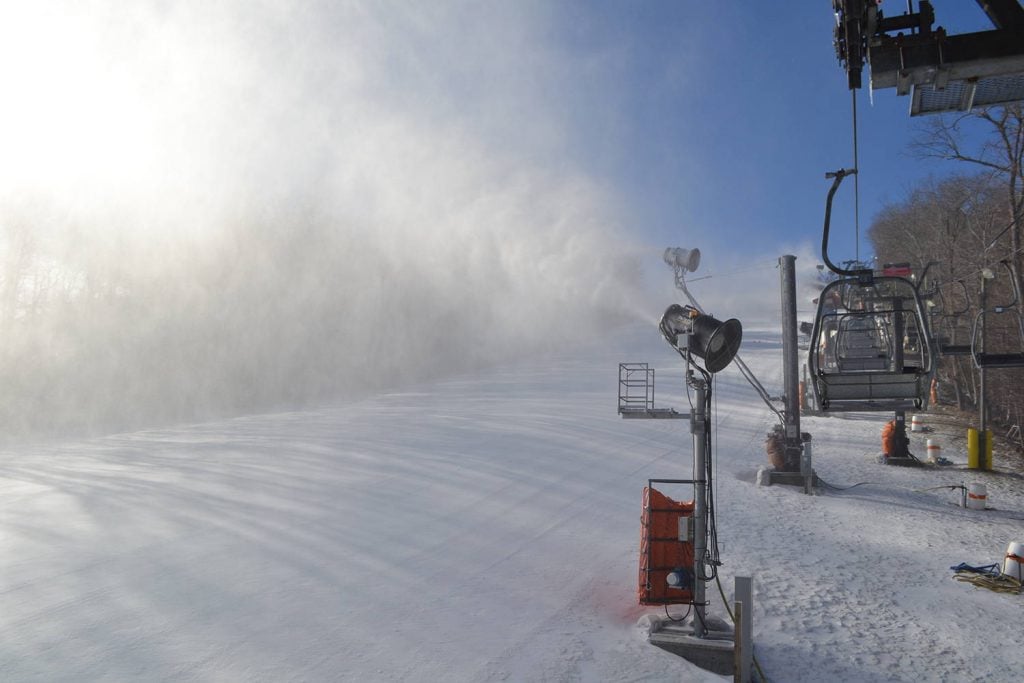 Happy Valentine’s Day to all the ladies out there, especially my lovely fiancé.  The holiday of love has brought about somewhat milder temps, albeit not nearly as warm as anything we saw last week.  A little bit of snow is on the way for some resorts in the region and we should see snowmaking pick back up as well in the next day or so. 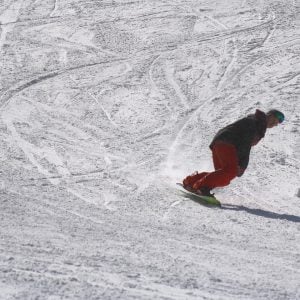 Looks like some good turns were had yesterday at App Ski Mtn.

Temps this morning are generally in the 20’s and 30’s.  A lot of the ski areas saw borderline temperatures for snowmaking and if you look at the snow report you’ll see that only about half of them made snow in the past 24 hours as a result.  Yesterday looks like it was a great day on the slopes as conditions consisted of lots of sunshine and good snow thanks to the recent snowmaking.

The spread in temperatures at the resorts is always interesting for me to look at and makes it hard to generalize the weather forecast for the entire region.  Things in the southern part of North Carolina can differ so much compared to northern West Virginia.  For instance, the high temperature at Cataloochee yesterday was 48.8 degrees.  Balmy.  The weather station at Snowshoe shows a high temperature yesterday of 27.7 degrees.  Chilly.  That’s quite the difference in temps.  You have one resort with near spring-like conditions and then another with snowmaking weather throughout the entire day.

Today is going to see a brief return of milder air.  I say milder but temperatures are still going to be in the 30’s and 40’s, so it’s nothing like we saw last week and this past weekend.  It also won’t be quite as nice today as clouds increase throughout the day.  A lot of the webcams are already showing lots of gray skies right now.  The webcam at Canaan Valley Resort is actually showing some light snow falling.  You have to look closely but it’s there.

The Canaan Valley/Timberline area is actually forecasted to see up to an inch today.  A different system moves through beginning tonight and it looks like it’ll bring a few inches to the North Carolina and West Virginia resorts mainly.  Here’s the latest video from Brad Panovich where he talks about this system and looks ahead to the weekend and beyond.

His forecast model that he displayed is a lot more bullish on snow totals for West Virginia than what the National Weather Service is thinking.  The NWS only has a two inches as the most likely amount right now through Thursday.  The local forecaster for the High Country of NC has 2-4″ possible for areas along the state line.  That would include Beech Mountain, Sugar Mountain, and Wolf Ridge.  So there is a little discrepancy between forecasted totals right now but not much.  Overall, it looks like another mini event with a couple inches of snow for the WV and NC ski areas.  I feel like we’ve had a lot of those this year…mini events that is.

Like I talked about yesterday and Brad reiterated, the weekend is looking good still.  There might be a little disturbance that moves through Saturday night, but other than that we’re looking at milder temps and lots of sunshine.  Already pumped to ride on Monday!

As for that long term outlook of milder temps…yeah let’s just worry about that later. 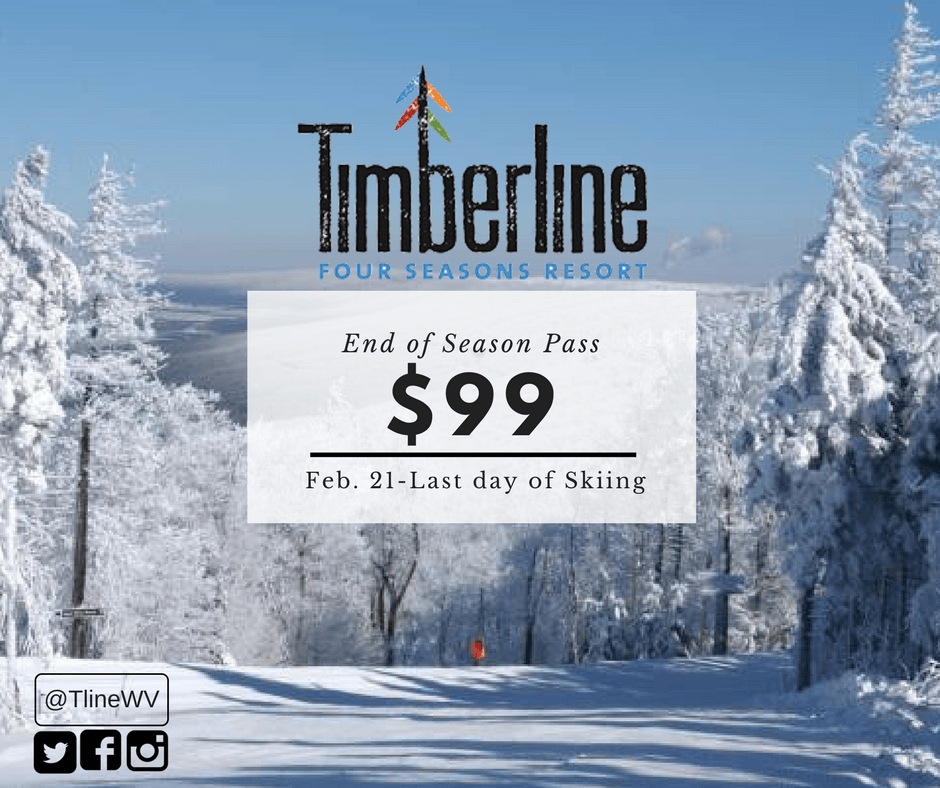 There’s a couple of good deals to mention this morning.  The first being an End of Season Pass to Timberline Resort in West Virginia.  For $99 you get unlimited skiing and snowboarding from February 21st through the end of the season.  At that price you’ll have gotten your money back in only two days.  That and West Virginia seems to always have at least one big storm in March, so that $99 could get you another powder day before the end of the season.  Click the link below for more info.

The other good deal is the ever popular and now infamous Ridiculous Pass to Snowshoe Mountain.

This is by far the best deal on a season pass you will get in the region, and quite honestly it’s also one of the best you’ll get in the country, save for the Epic Pass and Mountain Collective Passes out west.  The sale begins one week from today, February 21st, and passes will be on sale for $229 through February 28th.  After that they will be $349.  The Ridiculous Pass is valid for the rest of this season and the entirety of next season.  In addition, you get two $30 buddy tickets for March of this year and 10% off lodging, dining, and retail next season.  Like I said, it’s a helluva deal!

Also, if you are wanting or planning on attending the 2017 Ski Southeast Summit at Snowshoe Mountain (which you should), this pass is a great idea.  It’ll be pretty much paid off at the end of the weekend and you could snag a couple of cheap lifties for people who are coming with you.  Actually, if you think about it, your buddy could get three days of lifties for just $60.  Two days at $30 and then we’re already offering free Sunday lift tickets!  #deal.  Follow the link below for more info.

Finally, make sure to check out David McCue’s latest article.  He went to Colorado where it actually snows (I kid, kinda) for the SIA convention (article coming later on that) and then went on a little road trip where he hit up several ski areas out there.  I am jealous of this dude as he always seems to find good snow.  As he says, “It’s a long one.  Folks can drink more than just one cup of coffee” and is complete with a ton of good pics so make sure to allot yourself a few minutes to read it.

That’s it for now.  Enjoy the day people.  And make sure to buy your special lady some flowers.