We’ll Be Up to Double Digit Open Resorts Tomorrow 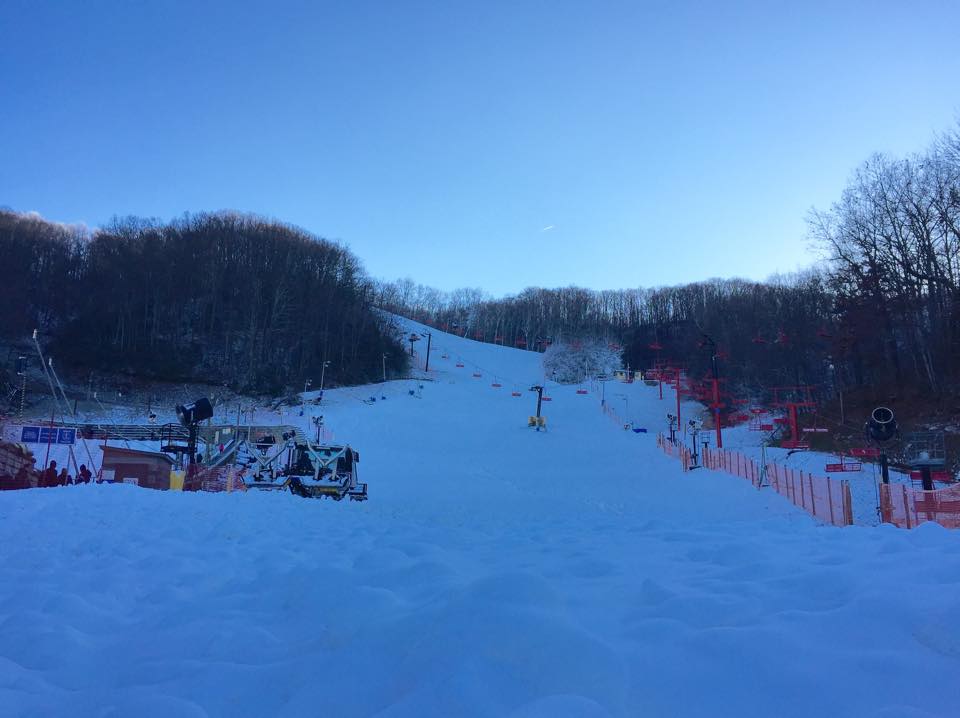 The end of the week is finally here and all of those resort openings I’ve been talking about are finally happening.  Exciting times!  Let’s get to it.

Massanutten is open today and tomorrow from 9am – 10pm.  That includes skiing, snowboarding, and tubing.  Sunday, they’ll be tubing and riding from 9am – 5pm. 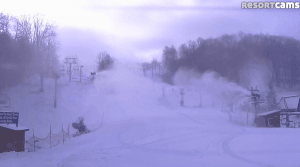 Winterplace looks good this AM!

Winterplace is open today and tomorrow for skiing and snowboarding from 9am – 9pm and then Sunday from 9am – 4:30pm.  If you have kids, Winterplace is offering free skiing for children under 12 through next Friday.  That’s a cool deal.

The details on Timberline’s hours this weekend are a little sparse right now.  From their website…

The trails at opening are going to be White Lightning from the top, White-Out, Timberline Trail, Fire Road, Easy-Does-It, Woods Hole and Cross Roads. Two lifts will be operating including the Thunderstruck triple and Gobbler’s Gully double chairlifts.

An exciting weekend at Wisp is planned.  You can get lift tickets for $20 today and those proceeds go to the Garrett Lakes Arts Festival.  That ticket will also get you access to snow tubing, ice skating, and the mountain coaster.  Sweet!

Tomorrow is when we’ll see another few resorts open up.  Bryce Resort and Wintergreen Resort in Virginia will both be open.  Bryce will be operating from 10am – 4pm and Wintergreen will be open for both skiing and tubing from 9am – 10pm.  I love Wintergreen’s Mountain Message blog.  They posted some pics  yesterday and man does it look pretty good up there!  Click the image below to enlarge it. 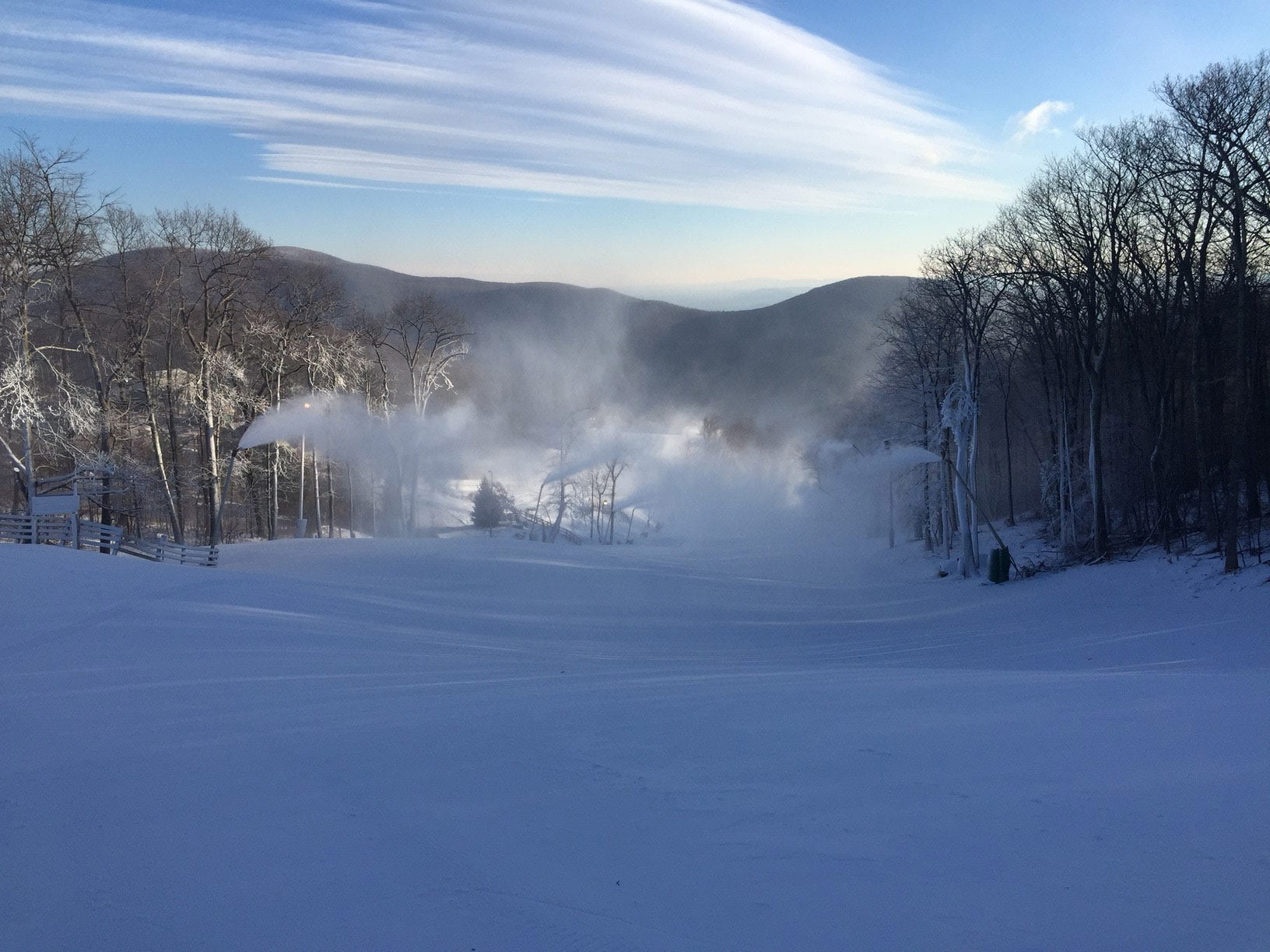 Ober Gatlinburg announced yesterday that they will be open for skiing and snowboarding tomorrow as well.  That image at the top of this post was taken from the base out there yesterday.  Looks good!  Ober has had tubing going for a while now and even had a rail jam event a few weeks back.  They open tomorrow at noon and will be open through 10pm.

The most surprising of all of these announcements is that Wolf Ridge is opening tomorrow.  You heard that right.  There’s nothing on their website about it, other than a post from a week ago where they said they hoped to open today, or on social media but they are indeed opening.  Somebody mentioned this on the messageboard yesterday and I called to confirm it this morning.  The lady who answered told me they will have 4 trails open tomorrow.  Hopefully enough people read this and realize they’re open because otherwise, Wolf has done nothing to spread the word.

There’s two Sugarfest events that I wanted to mention.  One at Sugar and one at Snowshoe.  Both have a bunch of things going on.  Snowshoe’s in particular looks awesome as they have a bunch of breweries out there.  I like beer. Read more about both at the links below.

So there you have it, an exciting weekend lies ahead.  We’ll finally have double digit ski areas open tomorrow and the weather looks fantastic.  After a week of cold, snowmaking, and a little bit of snow we’re going to be treated to blue skies and comfy temps.  I. am. stoked.  I’ve been looking forward to riding at Beech all week and I can’t wait to get first chair tomorrow.  They’re open for night sessions beginning tonight by the way.  Also on the topic of Beech, their new website should be going live later today.  Appnet designed it.  End shameless plug.

Everyone enjoy their weekend!  It’s going to be a good one.