Up to 3″ of Snow Has Fallen; More Coming. A Beautiful Day to Ride the Snow! 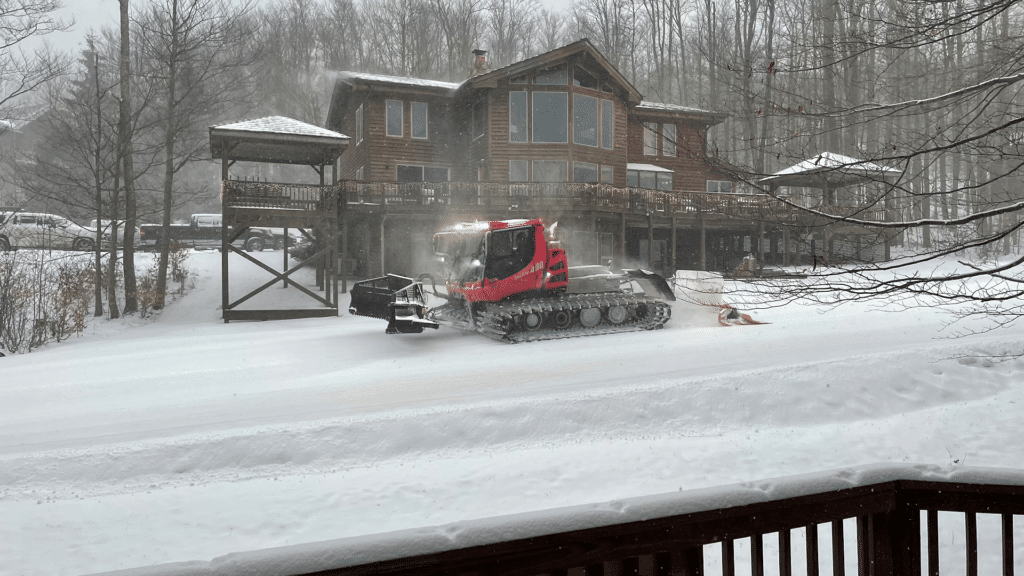 As I am typing this post this morning, I am looking out at a gorgeous view of the Twister Trail  here at Timberline Mountain. 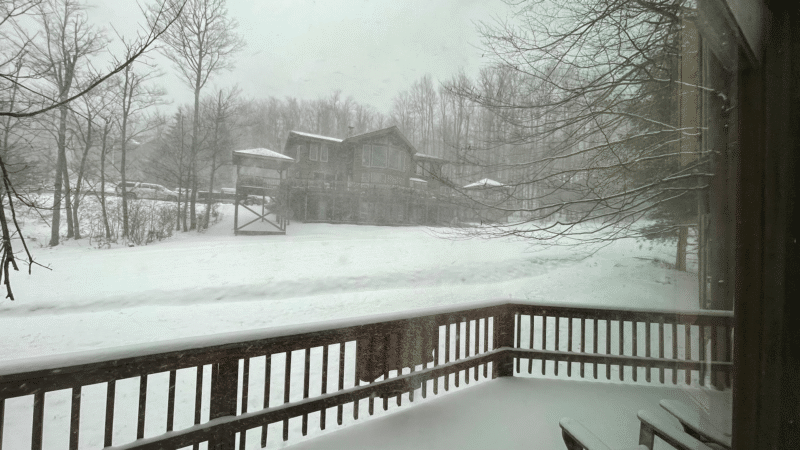 We had 2″ of natural snowfall overnight and in the time I have been writing this report, it has dropped another 1″ of snow.

As the old mountaineer, John Muir once said, “The Mountains are Calling. I must go.”

So if you’re reading this and want to check back in a bit – I’ll post some pics and videos in a bit. The slopes are groomed; there is 3″ of pow on top of that and Twister is calling my name. I must go.

The Question On Most Skiers & Snowboarders Minds This Weekend

Without question the most asked question in my skiMail inbox this morning and probably on the minds of most diehard skiers and snowboarders right now is – “Will the ski resorts be making snow today or this weekend?”

I’m reporting this morning from a slopeside cabin, along the Twister Trail at Timberline Mountain, but upon our arrival here on Friday afternoon I hustled over to the base lodge and grabbed our lift passes for the weekend. As I was being waited on, I heard that question asked three times.

It is an understandable question. As I took a quick tour around all of LIVE SKI CAMS on Friday afternoon, it was obvious that a lot of our resorts are hurting. It IS quickly approaching mid-March, and after all, four of the sixteen ski areas in the region are already closed for the season and two or three more will call it quits after tomorrow (Sunday’s sessions).

While we were blessed with consistently cold temperatures and nice, natural snow for most al of January and February – the “off-switch” was hit hard on March 1st and we have only seen one or two nights when the snowmaking crews could do their thing at any of the North Carolina ski areas. The Virginia and West Virginia ski areas didn’t fare much better and hence, the slopes have taken a hit.

…and out nowhere, the temperatures have taken a nosedive and the news of the last twenty-four hours has been this weekend’s winter storm and frigid temperatures.

…and as it seemingly happens every ski season, we get one more, significant snowfall to excite the masses and make us all want to get to the slopes at least one more time.

Bryce Resort – 30° – not making snow – 0.5″ Snow – 7 of 9 slopes open for day sessions. Made the decision to bump Winterfest back a day to Sunday, March 13th to prevent it from being a miserable event for everyone. We are expected to see heavy gusts and below freezing temps which would make pond skimming a dangerous activity. Sunday will be Bryce’s last day of the season.

Canaan Valley Resort – 25° – not making snow – 2″ of new snow! – 14 slopes open for day sessions. This is the last weekend of the season at Canaan.

Winterplace Resort – 22° – not making snow – 3″ of new snow! 8 of 28 trails open for day sessions and this is their last weekend of the season.

Previous Post
Some Late Season Magic Is On The Way
Next Post
We Salute the 2022 USCSA Women’s Snowboard Slalom National Champions – Lees-McRae College!