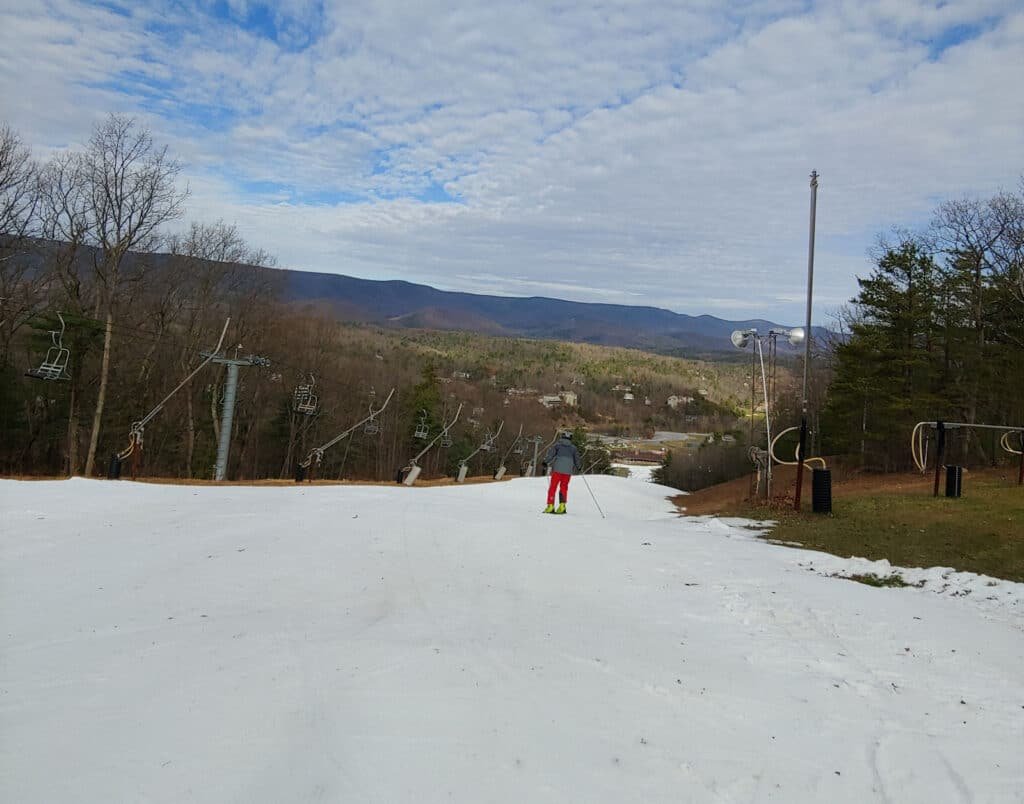 As I virtually toured the ski mountains this morning, suffice to say that it isn’t pretty about and about.  Truthfully, there is limited terrain available, but if you really, really need to feed that urge to ride the snow today, your best bets are Cataloochee Ski Area and Appalachian Ski Mountain in North Carolina, or Snowshoe Mountain in West Virginia.  While conditions today will be damp no matter where you go, those ski resorts have good, side-to-side coverage, without any bare areas to speak of.  None of the resorts have any control over the weather – and right now the best of the best would be Appalachian Ski Mountain with the best snow in N.C. and Snowshoe, with its 14 slopes open and plenty of base to play on in West Virginia.

It is what it is…and thankfully it is still November and we’re looking at a lot of cold nights and snow is in the forecast beginning Sunday and into next week.

Photo of the Day: Ober Gatlinburg’s crew was out early, prepping 8-9 lanes of tubing on their park. They are open for tubing only right now.

However, We’re Not Loving the Forecast for Today…

For the second weekend in a row we are not looking at a favorable forecast for our ski mountains. After a nice “preseason” of cold and snow, we’re now looking at a consecutive Saturdays with rain and areas of fog in the forecast.

The period from November 1st, really through mid December is widely considered to be a bonus period for our ski areas when and if we can get favorable conditions to open and attract early season skier visits. We’ve had a few good days for sure, but the weekends are really where our mountain pull the heaviest visitor numbers. 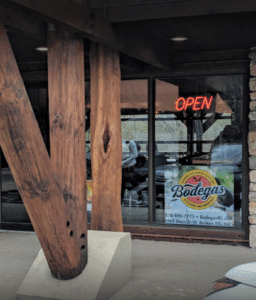 As I was driving around Avery County on Friday and Friday night, the roadways were packed with tourist. Every eatery was wall-to-wall as well. We did our Christmas tree hunting on Friday; took a midday timeout to watch the Virginia Tech Hokies lose a close one to Virginia; and then did Bodegas Kitchen & Wine Bar in Banner Elk for dinner. (Shameless plug here, but if you guys are in the Sugar and Beech Mountain areas this winter, you really should make Bodegas’ one of your stops. Paul Alcazar and Jocelyn Yost have created a real hit with this place.)

…and now we’re back from this commercial break. Haha.

It always seems that the weather patterns in our mountains have a rhythm all their own. I remember one year when it snowed every Wednesday and then the weekends were cold and sunny. That’s like the ‘motherlode’ for ski areas because the mid-week snows create excitement and get the people headed to their favorite slopes. Then when the weekends are clear and cold, the roads are great and the ski areas enjoy the best in terms of traffic.

We do have SNOW in the forecast, but let’s look at Saturday and Sunday first.

The Weekend Forecast for Snowshoe Mountain
80% to 100% chance of light rain today, but only a tenth to a quarter of an inch for the day session of skiing and riding. Snowshoe is not open for night riding yet, so enjoy the day and then tonight you guys can hit up the Village and eateries, etc.

Sunday looks a bit wetter, with half-to-three-quarters of an inch of rain and 20-30mph winds.

Sunday
Showers and Windy, with a west wind 24 to 28 mph, with gusts as high as 40 mph. Chance of precipitation is 80%. New precipitation amounts between a tenth and quarter of an inch, except higher amounts possible in thunderstorms.

Beech & Sugar Mountain
Rain likely before 1pm, then showers likely, mainly after 2pm. Patchy fog before noon, then patchy fog after 4pm. Otherwise, cloudy, with a high near 49. West southwest wind around 8 mph. Chance of precipitation is 70%. New precipitation amounts between a quarter and half of an inch possible.

Tonight Showers. Patchy fog after 7pm. Low around 42. South wind 10 to 18 mph, with gusts as high as 31 mph. Chance of precipitation is 90%. New precipitation amounts between a half and three quarters of an inch possible.

Sunday – Showers, mainly before 11am. Areas of fog before 10am. High near 51. Windy, with a south southwest wind 20 to 25 mph becoming west 26 to 31 mph in the afternoon. Winds could gust as high as 46 mph. Chance of precipitation is 80%. New precipitation amounts between a tenth and quarter of an inch possible.

(We MAY see some sunshine Sunday afternoon, before things go wet again…and then transition to snow Sunday night into Monday.)

The Weekend Summary – not the most ideal conditions for playing on the snow. However, there WILL be many people to brave the conditions and they will be rewarded with some periods where you can ski or ride without getting wet.

If you’ve already traveled up, wear some rain gear and hit the slopes anyway. I’ve had some awesome days skiing in the rain.

It Will Be Windy….

Brad Panovich shared this cool video of a “cartnado” at a Wal-Mart in Beckley, West Virginia on Wednesday. We’re likely to see those kinds of winds this weekend. Check it out though!

SO SNOW IS COMING? WHERE AND HOW MUCH?

While dining at Bodegas Friday evening, I was watching a weather forecaster via one of their many big-screens and they posted a map, forecasting 2-3″ of snow for some of our coverage area…like around Beech, Sugar and closer to the North Carolina / Tennessee border. Looking at NOAA and the NWS this morning, it appears that we may see a DUSTING of snow in some areas in Western North Carolina, Virginia and the Southern mountains of West Virginia – and up to 3-6″ of snow in the more snow-prone, higher elevations like Beech and Sugar Mountain, and into Canaan Valley and Snowshoe. Right now, it appears that the rainy conditions may transition over to snow sometime after midnight Sunday night into Monday morning and then we should see the greatest chances of accumulating snow Sunday night through Monday night.

The highest elevations could see 1-3″ of snow Sunday night and another 1-3″ on Monday.

Of course, the main thing we want and need to see are COLD enough temperatures so that the ski areas can MAKE SNOW. Right now we are seeing lows in the low to mid 20s EVERY NIGHT beginning with Sunday night through next Thursday night for snowmaking. That should make for a super weekend NEXT WEEKEND for skiing and snowboarding at YOUR favorite slopes….as long as the weather pattern holds.

The best news right now is that we could see around-the-clock snowmaking Sunday night through sometime into Wednesday in many areas. That bodes GREAT for next week and weekend.

Massanutten Resort shared, “Rain tonight may effect our operations tomorrow so check back here for updates and ‘ski it while you can!’ We plan to close mid- week and re-open next Sat, Dec 7.”

Bill Nabers, who works ski partrol for Bryce Resort sent this in…

I worked Ski Patrol today (Friday). Fun day with skiers, boarders, downhill bikers and tubers all having fun. (Too bad the new ice skating rink is not quite ready.) Very good conditions this morning, a little soft in the afternoon but ski-able the whole session. Then this evening the Ullr Festival featured a bonfire (no skis or boards were damaged), fireworks and smores. The rental diesel air compressors (that supplement our snowmaking) are in place and waiting for some cold and dry air to arrive. Last weekend for ski and bike, so come on out.

Previous Post
How To: Wax Your Skis
Next Post
WINTER WEATHER ADVISORY IN EFFECT FOR UP TO 9″ OF SNOW. SEE WHERE!