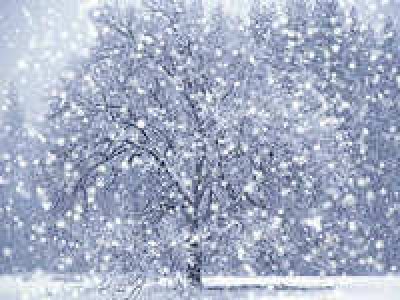 Okay you "fans of fog", here’s the final tally for foggy mornings in August. We only had TWO days without fog. So that’s 29 days WITH fog (I did the math for those of you were are mathematically challenged!) There were some very light fogs so I’ve reduced the final tally just a bit.

A friend to SkiSoutheast took notice of foggy mornings in August around Slaty Fork, West Virginia. Dana Holton of just outside Slaty Fork reported, "Mike, I’ve always enjoyed following your reports about all of the signs of an upcoming winter so I decided to keep my own this month. We had 20 mornings with substantial fog this morning. This morning as I am writing this, we’ve got one of the heavier fogs of the month. Hope this is helpful."

Thanks to Dana and others who kept prodding me to update the report.

I did get some sporadic reports from around the area and if I can I will try to actually speak with a couple of the "authorities" on fog around these parts. One email I received stated that Grandfather Mountain tallies their fogs each morning and that last year when we reported all (31) days with fogs in August – they saw (17). It’s actually hard for me to fathom fog hanging around at 5280 feet in elevation, but there you go.

Another fan of the website emailed me on Wednesday writing, "I didn’t realize your last name was Dople. I Googled "fogs in August means Snow in Winter" and found SkiSoutheast. I read your input and then the people ranked next were from the High Country Press and they quoted you. That’s where I saw your name was Dople. I am writing because we have to be related, because my last name is Dople. I live in Kentucky. Any relation? By the way I’ve followed you for years and enjoy the website."

Well, I am sorry to say that my name is not "Dople" and proud to say that it is "Doble". I didn’t know that High Country Press "quoted" me, but I just Googled it and – yep I’m a "Dople"…funny.

So nope, Barbie, we’re not related – but thanks for following the website.

While "charting" the fogs this month I kind of had a couple of thoughts. I’ll bet that it’s a safe bet that it snows perhaps 20-30 times each and every winter in the mountains. I remember one season where we had some kind of snow (flurries mostly) every other day or so all season. A lot of them were just a few flakes here and there, but it snowed. During an (89) day winter, it probably does snow some 20-30 times. That would be some kind of flurries or more about every three to four days. So maybe that old wives tale was something more of an old farmer’s way of pulling our leg. You could almost see a young tyke asking, "Grandpa, how much snow you think we’ll get this winter?" Then Grandpan would answer with a slight wink or laughter in his eyes and say, "Son, I counted the fogs in August and I’d say we’ll get about 30 or so snow this winter."

Chances are there are some 17-31 snows every winter. Most don’t amount to much, but it’s snow nonetheless.

During the last month I’ve received other emails sharing additional ways to forecast snow in nature. Here are some that were sent to me:

The thickness of onion skins. (Really?)
Lots of acorns. (Knew this one.)
Small orange bands on a wooly worm. (I thought it was the dark bands.)
Pigs gathering sticks. (Huh? Don’t they do that because they don’t have anything else to do?)
Tree full of leaves late in the Fall. (Never heard that one either.)

Man I have had LOTS of input about weather forecasting for this coming season. I hope to be able to compile some of them and get a summary posted soon. We’re working on a number of new features for the site and hope to be more ready for prime time this season than ever before.

As for our August fogs forecast – look for 25 days of snow this winter here in the higher elevations of the mountains of the Southeast.