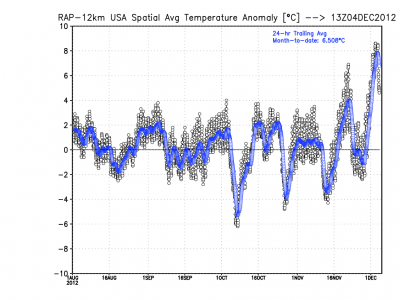 Anddddddddddddddddd I'm back. I (theKENDOG) am taking over for Tonette today as she is pretty swamped with non-ski things. So here we go…

It is hard to believe that it is December for two reasons. One, time is flying! I can't believe it's almost Christmas. Two, it is 60+ degrees today here in Boone. It feels more like September and I do not like it. My snow jinx continues. Basically, since I started working here at Appnet in January 2011 the weather has been crummy. The second half of that winter and then all of last year was sub-par. I don't know what it is, but I've got some kind of curse on me.

We've been teased with colder temperatures a few times now, and I'm getting a little restless. I have been able to log 4 days on snow though, which is pretty decent and more than what I had at this time last year. I made it out to Sugar last night and was pleasantly surprised at how well the snow is holding up. I'm not a fan of night riding in general, but the last two times I've been out there have been really fun. Before last week, I don't think I had been to the top of Sugar in a couple years. I forgot how fun Northridge/Switchback to Upper Flying Mile is. I usually just go there early season before Beech opens and when they're only open to ¾ station, but my place of residence this year is right across the street. I can see the mountain through my bedroom window and I can hear the guns when they are blowing. It's hard to pass it up when you can see/hear the place on a daily basis.

Sugar catches a lot of flak for things, but they are doing a really good job so far this year considering the weather. That can be said for the three other open ski areas as well. Three is not a typo by the way. App Ski Mountain closed at 4pm yesterday and will re-open when snowmaking temperatures return. Some of my buddies made it out there this weekend and said it was really fun, but you can't fight Mother Nature and the warmer temps degraded the base significantly. It was still cool of them to open for the weekend though while offering $5 lift tickets to celebrate their 50th anniversary. Kudos to them.

The next week looks to be a challenging one for everybody. Snowmaking looks to be limited to tomorrow night. To be honest, I'm a little worried about how things are going to look come this weekend. Snowshoe should be fine (they have 16 trails open by the way) but the open ski areas here in North Carolina will be looking thin. I'm not trying to be a downer, I'm just telling it like it is.

In fact, most of the country is going through the same thing we are right now. A lot of high temperatures records are being broken.  Below is a pretty cool graphic that shows the average temperature anomaly for the lower 48 states. The continental United States has been about 6.5 degrees above normal for the first few days of December, which is rather significant. 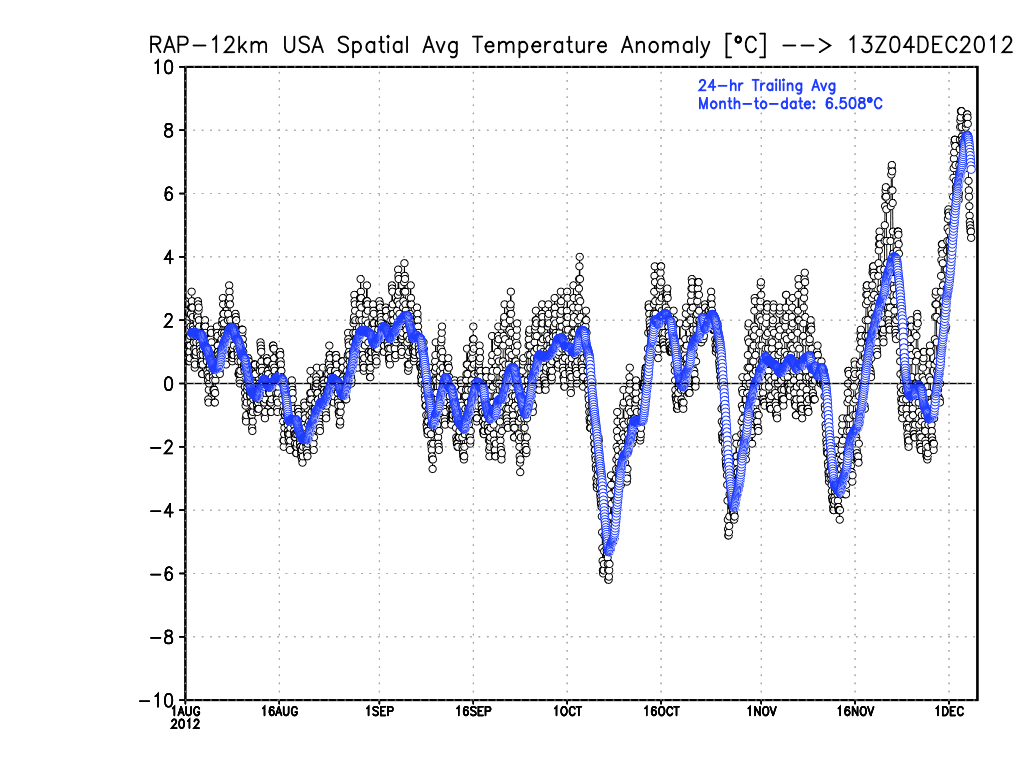 So when will cold arrive you ask? Well, things are looking up beginning the middle of next week. A lot of the weather models are showing a pattern flip that would allow colder weather to stay for more than just a few days. It's still a ways out, so we'll have to keep an eye on things.

Who wants some free lift tickets? If you answered “Me!”, then make sure to subscribe to our mailing list. The form is at the bottom of every page on the site. Then, send an email to [email protected] and include your name and phone number. We'll pick a random entry and that person will win 2 free lift tickets to Sapphire Valley! It's a pretty simple process and will only take a few minutes, plus you'll get emails from us with info on all the happenings at the ski resorts in the region. CLICK HERE to read more information about the contest. We're doing this everyday through Christmas so make sure to check back daily. We have a lot of lift tickets to give away and even some vacation packages. Sweet!

That's it. That's all. Tonette is back with you guys tomorrow. If you're lucky, I'll be back Thursday. Ha. Think snow!