In a last minute decision, I decided to head to the NC High Country on Tuesday afternoon.  I just couldn’t take looking at all the snow on the webcams anymore and needed to partake in some of the fun.  I had just ridden the previous Friday at Beech in superb conditions but when I see snow I just freak out.  I don’t know what it is.  I just want to be in it.

The Hemlock Inn in Blowing Rock

Discover the magic of Blowing Rock, NC with a relaxing stay at the beautiful Hemlock Inn. This historic inn, set just off main street in downtown Blowing Rock, is within walking distance to many of the high country's activities and attractions for all seasons. The Hemlock Inn is the perfect place to relax after a great day on the slopes. They are mere minutes from Appalachian Ski Mountain and a short drive to Sugar and Beech Ski areas as well.

Walk to restaurants and shopping as Main Street in Blowing Rock is just a couple blocks away! Visit their website for more information. Click the ad to the right or call 828.295.7897 for reservations!

Mike obliged and gave me the go ahead as long as I fixed the Banner Elk and Blowing Rock webcams.  Both of those are now working again as of the time of this post.  You’re welcome.  Please stop emailing me.  Ha.

The snow gradient was pretty drastic as I drove up 321.  It usually is.  At the bottom of the mountain where you start your trek up…nothing.  By the time I pulled into Blowing Rock 10-12 minutes later I was in a winter wonderland.  A cold, windy, and cold (yes, again) winter wonderland.

The roads were in better condition than I thought they would be.  My Prius is a champ in the snow and handled the trip from Blowing Rock to Banner Elk with no issue.  I’ve seen 105 in much worse condition.  I did my work duties at the Banner Elk cafe, scooped up a Brackish demo board from Edge of the World, and contemplated a night session at Beech.  I’m not a fan of night riding and it was windy as can be, more than I was anticipating, so that thought quickly went by the wayside.  I decided to chill and have some beer(s) at the Tavern.  It was delightful to sit by the fire, sipping on a nice hoppy beer, and looking out at at snowy downtown Banner Elk.

Dinner time came around and there was only one option in my mind…Puerto Nuevo!  God I love that place.  It holds a special place in my heart.  After a delicious steak ACP meal I called it an early evening and went back to the hotel to rest up for the next day’s fun.

By the following morning the weather conditions had drastically improved.  The skies were clearing, the wind was easing somewhat, and it was just a beautiful morning.

I arrived to Sugar at 7:45am as I’ve heard stories and seen images of crazy long lines to buy lift tickets.  For those that don’t know, Sugar doesn’t sell tickets online and begins selling them at 8am and it’s first come first serve.  I didn’t think it would be too bad as it was a Wednesday, but with the way things have been going this season (freaking packed) I didn’t want to chance anything.  I ended up being 10th in line and easily procured a lift ticket.  By this time it was 8:10am and I decided to walk up to the lifts to take some pictures (for the Gram) and to my surprise, the lifts were already open.  Sweet!  Sugar always has the lifts running by 8:30am even though I don’t think they technically open until 9.  Being on the lift at 8:15am was a nice little treat and might be the earliest I’ve ever gotten on.

I do not go to Sugar all that often, maybe once or twice a year.  Therefore, it’s been SEVERAL years since I’ve been there when they were 100% open with good snow.  Heck, we’ve had enough crummy winters in recent times that locals could probably say the same thing.  I am of the opinion that Sugar has the best terrain south of Snowshoe and when it’s good it’s good.  It was good today.  As I rode the lift up my stoke level was raised as the entire mountain was filled in and covered in white.  Riding up I could see the wide open Gunther’s Way looming to my right.  As I approached the top I could see Tom Terrific, Boulder Dash, and Whoopdeedoo all looking mighty fine. All four of the aforementioned trails are, in my opinion, the most challenging in North Carolina and I couldn’t wait to cruise down them.

Throughout the morning I basically just made the rounds on the trails at the top of the mountain.  So much FUN.  The snow was good with hardly any ice, so you could comfortably dig an edge in.  There is so much snow on the mountain right now that massive rollers are prevalent everywhere.  I thoroughly enjoyed cruising down and being able to catch a bit (a tad bit) of air.  They did make for a few nervous moments though as some of them were large and you couldn’t see on the other side.  That’s not a bad problem to have…there’s too much snow and the rollers were too big!

The morning started out cloudy, windy at the top, and COLD.  Thank goodness for hand warmers as it only took a few seconds of me taking my hand out of my glove to snap some photos before it started hurting.  A frostbite warning was in effect for good reason.  Thankfully, the sun came out and temps warmed up a bit.  Also, to my surprise, Sugar was NOT making snow anywhere on the mountain.  That is a rarity.

Make sure to watch the video at the top and I also snapped some photos which you can view below.  Click to enlarge! 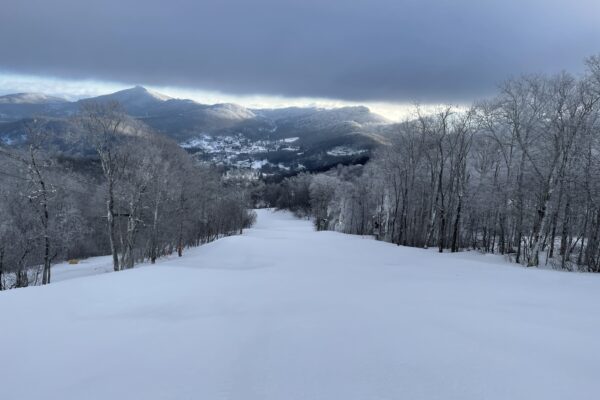 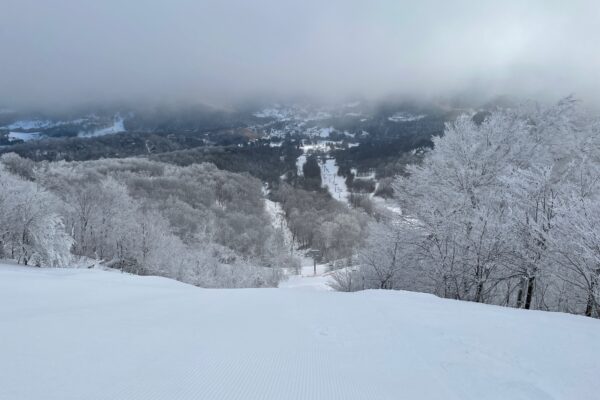 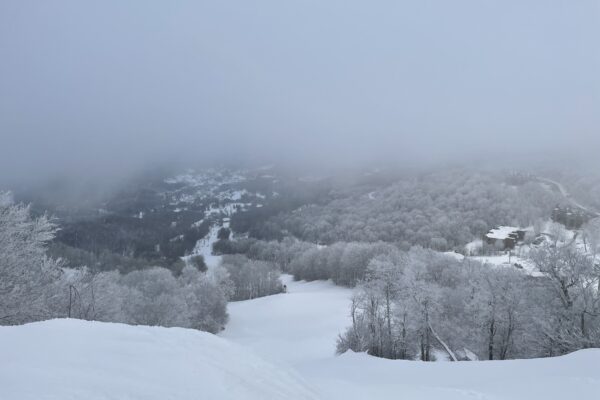 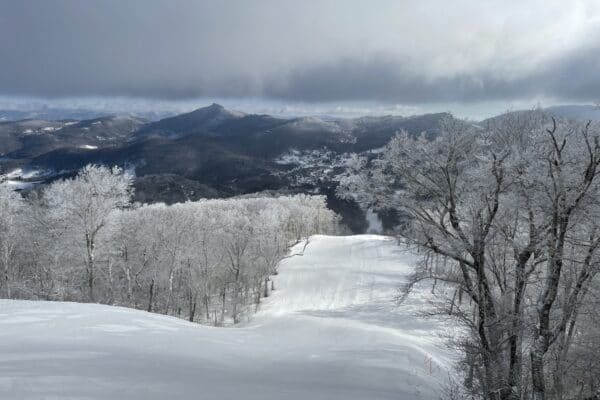 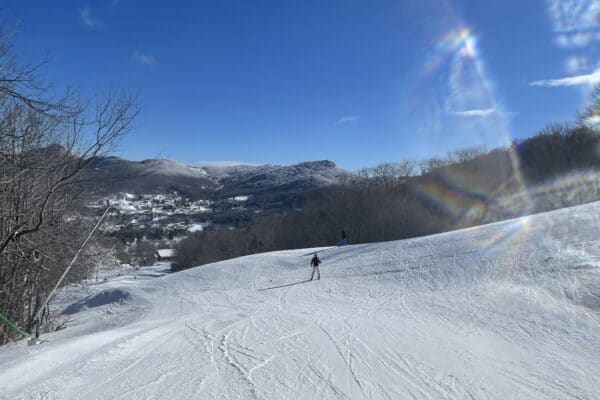 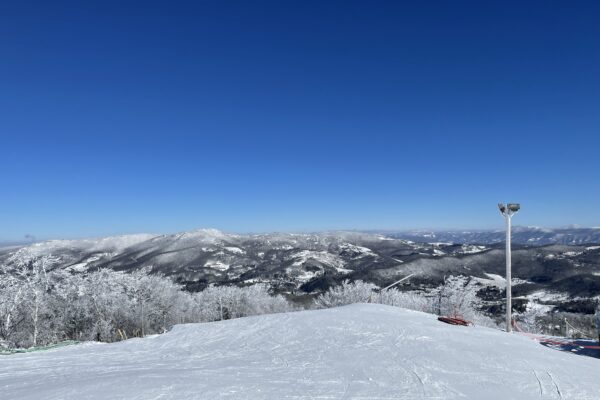 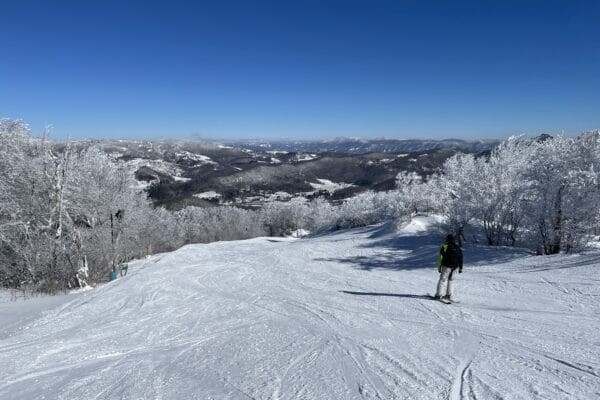 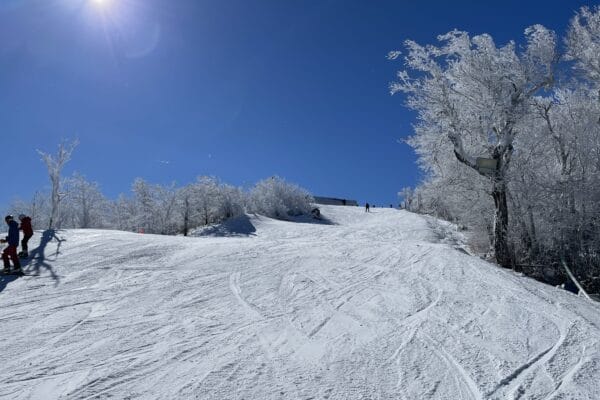 I only stayed until midday or so when the crowds began to show up.  I couldn’t believe how busy it was getting on a Wednesday afternoon.  Such is the 2020/2021 ski season though.  I wasn’t too bummed though as I had been riding for three and a half hours and gotten in my double digit runs requirement.  It was time to head back down the mountain to Charlotte and leave the snow globe that is the High Country right now.  I’ll be back soon though and it looks like next week will bring more snow fun!