A Tough Week Ahead 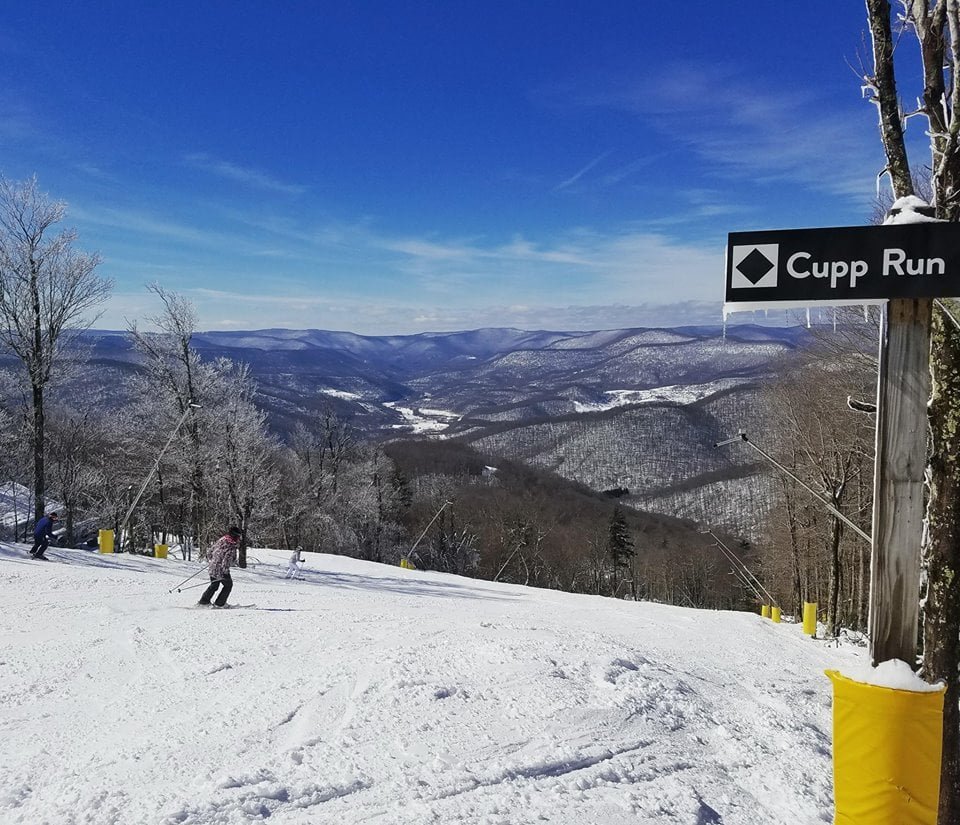 The President’s Day weekend is ending on a sour note.  Yesterday saw the return of sunshine for what seemed like the first time in a long while.  It was glorious.  Hopefully you could get out and enjoy it while it lasted because unfortunately, dreary conditions have returned.  In general, it’s looking like a tough week ahead for snow lovers and managers of ski areas in the Southeast.

Mild and wet has been the general theme over the past few weeks and that has begun to take it’s toll on the slopes, more so down here in North Carolina and Tennessee.  Mike mentioned that yesterday was Ober Gatlinburg’s final day of the season and we have another casualty today as Sapphire Valley is pulling the plug on the season after today’s session.  Ober and Sapphire are two of the southernmost and lower elevation ski areas in the region, so it should come as no surprise that they are the first ones to close.  However, I’m finding it hard to think of a season where we had multiple closings this early in February.  It’s even crazier to see after the amazing December and January we had.  Mother Nature sure has put a hurtin’ on the snow in February.

Additionally, today could be it for Wolf Ridge as well.  They announced that they’ll be closed Tuesday through Thursday, possibly opening back up for the weekend.  The forecast isn’t great, more on that in a minute, so it wouldn’t shock me to see them decline a weekend re-opening.  If you are a Wolf Ridge lover, then get out there today if you can just in case.

All things considered, conditions are pretty decent but definitely much improved the further north you go.  The North Carolina resorts have taken the brunt of the worst of the weather in recent weeks.  Cataloochee lost a number of trails recently as has Beech, although in Beech’s case I think that’s due to the fact that both the Quad and Lift 6 are broken down.  It’s been a rough, rough few weeks for them and hopefully they can get their lift issues sorted out this off-season.  I absolutely love the place but this seems to be an annual thing the past several years.  Sugar and App Ski Mountain are both still killing it though with App remaining 100% open and Sugar only missing a single trail from their list of open runs.

Head up into Virginia and I’d be lying if I said I wasn’t surprised to see how well things are holding up.  The VA ski areas haven’t had nearly as much snow as everyone else and it’s always a few degrees warmer, but the state as a whole is only missing 4 trails from their open count.  Bryce remains 100% open as they have been for what seems like the whole season, Massanutten is at 13 of 14 trails, The Omni Homestead is only missing a pair of slopes, and Wintergreen leads the way with 24 of 25 trails open.  Awesome!

The West Virginia and Maryland resorts are probably your best choice to get some late season turns in.  It’s always just a little colder and a lot snowier up there.  Outside of the natural snow only trails at Canaan and Timberline, almost all of the the rest of the runs in wild and wonderful WV are open.  Snowshoe and Winterplace both are operating at almost 100% and as I said, Canaan and Timberline (T-line is closed Tuesday through Thursday, re-opening on Friday FYI) are in a similar boat when you take out the natural snow only trails.  Not to be left out, Wisp continues their stellar season with 27 open slopes.

So while we do indeed have some closings this weekend, a quick look at the numbers shows some remarkably good conditions when you consider the past few weeks of sub-par weather.  That said, the forecast for the week ahead sees a continuation of those mild and wet conditions.  High temps at the resorts will be in the 50’s, 60’s, and some will even hit the 70 degree mark and showers will be prevalent not only today but later in the work week.  Oof.

We’ll have to see how the snow holds up this week and the next.  Admittedly, I’m a little nervous to see how things look a week from now.  Some resorts will be completely fine but I’d be lying if I said I wasn’t expecting some more closing announcements in the next two weeks.  It is what it is.  There’s still lots of fun to be had though so get it while you can!

Previous Post
Ober Gatlinburg to Close Ski and Snowboard Slopes as of Sunday, 2/18/18 at 10pm
Next Post
Ski Southeast Forecast for 2/19/2018: The Blowtorch is back but for how long?