I Told You March Would Be Better 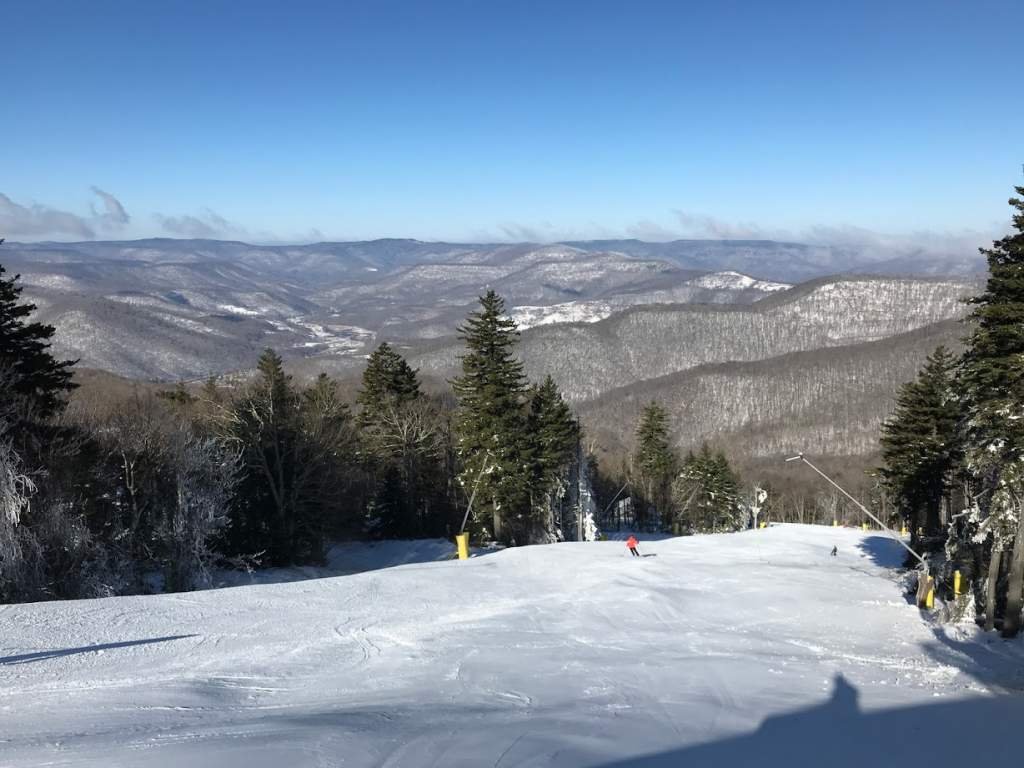 Remember how I said a week or two ago that it was frustrating to look at the weather models and see a colder first half of March?  This is why.  The resorts who made it through the February thaw have done a complete 180 in terms of the conditions and it looks to get even better for the week ahead.  More snowmaking opportunities and more natural snow is in the forecast!

First, I’ve got to say a huge thank you to Frank DeBerry, Shawn Cassell, and all the rest of the people at Snowshoe who made this weekend’s 2018 Ski Southeast Summit a huge success.  Every year I swear it gets better.  Also, a huge thanks to everyone who joined us, especially those who made plans to do so when the weather was awful.  Admittedly, Mike and I were both a little bit worried about the potential turnout a few weeks ago but we had a good number of people who showed up.

It’s always good to meet the messageboard crew and others who visit the site.  I love hearing people tell me that they enjoy reading the site and it gives me extra motivation to do this on a daily basis.  It’s not always easy to write stuff and stay positive when we go through stretches of weather like we experienced in February.  I’ll probably post a recap of the weekend in the next day or two once Mike and I can get all of our video footage together.

Finally, I’d also like to thank Old Man Winter for showing back up.  Driving up to Snowshoe on Thursday night, my wife and I went through a lot of rain and when we arrived there wasn’t any snow to be seen.  That all changed overnight though and Friday was a sneaky good morning.  Wind blown pockets of snow created some face shot opportunities like the one below.

The snow kept flying all day long and kept things nice and soft.  The sides of Spruce still had powder pockets even in the afternoon and the “groomers” remained in great shape.  Here’s a video of Ballhooter where I followed  Brad Panovich down.  He’s got some skills!

We got the best of both worlds as Friday was snowy and Saturday and Sunday were both bluebird.  I love storm riding but it was nice to see sunshine for the weekend.  A ton of people showed up to the mountain and Saturday saw some healthy crowds to say the least.  I didn’t have a chance to look the cams at other places, but I’m hoping that the remaining open ski areas saw some good turnouts as well.  They are all putting in a ton of effort to offer nice late season conditions.

I think the most impressive is Massanutten who opened back up yesterday, on a Sunday nonetheless, after feverishly making snow Friday and Saturday.  I’m not going to lie, it was looking rough out there on Thursday and I did not think they would be able to open back up.  I’m loving the dedication and they will be open daily this week.

Elsewhere in Virginia, Bryce Resort and Wintergreen both remain open on a decent amount of terrain.

In North Carolina, Sugar Mountain is back open to the top as is Appalachian Ski Mountain.  The transformation at Catalooche since Thursday morning is pretty nuts to look at.

Snowshoe and Wisp Resort are the only open ski areas right now in the northern portion of the region.  Canaan closed for the season yesterday and Winterplace and Timberline are both taking the next several days off.

You’re mistaken if you think the ski and snowboard season is over.  Snowmaking temps are in the forecast, especially later in the work week, and another Nor’easter is going to bring more snow to portions of West Virginia and Wisp in Maryland mid-week.

In general, the next few weeks looks good for skiers and snowboarders in the Southeast.  It’s going to remain colder than average and the remaining open resorts will be able to make snow and extend their season into late March if they want to.  It really is a shame about the February thaw and some of the early closures.  I’m just grateful that we still have the resorts open that we do.  It was looking pretty bad for a while there!

So don’t put the gear up just yet.  All signs point towards at least a few more weeks, and hopefully more.  As always, we’ll keep you updated.