Today Should Be the Best Day of Riding So Far This Season! 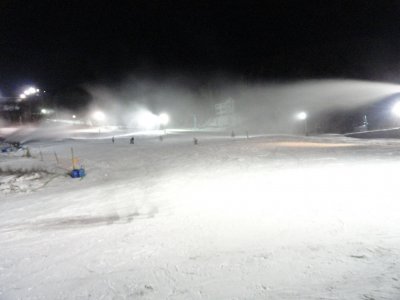 Man, I am dragging this morning! I don’t know what’s wrong with me, but I am just so lethargic right now. I need to hurry up and finish off this 32 ounce coffee. Yeah, I said 32 ounces. I love the Country Corner in Foscoe because it’s right on the way to work in the morning and I don’t know of anywhere else that has coffee cups this big. Crucial!

Things are looking good once again this morning at the ski areas across the region. We’ve seen another 24 hours of snowmaking at a lot of places. The resorts in West Virginia and Maryland have even seen a little bit more natural snow. Not a lot, but some nonetheless.  The areas up there remain the best choice for skiing and riding in the region, even though it’s pretty good here in North Carolina and Virginia as well!

This cold snap is proving to be just what the doctor ordered to jump start the season for everyone. Base depths and trail counts continue to be on the rise for everyone. I’ve actually been having to do some math on the snow report page when it comes to 24, 48, and 72 hour snowfall totals this week. I’m definitely not complaining about that though.

It never ceases to surprise me at just how much snow the ski areas can lay down in such a short period. I was looking at stuff yesterday and came across this picture that App Terrain Park posted on their Facebook page. 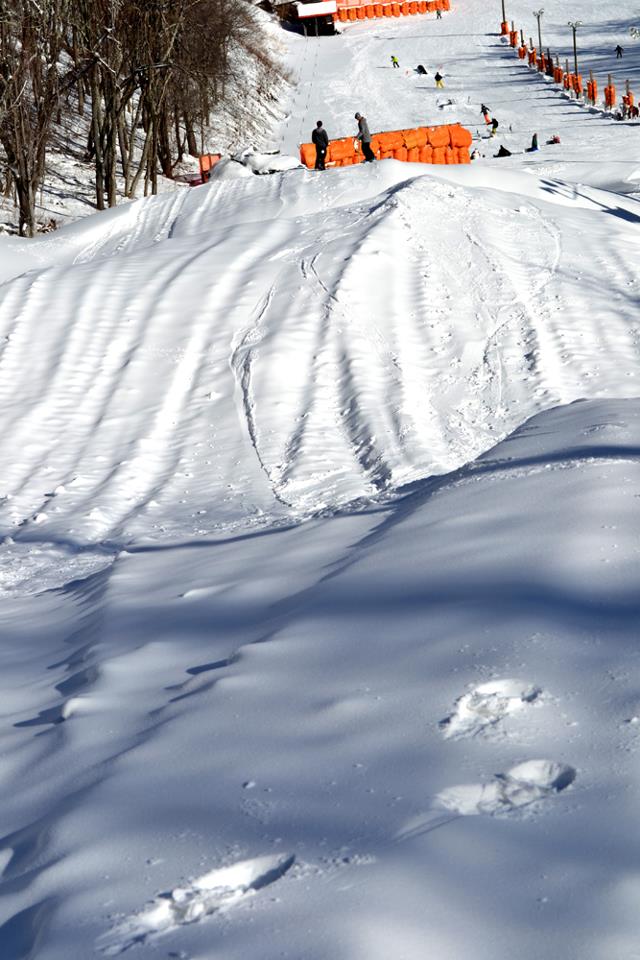 <<< That is a ton of snow at App in the AppalJam terrain park.  That park/trail will re-open later today!

Wow was all I could say. Those are some HUGE piles of snow. We all know how beastly their snowmaking system is out there but geez! That is only after about 48 hours or so of snowmaking too, so it didn’t take very long to make that. If anyone doubts their 40-60” base, tell them to just take a look at this picture.

Then, I went to ride at Beech last night. I was expecting good stuff but was pleasantly surprised to find MASSIVE amounts of snow out there as well. Powderbowl looked awesome and I so badly just wanted to drop in and get a few powder turns in. I’m guessing they will have a sweet park setup in there by tomorrow.

The same can be said of Robbins, which wasn’t open last night but is today! A guy I talked to on the lift said he poached it and got some great turns in. He was from Miami, which kind of surprised me that he would duck under the ropes. I’m stoked to get back out there tonight and ride though. Robbins is my favorite run out there and it’s nice to see that it’s finally open from top to bottom. Winterfest out there this weekend should have some great conditions. 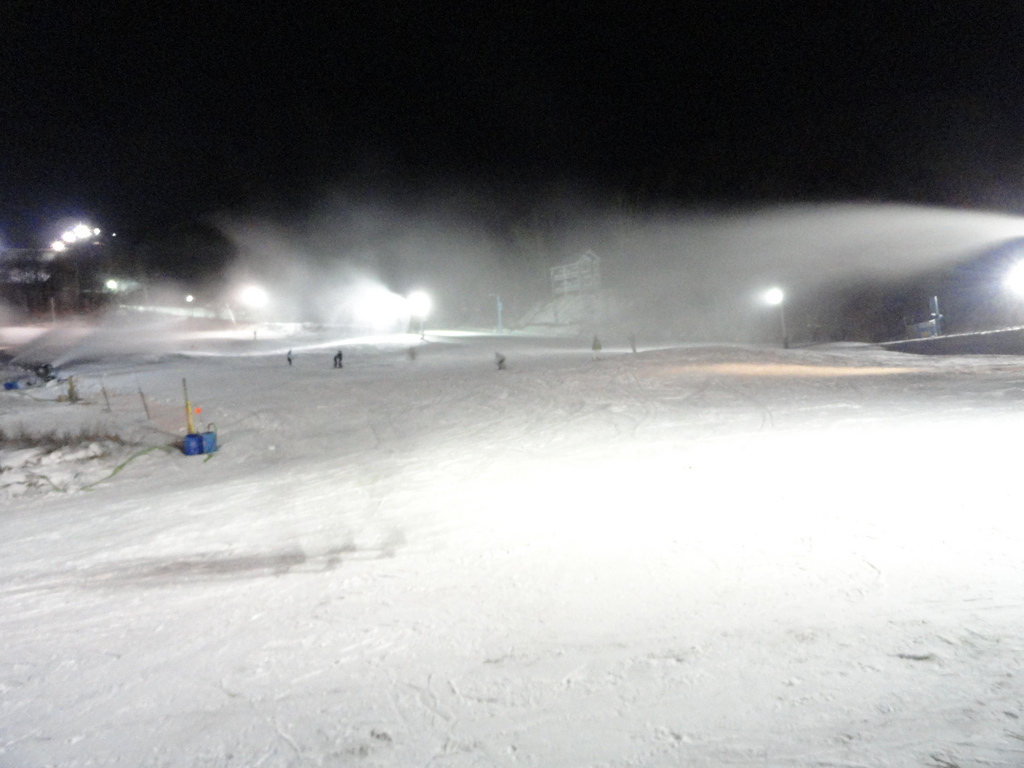 <<< Conditions were great at Beech last night.  The coverage and snow quality is the best it’s been so far this year.  Can’t wait to ride again tonight!

It’s not just the resorts here in North Carolina that are cranking out snow. If you take a look at the webcams you will see that everyone has noticeably added to their base. It’s crazy how good the snowmaking is here in the Southeast.  It really is.

If you can get out and ride today, you are lucky. Today should be the best day of skiing and riding so far this season. Much more tolerable temperatures and a decent amount of sunshine will make for a great day out there. The snow should be in excellent condition as well.  I was able to lay out some good sprays last night.

I’m pretty jealous of whoever gets to ride. I know I will find myself staring at the webcams today wishing I was out there. I’ll be riding later tonight, but I’m not the biggest fan of night riding. I love me some bluebird days!

Another reason I’m jealous is because we’re going to see some mild-ish weather through the weekend. There might even be a little underdeveloped snow for some places on Saturday. I say mild-ish because while it will be a little warmer, it won’t be nearly as bad as what we saw in December. Temps won’t be nearly that warm and we won’t have downpours either. With all the snowmaking this week every ski area should be fine. No worries!

That’s it for today. Check out the Snow Report page for all the updated info at the resorts. I’ll go over each one in more detail on here tomorrow. Over and out!