Today is Just a Bump in the Road 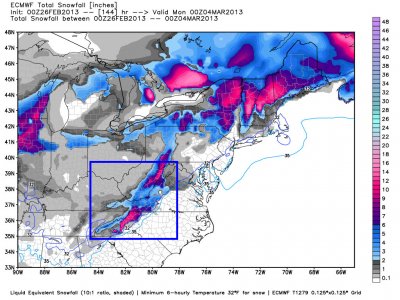 I was getting coffee at the gas station this morning and an SUV pulled up with a snowboard on top and a guy got out with all of his gear on. I immediately thought he is way more hardcore than I am. It's pretty gross outside this morning and you couldn't pay me to go riding today. A cold rain/freezing rain/sleet mixture has been falling around here and it's a great day to stay inside. I'm half expecting the power to be out at my place when I get off work due to the winds. They were howling all night and the trees were uncomfortably swaying this morning when I walked out. The ice at the higher elevations isn't bad at all but several of our cams do have ice on the dome, such as the King Street cam. 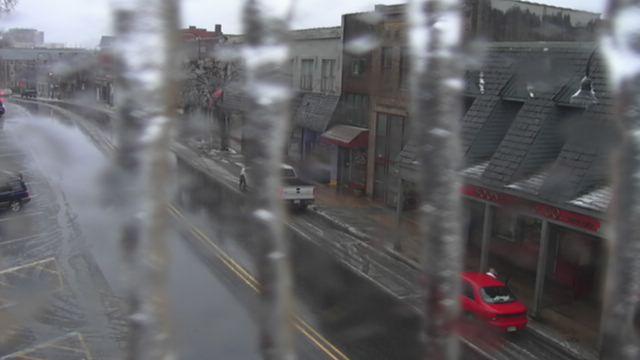 A couple of notables today…App is reporting an inch of new snow this morning. Quite honestly, that'll get washed away pretty quickly here in the next few hours but App is still looking really good regardless. Wolf Ridge is closed today due to the weather. That's probably a good call on their part. Finally, Sapphire Valley tweeted out yesterday that they will be closing for the season this coming weekend. That's a bummer! It is that time of the year though, so if you want to get one last weekend of riding in down there, this Saturday and Sunday is your last chance.

It's hard to believe that I am already talking about the first closure of the year, especially when you take a look at the ski report. We're still basically at peak season conditions! I'm too lazy to do the math again, but we're still right around that 92% mark we were last week in terms of total open terrain. It's like magic though, once the calendar turns to March, skier visits seem to instantly drop even with good snow. With the upcoming weather (I'm getting there), I'm hoping that won't happen because the first week of March is looking good and it's going to help prolong the snowpack. I really think we're going to see multiple places make it to the very end of March this year. I'm looking at the calendar, and March 31st falls on a Sunday. I'm calling it right now, more than one resort will be open on that date. Quote theKENDOG.

If you haven't looked at the weather for the second half of the week, you're in for a treat. Wednesday through Sunday is going to be snowy for West Virginia and North Carolina. Real snowy. March is coming in with a bang. A prolonged northwest flow event is going to make for a sweet weekend, dare I say powder weekend? Check out the image below which shows one of the more reliable weather model's snowfall output through Sunday night. You can see it has the North Carolina resorts, the northern resorts in West Virginia, and Wisp in Maryland getting around a foot. I wouldn't be surprised to see locally higher amounts. 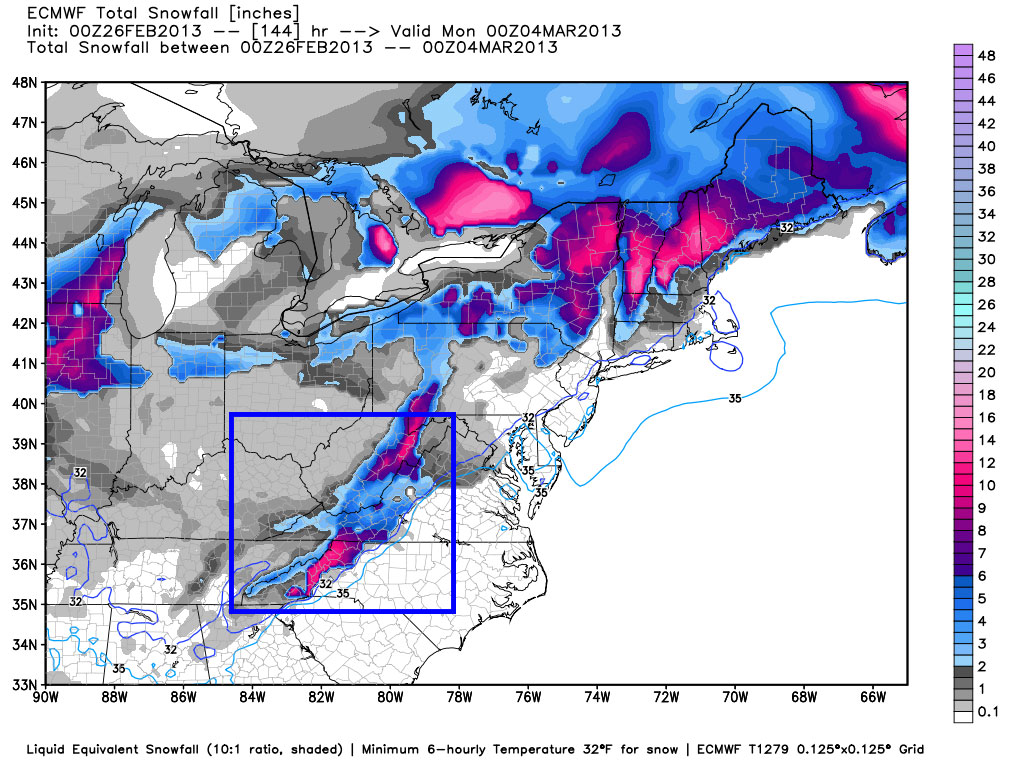 What's funny is it looks like another system comes through next Wednesday and dumps even more snow. Multiple weather outlets said it was going to be a backloaded winter, so let's hope March keeps the powder going! And if you're reading this, make sure to support the ski resorts and continue going there throughout the next month.

Like I said, this weekend is shaping up nicely and I am PUMPED because I will be at Snowshoe this weekend. The “Unoffical SkiSE Snowshoe Summit” is happening this weekend and I am pretty surprised with how many people are going. We had to cancel the official one for various reasons, but I'm impressed with the fact that we still have 30+ people planning on attending. I love the dedication! I also love the fact that it's going to be peak conditions. I've only been to Snowshoe when it's been late season, slushy conditions. I've never had a powder day or been there when the entire mountain is open. I'm stoked because it looks like both of those could happen this weekend. Woo! If you want to keep up with the weather forecast for the Shoe for this weekend, make sure to check SnowshoeWeather.com on a daily basis. The forecast for the week is getting me even more pumped!

Also, if you're headed to Snowshoe this weekend, you should consider the Ridiculous Pass. It's only on sale for another few days and it is hands down the best season pass deal you will get anywhere in the region. Hence the name. I know several of the people who are headed up there this weekend are buying it and it'll already be paid off by the time they leave. That means all of next season will basically be free!

That's it for today. Don't let the rain/ice/sleet get you down too much. Like I said, it's just a bump in the road!

Previous Post
Buy One Lift Ticket, Get One Free at Winterplace
Next Post
A Beautiful Sunset at Beech Mountain