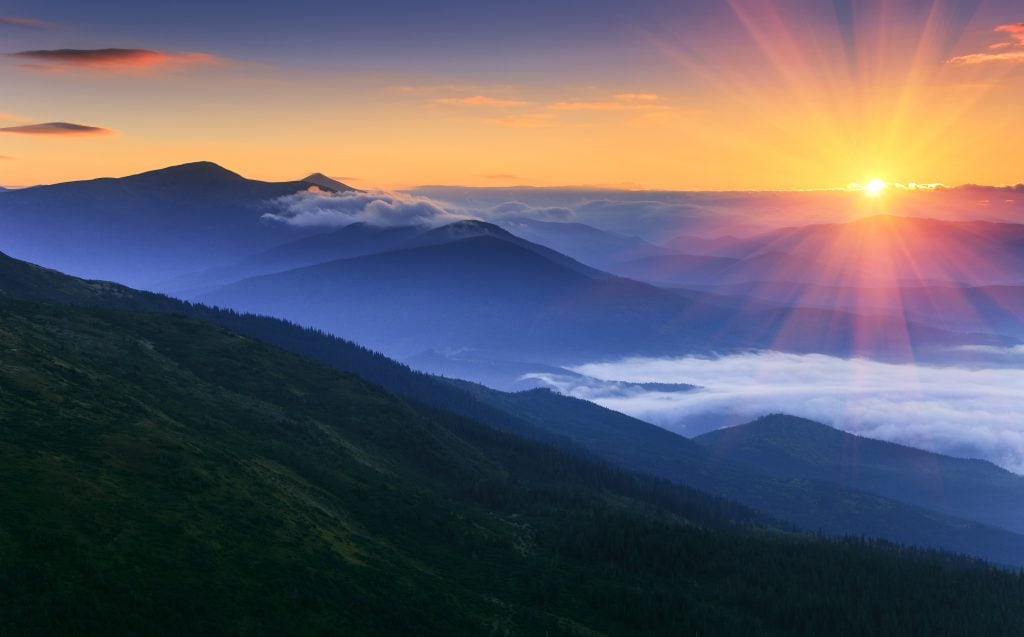 August 1st – As foggy as it gets. This is a great way to start our preseason. Reports from Beech, Banner Elk, and Valle Crucis all showed heavy fog.

August 2nd – Light fog (Nothing to write home about but my daughter walked into the office this morning saying, “Woohoo, two mornings in a row with fog!”)

August 3rd – Moderate to Heavy Fog! – This is a great start!

August 4th – Another foggy morning. I was surprised that it was foggy as it was rainy pretty steady, but the fog was pretty dense around Hound Ears this morning.

August 5th – Quite the heavy fog this morning. Members of my staff walked in the office sharing, “Five days in a row with Fog!”

August 9th – Correction! I worked all night in the office and just didn’t see any fog from my office window, but several people reported heavy fog in Blowing Rock.

August 11th – No Fog this morning…only blue skies and some low clouds hanging over the tops of some of the peaks up on Grandfather, Sugar, Beech, etc.

August 13th – No Fog this morning. Gorgeous day in the High Country.

August 14th – No Fog this morning. Another beautiful day in the neighborhood!

August 15th – Dense Fog this morning. One of the densest fogs of the month.

(The photo to the right is an image from this morning (August 15th).

We will keep you guys informed as we go through the month.

August 17th – Unquestionably the heaviest fog of the month. People were walking into our offices proclaiming things like, “I swear it’s been foggy every single morning this month.” Close…

August 19th – Raining and kind of foggy but more rainy. Not counting it.

August 21st – Pretty Foggy about and about. Now we’re back on track!

August 22nd – It was very humid but not foggy. Oh well. 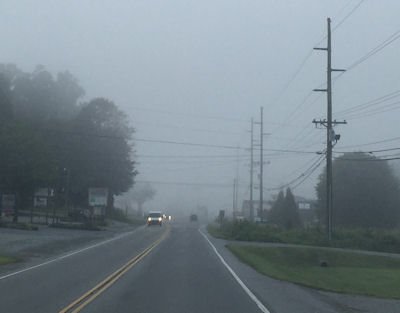 August 24th – I was out of town but the word in the office was NO Fog this morning.

August 25th – I’m pretty certain this is/was the heaviest Fog of the month!

Here we go sports fans. I don’t know about you guys but August 1st always gets my juices flowing. College football coaches are gathering their troops for the first time for fall practice, which means that the first college football games are less than a month away. Every team is undefeated at this time of the year and even the most logical thinking fans who know that their teams are undermanned hold out hope for a Cinderella season.

August 1st is always the unofficial beginning of ski-thinking-season. I’ve already heard from Appalachian Ski Mountain’s Brad Moretz and I’d expect that ski area owners, managers and marketing crews will be coming out of their semi-summer-hibernation to begin setting the stage for another round of “Let’s Get the Most out of What the Weather Will Allow”. This will be the 63rd season of wringing out the most snow possible from whatever Winter offers for Wisp Resort in Maryland. Others in the region have been working the weather for five to six decades.

…and the 2016-2017 ski and snowboarding season will be 21st campaign  for yours truly (and SkiNC.com and SkiSoutheast.com) of covering all of the Southeast and mid-Atlantic ski areas. Well technically we began by only covering North Carolina’s resorts and then “spidered out” to the rest of the territory in 1999 or 2000. We’re excited if for no other reason than the fact that this coming ski season will help erase the “yuck” that was 2015-2016. (I’ll save regurgitating that bit of history for another article.)

I feel a little like the Phil Connors character in Groundhog Day where he’s seen revisiting Pennsylvania for the “umteenth time” and his seems to be bored rehashing the same old story over and over again. However. I can’t tell you how many of our readers prod me to “get to it” and keep everyone informed per “How many foggy mornings we’re seeing in the mountains.”

For those of you who are uneducated as to what all the fuss is about pertaining to foggy mornings in August – here are the basics.

According to folklore, “For every fog in August, there will be a snowfall during the subsequent winter season.”

While many of us in the 21st century may think weather lore is more whimsical that wise, it’s hard to discount all of these “natural forecasters,” especially when they prove to be true. But how could a saying that’s been passed down from sailor to farmer to business executive really predict the weather?!

While not all weather lore is accurate, there are many sayings that prove to be on the mark time and time again. When you examine weather lore, you realize that the basics of this weather predicting method are careful observations that have been made over many years. Weather lore relies on the notion that there is a strong cause-and-effect relationship between nature and the weather.

Bear with us as we’re sweeping some of the digital cobwebs from the website. We have some content to update and then we’ll begin reaching out to every resort to hear their latest news as to “What’s New for 2016-2017” in their world.

Last season we added more editorial help in terms of reporting around the region and we’re dedicated to pick up the pace even more so this season. So stay tuned and if you have some snow-loving friends, please share our websites with them. Be sure to invite them to begin checking us out at:

Until Next Time – email me what’s on your mind. If it’s good, I’ll share it. [email protected]