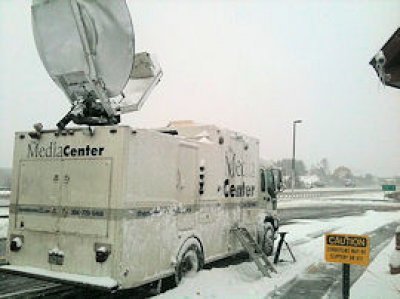 First before we get into this week’s topic, I would like to remind you of last week’s topic of over hyping upcoming snow storms. Now I know that ski resorts throughout the southeast region got a bunch of natural snow, some as much as two-feet, but the over hype came in the metro areas. Over 1000 flights were cancelled by airlines using Dulles Airport and the plows never pulled out on the runways. The worldwide leader of weather, The Weather Channel deployed their troops and had to go looking for snow. For the record, the higher elevations of the Allegheny Mountains got hammered and that’s where we pick up this week’s column.

If you have been skiing, snowboarding or snow tubing this year, once, twice or a handful of times, congratulations you have experienced for the most part very nice conditions. However you have experienced the best conditions though. That is occurring right now as I scribe this column. If you have been asleep for let’s say ten days and just woke up today, well it has been snowing and snowing and snowing at most of the ski resorts from North Carolina to Maryland. Just take a look at the resort cam page on this site and you will see for yourself, it is pretty awesome out there right now.

With all the snow recently and actually through most of the season at the majority of the resorts the numbers of skiers, snowboarders and snow tubers have been very strong from opening day until now. In fact some resorts reported record numbers for either the Martin Luther King or Presidents holiday weekends. That means the word is getting out about just how good the conditions have been and currently are on the slopes.

If you haven’t been fortunate enough to make it to your favorite ski resort yet this season your time is running out. Again this season the crowds are going to slow down or stop before all of the snow melts. Once again I can put any doubts that you might aside by letting you know there is tons upon tons of snow on the slopes right now. I actually think some resorts are being bit conservative with their base reports right now, which is a huge change from seasons past. The challenge is that skiers and snowboarders just stop coming this time of the season and when there are not folks on the slopes the resorts close for the season.

Decisions are being made right now on how long to stay open. All of the resorts at the beginning of the season have an idea of when they will close but if folks are still buying lift tickets, well it doesn’t take a brain surgeon to figure out the lifts will keep running. In fact one resort, Snowshoe Mountain has already announced they were extending their closing date to March 31. I guarantee you that other resorts are looking at that decision and contemplating on following suite. But it is all up to you and you and you to make some more turns in the next couple of weeks.

By the way if you haven’t noticed, the price of lift tickets begin to drop to spring skiing prices which is always good on the pocketbook. To find out the latest of when your favorite resort is going to be calling it quits for the season stay tuned to this website, but I repeat, if you want to make those final turns of the season don’t dilly or dally because the day is nearing that your will be putting your equipment away until next season. And to tell you the truth I really don’t want to hear the complaining that resorts are closing and you didn’t get a chance to go skiing or riding again.