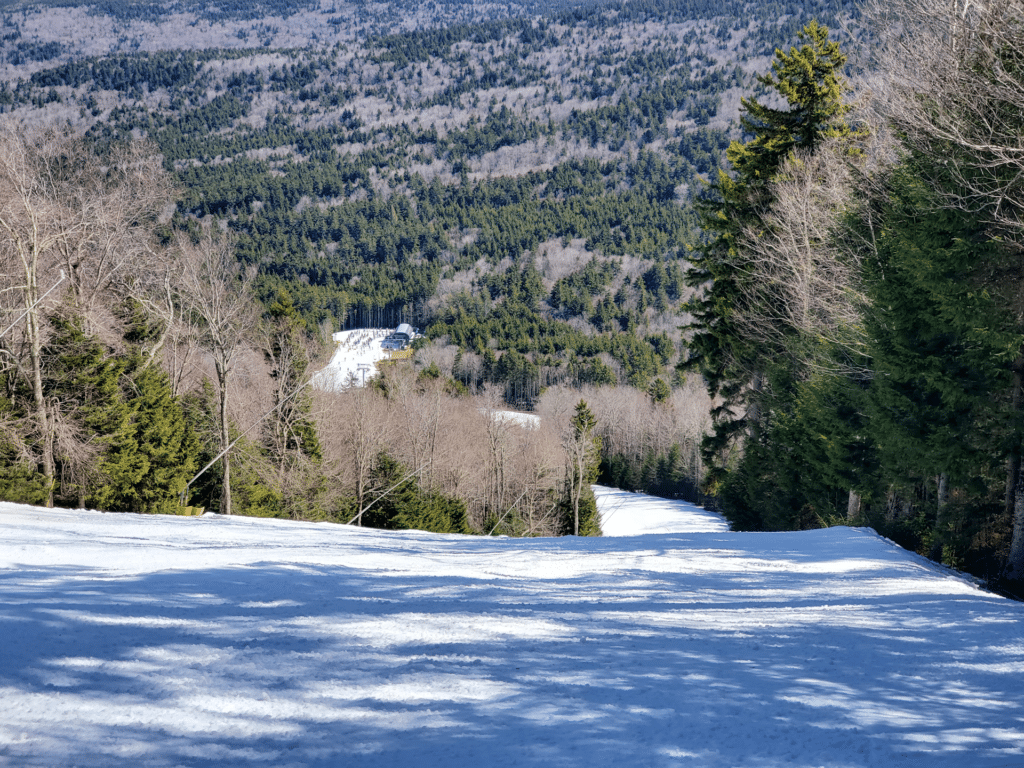 Well, in this space last week I wrote about it being basically spring ski season with the temperatures climbing and, well, we were in the month of March.  But now it is officially spring skiing season as spring came upon us on Saturday, March 20th.

What this means is that those final turns on your favorite slopes are upon you if you can get out in the next couple of weeks.

Before I go on with this week’s column, I have to give some kudos to Appalachian and Snowshoe for cranking up their snowguns one more time last week.  I cannot remember the last time a resort in the region made snow this late in the season.  Those low energy snowguns really pay off this time of the year, just to make things look nice again.

Just because the daffodils are blooming right now everywhere, that doesn’t mean there is not snow on the slopes at your favorite resort.  To be clear here, your favorite resort might have already suspended on-slope operations, so that might be the case, but none the less there is tons upon tons of snow in the mountains right now.

Some of you might understand that there IS snow on the slopes, but it really does not matter because the crowds are not happening right now.  In fact, the majority of the folks are making plans for what to do in the spring and summer.  But I am here to say, this time of year provides some of the best skiing and snowboarding of the season.  Those layers of clothes you put on earlier in the season, are a thing of the past.

Now I am here to say, as Mike Doble has made mention numerous times, this season has seen increased crowds compared to recent season and for some as I understand, all-time visitation records have been reached this year.  Talking to resort officials throughout the region, the season has been one to remember.  The number one reason probably was what had to be done to deal with COVID-19. But due to the pandemic, a lot of new faces have been seen on the slopes.  I presume a number of new guests this year just didn’t want to take a flight to a northeast or western resort.  Here is hope that those new faces will return next season, as things get back to normal or whatever normal is going to be.

Another cool thing about spring skiing and snowboarding is the lack of lift lines, anywhere.  I mean, right now until the end of the month, you ride the lift up the mountain, let gravity be your friend coming down, then you get right back on the lift and get ready for another run.  Believe me when I say, you will wear out before the snow wears out.  Period, end of story.

Another thing to watch during this time of year is not the daytime temperature, because they are going to be higher, that’s just the way it is, but make sure to watch the overnight temperatures closely.

You say, why should I worry about nighttime temperatures, when I am not going to be skiing or snowboarding at that time.  Well as most of you realize, grooming is very important all season long, but even more critical during spring skiing.  While bumps are fun for some, most skiers and snowboarders in the region have challenges with bumps and shy away from them.

Most folks like nicely groomed slopes to make turns on during their time on the slopes.  Well, if the overnight temps stay in the upper 40s, pushing snow only makes it melt easier and head back to the snowmaking ponds.  But if the temperatures remain in the 30’s, the top layer of the snow hardens up and gives the groomers a chance to get on the snow and make everything flat and fun.

An added note here, a number of the resorts will not groom some slopes so that the bumps will form for those skiers and snowboarders that like that sort of terrain.  As you know, I snowboard and to be honest with you, while I have done some bump runs with my board, for the most part, I stay off the bumps.  Just not for me.  But if you like them, more power to you.

So spring is here officially and there continues to be tons and tons of snow on the slopes at the resorts that remain open.

Make sure if you are going head to your favorite resort for those final runs, if you don’t check the resort’s snow report or on-slope cams, shame on you.  If you pull up into the resort’s parking lot and the number of slopes aren’t what you were expecting or the conditions are not up to your expectations, well go look in the mirror and blame the person that is looking back at you.

I don’t know if I am going to get back on the slopes this year, but I did get ten days on the slopes and for the first time in my ski industry career, I toured all four of West Virginia’s major alpine resorts, Winterplace, Snowshoe, Canaan Valley and Timberline in the same season.

Every one of my product evaluation days this year was special, because it was with my son and friends and that is what it is all about, when you are having fun.

This is my next to last column of the 2020/2021 season as things are coming to an end.  For the final column of the season, Joe’s “Snowies” will be announced.  As they say, stay tuned.

That’s it for this week, thanks for joining me. Just remember whether it be cold or whether it be warm, we will weather the weather, whatever the weather will be.  The season has been challenging but fun so far and it is going to be a lot more fun the rest of the way.  Remember, Mother Nature provides the best social distancing these days.