Time to Head to the Mountains 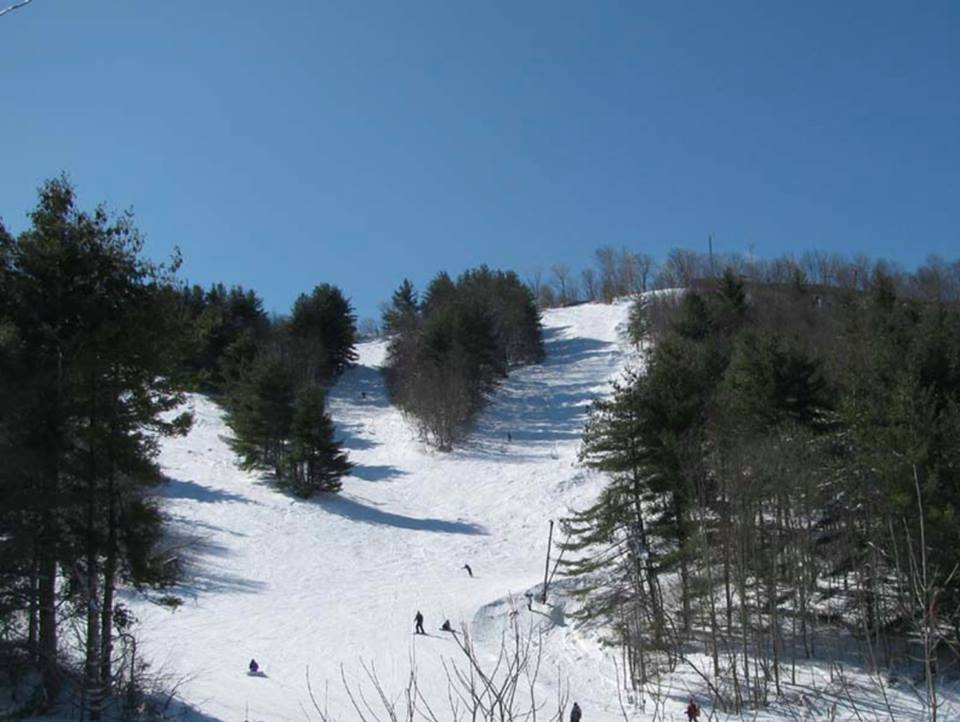 Another successful work week for the ski areas is giving way to a fantastic looking weekend.  The bitter cold is about to lose it’s grip on us and we’ll see more comfortable temperatures invade the region.  Skiing and snowboarding in frigid temps isn’t everyone’s cup of tea, so if you enjoy making turns on bluebird days with temps in the 40’s and 50’s then this weekend is for you!

Let’s start with the weather…every single ski area is at or below the freezing mark this morning.  That has been the main theme of the past six or seven weeks.  However, it might be the final time that I can say that for a while.  During that stretch, the amount of snowmaking has been impressive to say the least, and the resorts have built up some huge bases and have been able to open up the more trails than at any time in the past few years.  Mike and I have both noticed that the outlandish base depth reporting has been curbed this season for the most part, but there are a still a few numbers out there that I don’t quite have 100% confidence in.  However, just seeing those numbers is a sign of how good things have been.  The past two seasons weren’t even good enough to believably fib about them!

I’m a weather geek so I was looking at some info this morning and trying to figure out just how cold this winter has been thus far.  Thankfully, one of Ryan Maue’s many maps shows the temperature anomaly since December 1st.  You can see below that the entire region has been significantly colder than normal since that date.

Another cool map available on the Weather.US website was the total snowfall so far this season.  We’re definitely behind in terms of numbers, but the map itself is pretty text book looking in terms of where the most snow has been.  The West Virginia resorts have the most, followed by North Carolina, and there is somewhat of a snow hole over the Virginia ski areas.

All of the above means that the ski areas are sitting pretty right now.  The number of open trails has for the most part increased since last week.  A quick rundown of the numbers show this…

With the exception of West Virginia, all of the other states are at or just about at being 100% open.  Awesome!  I’ll include the note that the currently closed trails in WV are mainly natural snow only ones at Canaan and Timberline.

A Break for Now

We are about to see a pattern change and things will be milder for a bit.  As of right now, it’s nothing too drastic and I don’t think we have to worry about the word “blowtorch” being thrown around (I’m looking at you Panovich).  Ray’s Weather in the High Country of NC put it best this morning…”Don’t expect spring, but do expect generally kinder, gentler weather.”  At times in recent weeks the cold and wind has been brutal, so I think all of us are ready for “gentler” conditions.

This weekend is a great start to that stretch of more bearable weather.  If you are making plans to get some skiing or riding in, and you should, then you’ll be able to shed some layers and enjoy the fantastic snow conditions we have right now.  As I mentioned at the beginning of the report, high temps will be in the 40’s and even 50’s for some resorts.  Saturday is definitely the choice pick of the weekend and “bluebird” will be the word of the day.  (EDIT:  Looks like the forecast has changed a bit, as it won’t be quite as sunny for some areas as was anticipated.)  Sunday isn’t quite as nice and there is a slight chance of sprinkles up in West Virginia, but it looks pretty good nonetheless.

The weekend is almost here and it’s going to be a good one.  Depending on your preference in weather, it could be the best one of the season thus far!  The snow is certainly stellar and there’s plenty of open terrain to be ridden.  Wherever you go, enjoy it!